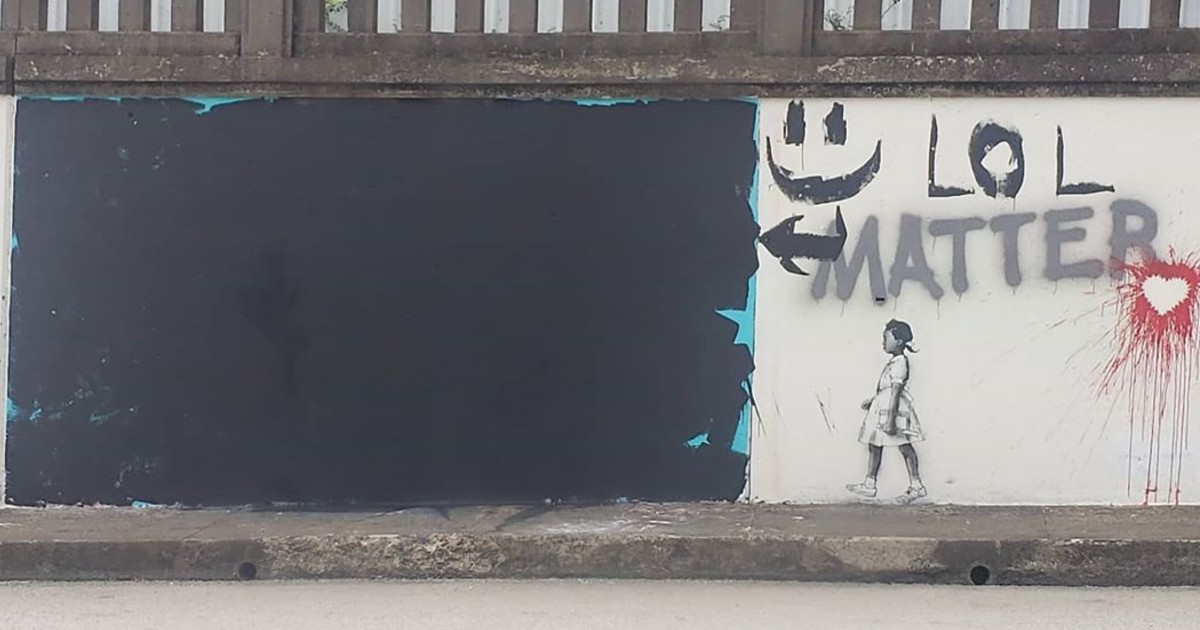 Recently, two Arkansas artists have had their murals defaced. Their works of art, which were meant to spread love and honor Black women, were ruined when someone made a mess of them with paint, and in one instance made a reference to white supremacy.

Adaja Cooper painted her first mural alongside several others on 7th Street in Little Rock. It took her more than 12 hours over the course of two days, but when she was finished, she was in awe.

“I just stood back across the street and looked at it like, ‘Wow! I did that,’” she told KATV.

But then for seemingly no reason her mural, “Aint I a Woman?”, was doused in black paint.

“I have absolutely no idea why someone would go to this extent to silence a piece of art. Especially something that’s trying to uplift the community.”

Another local artist saw the vandalism and scrapped the black paint off, allowing Cooper to fix her work with just a few touch-ups.

Sadly, just a few days later, Cooper’s mural was vandalized again. This time white paint was splattered all over her art.

The act of vandalism comes after another mural promoting love was defaced in Fayetteville, Arkansas.

Olivia Trimble, who has been covering up hate speech with murals since 2016, discovered one of her murals had recently been vandalized.

In late July, Trimble came across a photo of racist graffiti on the side of a building. It said “white pride!”

“Racism is not acceptable and especially spray-painted down the side of a building,” she told 4029 News.

Trimble came up with a design and painted a new sign.

She too recently discovered that her mural had been vandalized. Someone painted over sign to change its meaning.

According to 4029 News, police discovered a white supremacist slogan pained on the side of the building as well. They are currently investigating, in addition to providing surveillance, while the owner of the building is working on securing permanent security cameras.

“The person or group that is doing this, they are making a pretty good case for the fact that we have a lot of work to do here. And for my reasons in wanting to cover up this hate speech.”

I hope whoever is responsible for damaging these murals is caught and held accountable.

These works of art are meant to honor Black women and spread love, not promote a racist ideology.

Share this if you want to see the people responsible for the vandalism caught and held accountable.