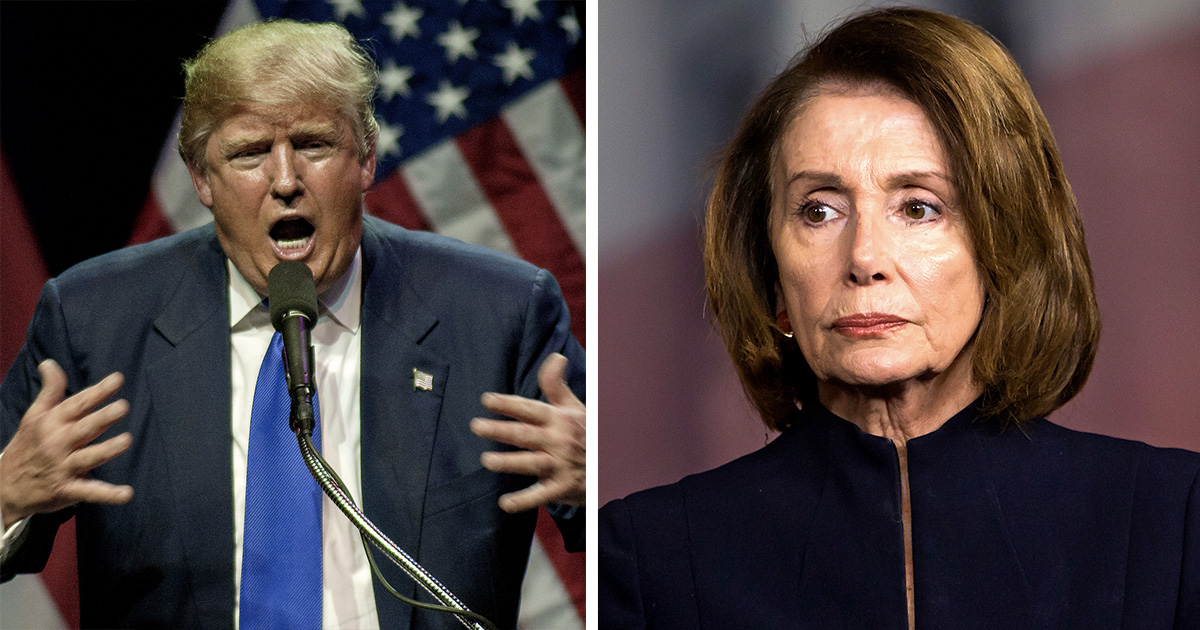 The historic second impeachment trial against Donald Trump has come to its end. The former president was acquitted for his involvement in the January 6 insurrection on the U.S. Capitol. However, House Speaker Nancy Pelosi is not ready to let go of the riots.

Pelosi announced plans Monday to establish an outside and independent commission to investigate “the facts and causes” related to the January 6 riots.

In a letter sent to House Democratic, Monday, Pelosi said that she plans for the creation of the commission will be modeled in the same way as the commission that was established after 9/11.

“It is clear from his findings and from the impeachment trial that we must get to the truth of how this happened.”

Lawmakers from both parties agreed that there should be a 9/11-style investigation into the Jan. 6 Capitol riots.

“We need a 9/11 commission to find out what happened and make sure it never happens again, and I want to make sure that the Capitol footprint can be better defended next time,” Sen. Lindsey Graham (RSC) told Fox, as quoted by Politico.

The 9/11 Commission was a bipartisan-panel led by former Republican New Jersey Gov. Tom Kean and former congressmen Lee Hamilton, R-Ind. It involved interviews with witnesses, several public hearings as well as subpoenas during its nearly two years in existence.

During an interview on ABC’s “This Week,” Democratic Senator Chris Coons said “there’s still more evidence that the American people need and deserve to hear and a 9/11 Commission is a way to make sure that we secure the Capitol going forward.”

Pelosi mentioned the work of Lt. Gen. Russel Honoré – now retired – who has “been assessing our security needs by reviewing what happened on January 6 and how we must ensure that it does not happen again,” she wrote.

“As we prepare for the Commission, it is also clear from General Honoré’s interim reporting that we must put forth a supplemental appropriation to provide for the safety of Members and the security of the Capitol.”

A commission like this would involve members outside the government, and not elected leaders. According to CNN, it would also be established by a statute and passed by both chambers, and in the end be signed into law by the president.

However, Nancy Pelosi came under fire for what Republican calls riot security failures during the U.S. Capitol attack.

Just hours before Pelosi’s letter, four House Republicans had sent a letter to her, suggesting that she may have been responsible for the delay in deploying the National Guard before as well as during the January 6 attacks on the Capitol.

“Five weeks have passed since the January 6th attack on the Capitol building, and many important questions about your responsibility for the security of the Capitol remain unanswered,” their letter reads.

However, the Republican letter didn’t include anything about Senate Minority Leader Mitch McConnell, who was the Senate majority leader during the insurrection.

Nancy Pelosi’s deputy chief of staff Drew Hammill said that the Republican’s letter was a “transparently partisan attempt to lay blame on the Speaker,” according to NPR.

Even though the impeachment trial against Donald Trump is over, the differing opinions about the seriousness of the January 6 attack on the Capitol continue.

Speaking with WISN-AM Radio, Wisconsin Sen. Ron Johnson of Wisconsin – who was one of 43 Republican senators who voted not to convict Donald Trump – said that it didn’t seem like an “armed insurrection”.

What do you make of all this? Please give us your opinion in the comment box on Facebook – we always encourage a healthy debate!