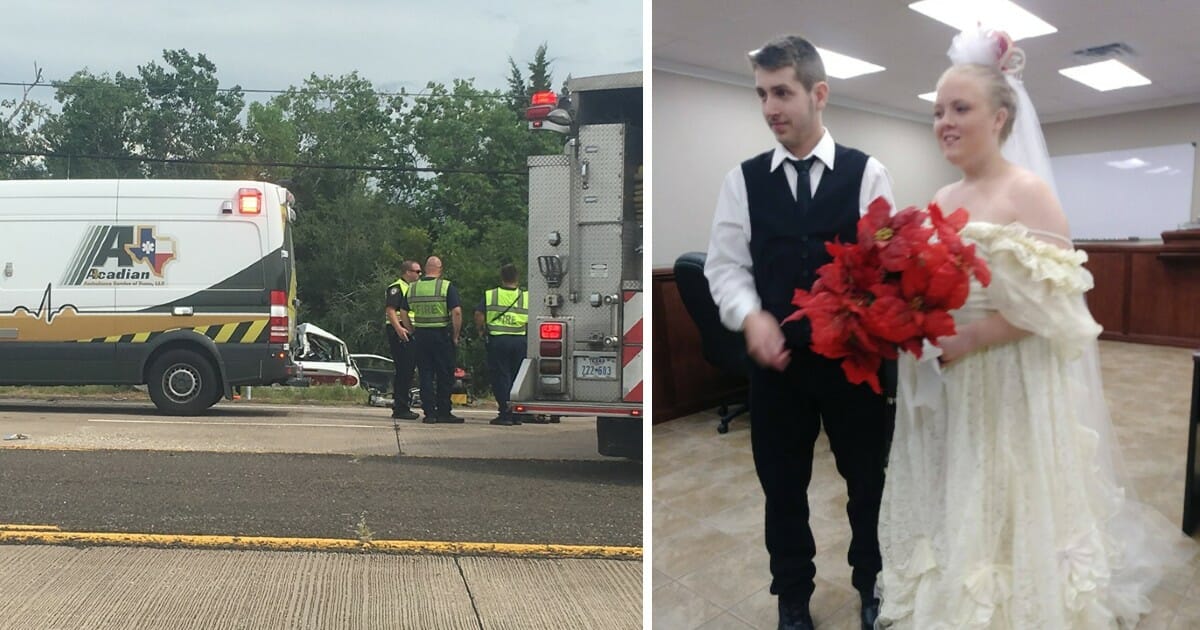 The day was supposed to be filled with family celebrating the union of childhood sweethearts, but instead the newlyweds’ family ended the day mourning the loss of Harley Joe Morgan, 19, and Rhiannon Boudreaux Morgan, 20.

The newlyweds were killed in a car accident minutes after they said their vows.

On August 23, family and friends gathered at a courtroom in Orange County, Texas to witness Harley and Rhiannon say, “I do.”

As they left the court, tragedy struck.

“They hadn’t even been married for five minutes,” Harley’s mother, LaShawna Morgan, told the Beaumont Enterprise.

As the couple pulled out onto the highway from a private drive, an oncoming pickup truck pulling a trailer hit their car flipping their vehicle multiples times before it came to a rest in a ditch.

“I had to sit there and watch my two babies die,” LaShawna said. “That is an image I will have for the rest of my life. I still have his blood on my hands from trying to pull him and her out of there.”

The driver of the truck reportedly stayed at the scene and was not injured. However, Harley and Rhiannon did not survive. The justice of the peace who married the childhood sweethearts moments earlier declared them dead.

“I witnessed my own worst nightmare,” LaShawna told KFDM. “That’s an image that will haunt me the rest of my life. I won’t forget it. It will never go away. I will see that truck hit my baby and kill my baby every night of my life, the rest of the time that I’m on earth.”

The couple, who wanted to start their lives together, planned on having a larger wedding ceremony in December. Instead, family members are forced to remember the young adults and think of what could have been for the happy couple.

What a terrible tragedy. I cannot even begin to imagine what their family is going through right now.

Let’s pray for them during this extremely difficult time.