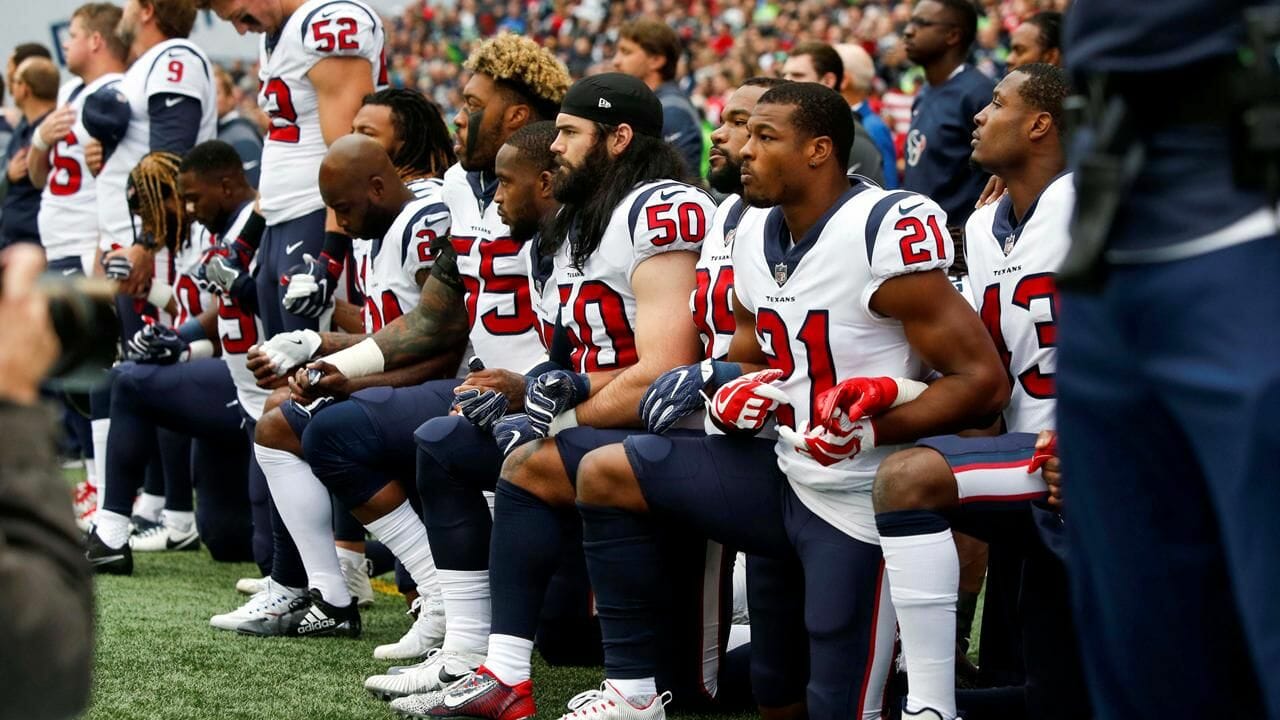 The NFL have announced that the league has adopted a policy to fine teams and personnel who refuse to stand during the national anthem.

As per Fox News, it has been declared that anyone who does not “stand and show respect for the flag and the Anthem,” will be slapped with a fine.

The policy reads: “The 32 member clubs of the National Football League have reaffirmed their strong commitment to work alongside our players to strengthen our communities and advance social justice.”

The shift in policy comes in the wake of the numerous protests started by former San Francisco 49ers quarterback Colin Kaepernick in the 2016/17 NFL season. Kaepernick knelt during the national anthem to protest perceived police brutality, and was later mimicked by a number of other high-profile players, including former teammate Eric Reid.

NFL owners are said to have met this week to consider the new policy, and released a statement yesterday. The teams of the league agreed on the following requirements:

Following Kaepernick’s kneeling protest – which spread around the NFL like wildfire – fierce debates were triggered up and down the country. President Trump openly criticised the move, while the league moved to pay almost $100million to social justice causes supported by certain players. Critics claimed this was a move purely in the interests of appeasing activist athletes.

Meanwhile, the National Football League Players Association (NFLPA) have reacted to the announcement of the new policy with a statement of their own.

“The NFL chose to not consult the union in the development of this new ‘policy.’ NFl players have shown their patriotism through their social activism, their community service, in support of our military and law enforcement and yes, through their protests to raise awareness about the issues they care about,” they said.

We’re sure it’s not the end of the road just yet in this debate, and will be keeping a close eye on its progress.

Do you think ALL players should be made to stand for the national anthem? Hit the SHARE button if so!