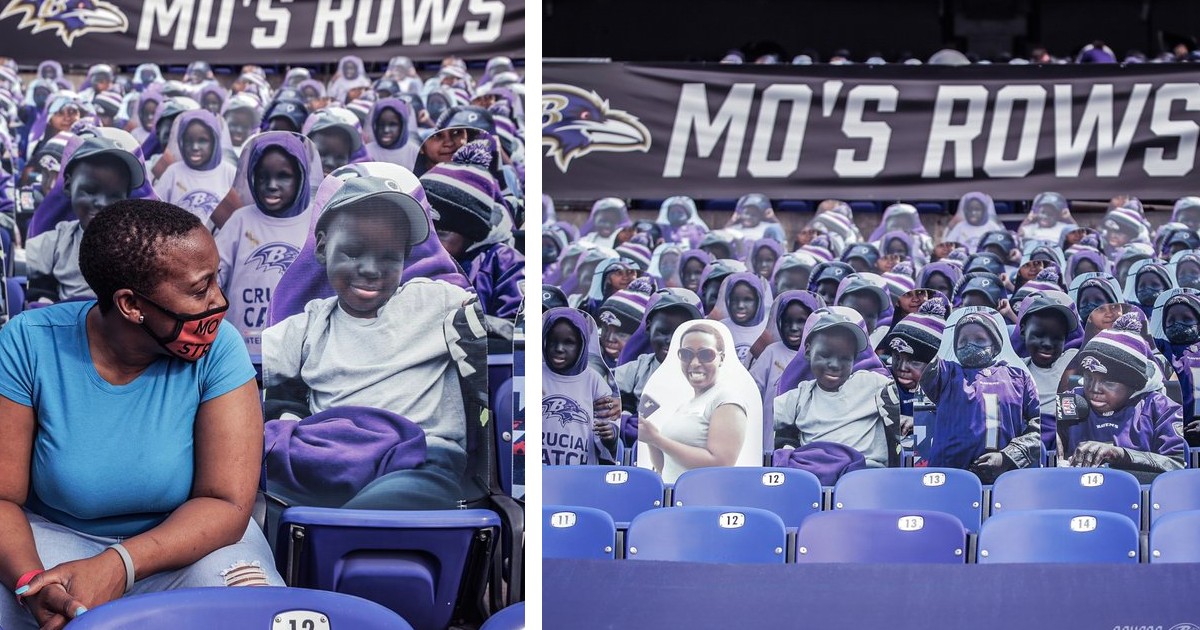 If you’ve watched any sports game during the pandemic, you’ve probably noticed the cardboard cutouts that have took the place of fans at sporting events.

At first they were bizarre, but now they’re almost normal?

When the Baltimore Ravens opened their season against the Cleveland Browns, they had several rows of “fans,” but they also had a special section for one very special fan.

They called it Mo’s Rows.

Mo Gaba was a 14-year-old who died on July 28, hours after he was inducted into the Baltimore Orioles Hall of Fame.

When Mo was just 9 months old he was diagnosed with cancer. Shortly after he became blind. By the age of six he had been diagnosed with retinoblastoma twice, and then received a diagnosis of osteosarcoma.

He spent most of his life in the hospital, but remained an avid sports fan, often calling into local radio stations.

And it was his love of sports that won him the opportunity to become the first person to announce an NFL draft pick in Braille in 2019.

After his death, the Baltimore Ravens honored him with a special end zone by painting the “MO” in Baltimore gold. They also placed 575 cutouts in a section of the stadium and named it Mo’s Rows.

The team also made sure to leave room for one very important cutout, his mother, who has been by his side the entire time.

“It’s hard to believe that my son left behind a legacy just being himself,” she said.

“He did nothing out of the ordinary and what he did in 14 years of his life, like, I can’t help but be proud of him.”

This tribute is a tearjerker. What an incredible gesture for the Baltimore Ravens to honor one of their superfans.

You won’t ever be forgotten, Mo!

Share this to pay your respects to a beloved fan.