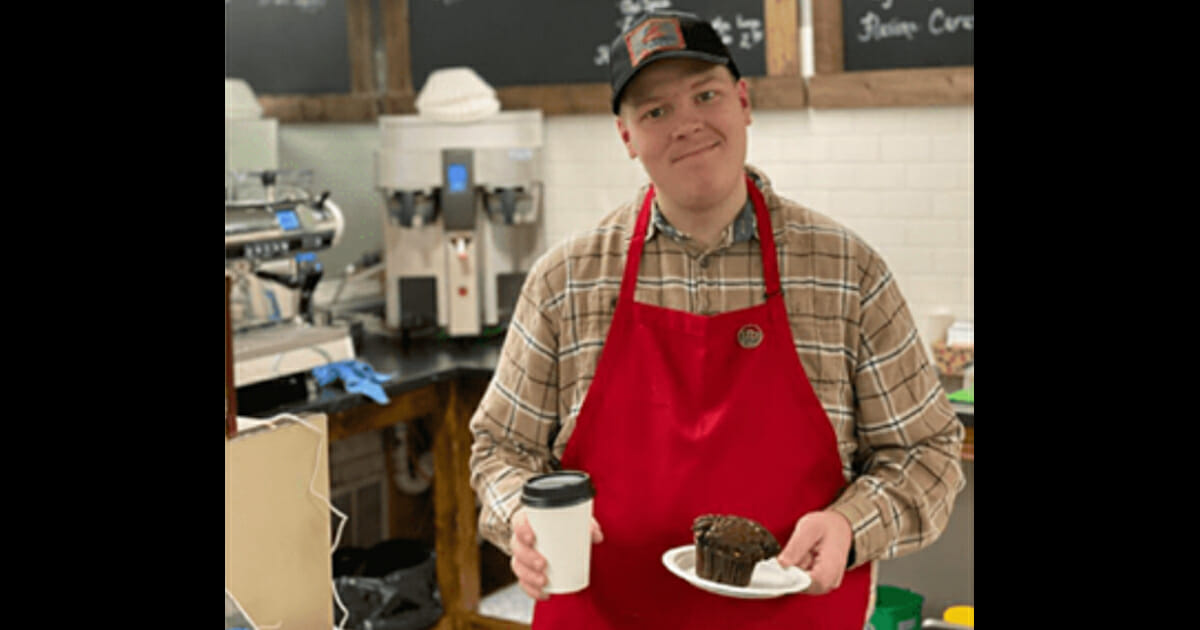 It’s becoming increasingly difficult to get a job these days, what with an ever-growing population and more and more roles being filled by automated machines.

Consider, then, how hard it is when you’re living with a disability. Sadly, in some walks of life, those who have disabilities find it even harder to find employment than the average person.

It was certainly that way for Michael Coyne. He began looking for jobs when he turned 21, but had little success. Michael has autism, and that might well have played a big part in his fortunes.

Undeterred, however, Michael decided he was going to find work in a different way … by starting his own business. He opened a coffee shop called Red, White and Brew in North Smithfield, Rhode Island.

The shop not only serves coffees, but also delivers an important message on the importance of providing jobs to people with disabilities.

“It’s not easy for parents to watch your kid sit around the kitchen table while everyone else is enjoying life and coworkers, and talking about their day,” she said.

Michael, though, has a drive and determination few can match. After his initial job search was unsuccessful, he took classes in business through New Jersey’s Development Disabilities Council.

Before long, Red, White and Brew had opened its doors to the public.

The shop’s social media bio reads: “We are a family owned coffee shop serving up more than a cup of coffee. We employ people with developmental disabilities, encourage community engagement, and change the way the world sees those with disabilities.“

“We’ve had parents come in with tears in their eyes with the hope that their young children will eventually be accepted into the community,” said Sheila.

What an incredible initiative! And what an enterprising and driven young man Michael is! Sheila, you should be proud.

Share this article if you agree Michael’s venture is a fantastic one.