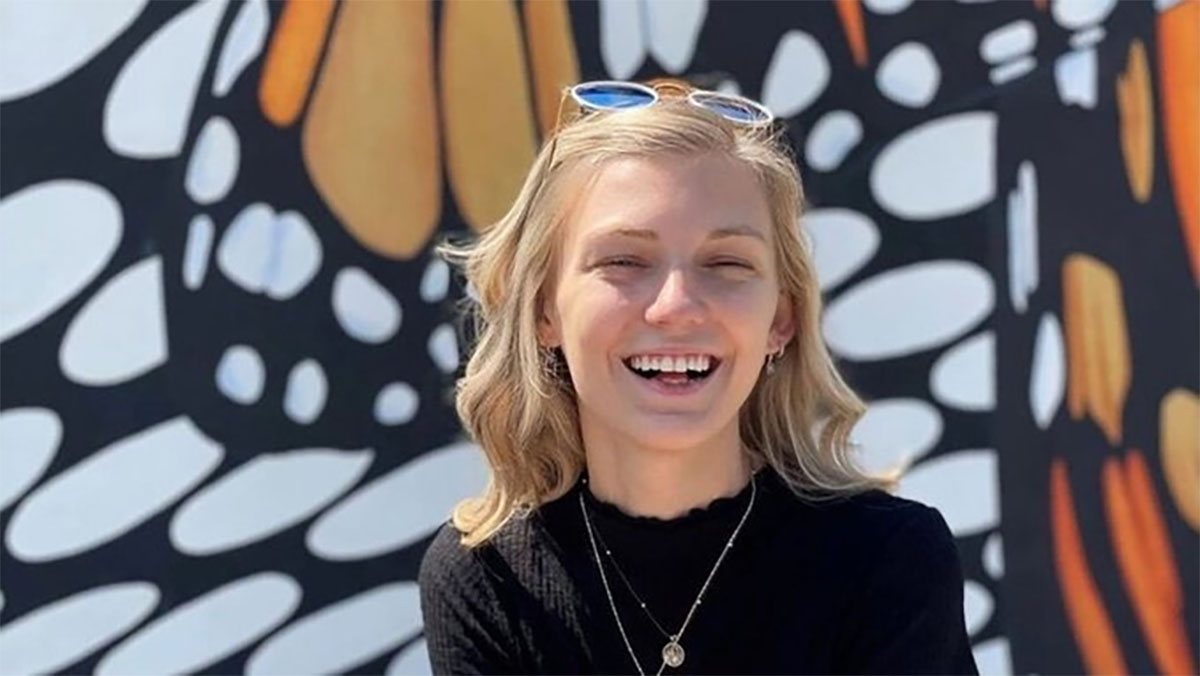 As a memorial for Gabby Petito in the North Port community continues to grow, one couple says she could have been their daughter.

The 22-year-old Long Island native lived with Brian Laundrie at his family home in North Port, Florida, before the two embarked on a cross-country trip.

The FBI has now confirmed that the body discovered near Grand Teton National Park in Wyoming is that of Gabby Petito, and her death has been ruled a homicide.

For North Point parents Lisa and Steven Carlisle, the death of Gabby Petito has hit close to home as they have a daughter Gabby’s age away at college.

Brian Laundrie arrived home early from their cross-country trip on September 1 without Gabby. She was reported missing on September 11, and three days later Laundrie went missing.

Lisa and Steven said they have been praying daily ever since hearing the news of Gabby’s disappearance.

But after hearing the news that a body had been found and later confirmed that it was Gabby’s they said they were heartbroken thinking about the pain that the young girl’s parents must be experiencing.

“It’s just very hard. I can only imagine what her parents are going through,” said Lisa.

They said their hearts went out to her parents and the emotions they must be suffering adding it was unimaginable that Gabby’s body was found in a Wyoming campsite – alone and isolated.

From one parent to another, the couple wants Gabby’s mom and dad to know that parents all over North Port and all over the nation are thinking of them.

The couple said they had to visit Gabby’s memorial on Tuesday night to show their love and support.

“We had to do this. We knew we needed to be here. We’ve been following the story since the very beginning. We’ve been praying that it wasn’t her. Then, we got the news it was her today and it saddened our hearts,” they said.

Many visitors have dropped off flowers, lit a candle, stopped to pray or tied a ribbon on a tree at Gabby’s memorial outside North Port City Hall.

“I have a 4-year-old daughter and I just can’t imagine what her parents are going through, how they feel. It is emotional,” Danielle Esposito told ABC7 News.

Lisa and Steven say the young woman could have been anyone’s daughter.

“This should touch everybody. This girl with the beautiful smile,” said Steven. “She looked like she had life in her hands, and it was taken away from her.”

Gabby’s death has left a nation in grief at the loss of a young women in her prime. May she rest in peace.