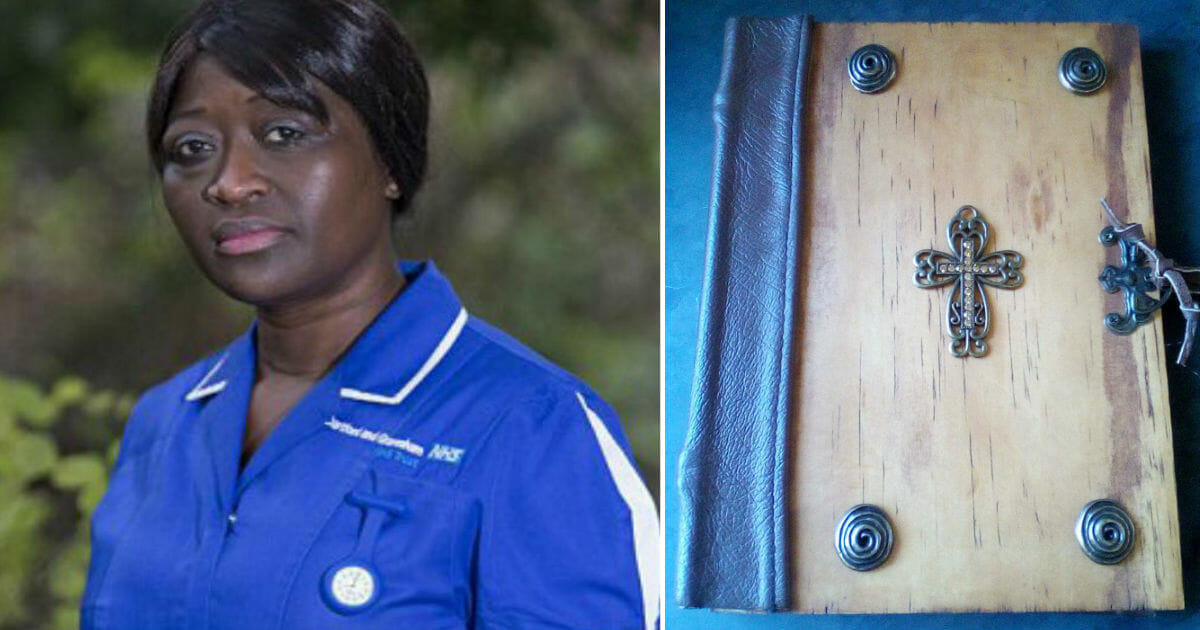 For many, religion is a source of comfort, especially during very difficult times like illness or financial hardship. People take comfort in the thought that there is a god who is looking after them and who will give them the strength to persevere.

While this is true for millions around the globe, it’s not true for everyone. Many prefer to stay away from religious tendencies, simply because they weren’t raised with those beliefs.

So when a nurse reportedly gave a cancer patient a Bible and encouraged him to pray, she was fired for breaking the rules.

A nurse has been "sacked" for offering to pray with her patients.Nurse Sarah Kuteh was reportedly dismissed from…

While this may have seemed to be a gesture of good faith, it was found that Sarah Kuteh was breaking a code of conduct as determined by the Nursing and Midwifery Council (NMC) rules. She repeatedly talked about her faith to other patients, unsolicited.

Sarah was then dismissed by Darent Valley Hospital after a patient complained about her behavior.

Sarah took this issue to court, but the court ruled in favor of the firing.

A nurse is fighting back after being fired for aggressively pushing her Christian beliefs on vulnerable patients. Sarah…

According to Daily Mail, the patient “had replied ‘open minded’ to the question on the form concerning religion and alleged the Claimant had told him that the only way he could get to the Lord was through Jesus.”

The court record elaborates on the incident.

“(She) told him she would give him her bible if he did not have one; gripped his hand tightly and said a prayer that was very intense and went ‘on and on’; and asked him to sing Psalm 23 [The Lord is My Shepherd] after which he was so astounded that he had sung the first verse with her. He described the encounter as ‘very bizarre’ and ‘like a Monty Python skit.”

Pray for Sarah Kuteh, the nurse who was fired for sharing her faith with patients. Pray that CLC’s legal challenge to…

Sarah maintains that she acted appropriately, requesting that there be distinction between appropriate and inappropriate expressions of religious beliefs in the code.

She also believes that the ruling is in direct conflict with her right to express her religious beliefs.

This is certainly a tricky situation. Many people would appreciate the comfort she could provide in discussing her religion, but that opinion is not universal. What do you think? Please share to get the conversation started!