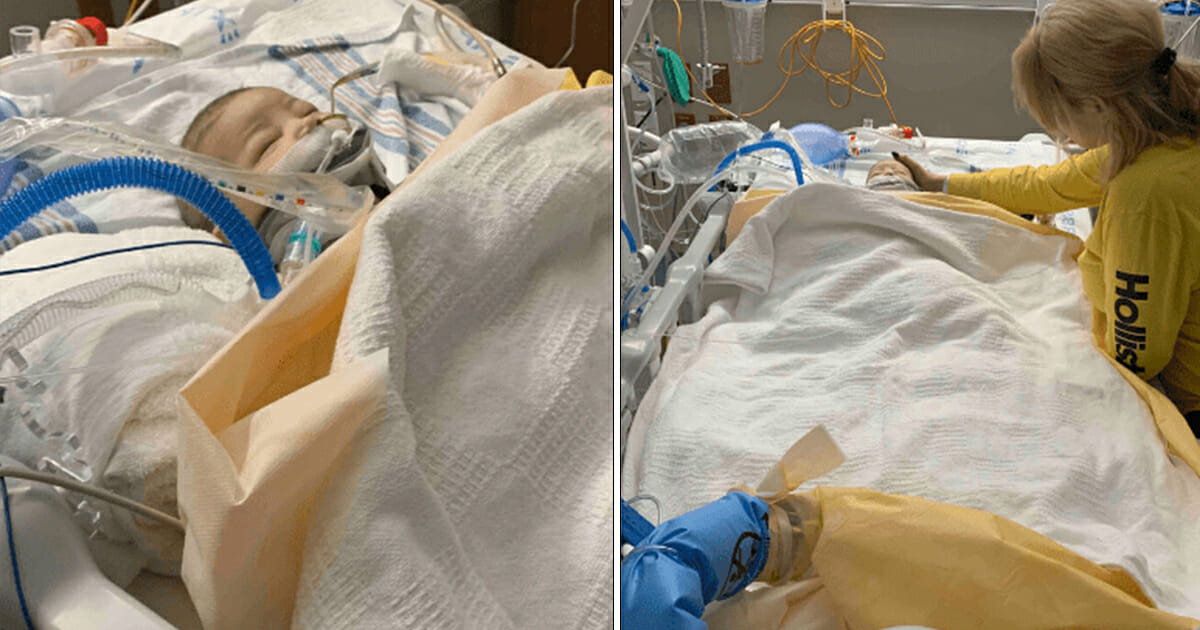 One-month-old Armani Cazares is still clinging to life almost two weeks after being shot by his mother’s boyfriend.

Reports relay how little Armani remains in intensive care. He was shot by 19-year-old Lance Tello, with the bullet exiting his back and shattering his vertebrae.

On top of that, the young baby has injured lungs and has since suffered brain damage, due to the lack of oxygen. As a result, Armani has been declared brain dead by doctors, but his mother is praying for a miracle and has asked the public for all their continued support.

18-year-old mom Daisy Delacruz said: “It’s a nightmare. My son was here and now he’s not.

“Now the doctors are telling me he’s not going to make it. That there’s no hope. That he’s practically brain dead.”

A GoFundMe set up for the little boy has already amassed over $10,000. Reports state that the offender, Tello, had been attentive during the pregnancy, having met Daisy when she was four months pregnant.

Then, one day, complaining of stress at work, the 19-year-old flipped.

Daisy told News24: “He stared at himself in the mirror for about a minute or two.

“I then see him reach in between the mattresses and I see him pull out a gun. He has no emotion in his face, he’s just looking at me with this evil look.

“And he’s looking at my baby, and I’m telling him, ‘You’re not going to shoot my baby.’ But before I could push him away from me, the gun goes off. And then I’m deaf.

“And then I turn around and I see my son. My son is on the floor and he’s turning blue.”

Tello remains in jail with a bond of $500,000. Armani, meanwhile, needs all of our prayers if he’s to pull through this. This poor little baby was critically injured through no fault of his own. I can only imagine what his mother is going through.

Please, help Daisy by sending your prayers to Armani. ❤️ Lord, wrap your arms around this poor baby boy and heal him.

Share this article to send your well wishes and support.