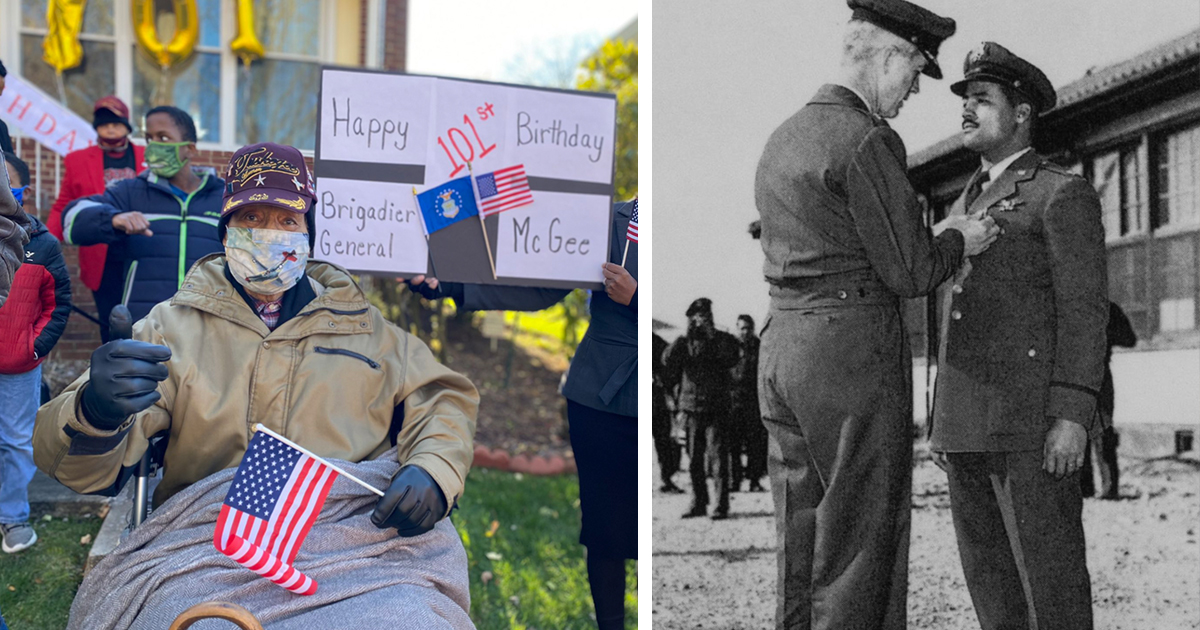 The ongoing COVID-19 pandemic has made it all kinds of difficult for the majority of us to experience what we would consider to be a normal year.

For many, the virus has meant that plans have been curtailed, trips have been canceled, and spending time with our friends and family has been severely limited.

For some, of course, it’s meant even more than that.

Those that sit in the ‘high-risk’ category – namely those of advanced years or those suffering from underlying conditions – have had it immeasurably tough. Many of them have been forced to self-isolate and stay inside for almost the entirety of the year.

Brigadier General Charles McGee is one of them.

One of the last living Tuskegee Airmen, Charles has experienced a year unlike any other, which is why celebrating his 101st (yes, 101st!) birthday was a special occasion indeed.

As per reports, the veteran was the center-piece of a special party thrown for him at his home in Bethseda, Maryland by his close friends and loving family.

Last year Charles got to fly a jet for his 100th birthday. This year the wow-factor might have been dialled back a bit due to the current state of affairs we find ourselves in, but the celebration was no less joyous for that.

General McGee is said to have flown four hundred and nine successful missions over the course of three separate wars – World War II, the Korean and Vietnam wars.

As a result, he holds one of the highest combat totals and longest active duty careers of any Air Force fighter pilot in history.

Honored by a drive-by parade in his name, General McGee waved an American flag and said: “It’s an honor to see another of life’s blessings.”

2020 might be a year many of us are looking to forget, but we should always remember the brave men and women like General McGee who have given so much for our country.