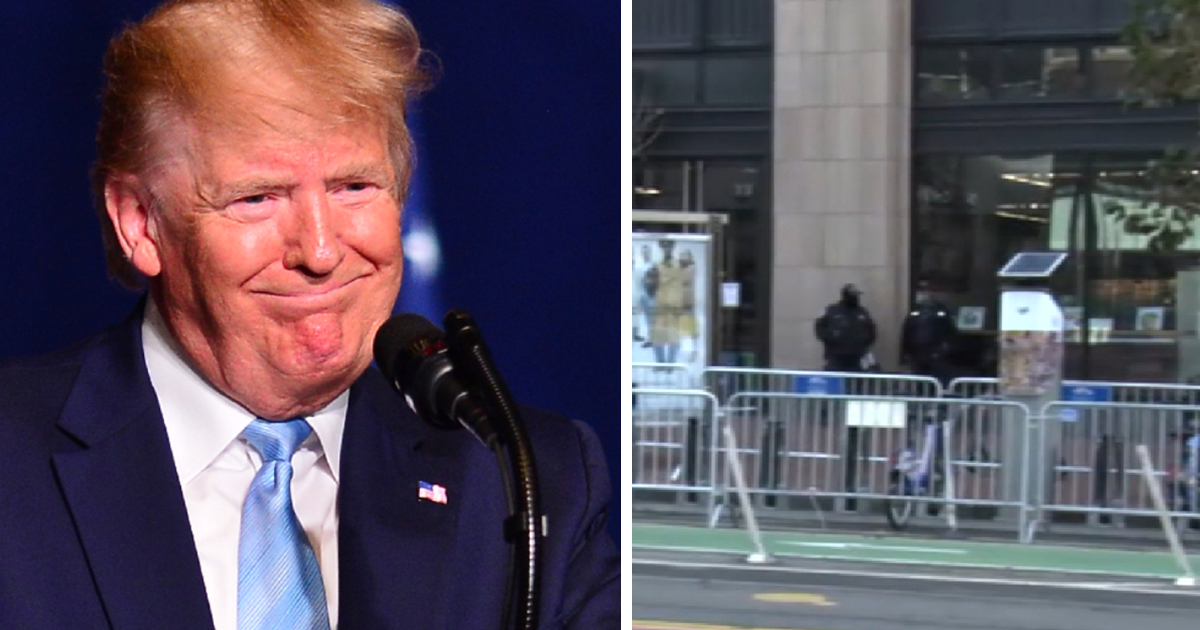 But just one person turned up to the pro-Trump protest on Monday, January 11 and was outnumbered by two counter-protesters who showed their support for Twitter banning the president.

Twitter has given President Trump a lifetime ban after last Wednesday’s shocking scenes when hundreds stormed the capitol building in an incident which left 5 people dead and more than 50 law enforcement officers injured.

Trump had encouraged supporters to march to the building which represents democracy in protest of the 2020 election result.

Prior to the organized rally, on December 20, Trump wrote on Twitter “Statistically impossible to have lost the 2020 Election…Big protest in DC on January 6th. Be there, will be wild!”

The outgoing president, who has just one week left in power, was given the lifetime ban by the social media platform “due to the risk of further incitement of violence”.

On the Donald.win forum, Trump supporters announced plans to show up at Twitter’s San Francisco headquarters and protest the company’s decision on January 11, as reported by The Verge.

Around 30 police officers were present in anticipation of any violence outside the building, which is empty as Twitter staff are working from home as per social distancing rules amid the pandemic.

But one pro-Trump protester showed up and two counter-protesters to support Twitter’s decision to ban the outgoing president holding signs which read “Counter Trump’s Coup,” and “Impeach! Remove today!”

Twitter Safety announced the ban on Trump on January 8, saying the company has made it clear that Twitter cannot be used to incite violence.

“In the context of horrific events this week, we made it clear on Wednesday that additional violations of the Twitter Rules would potentially result in this very course of action,” it added.

“Our public interest framework exists to enable the public to hear from elected officials and world leaders directly. It is built on a principle that the people have a right to hold power to account in the open.

“However, we made it clear going back years that these accounts are not above our rules entirely and cannot use Twitter to incite violence, among other things. We will continue to be transparent around our policies and their enforcement.”

Do you think support for Trump is waning following the violence at the Capitol last week? Feel free to leave your views in our comments section and don’t forget to share this story.