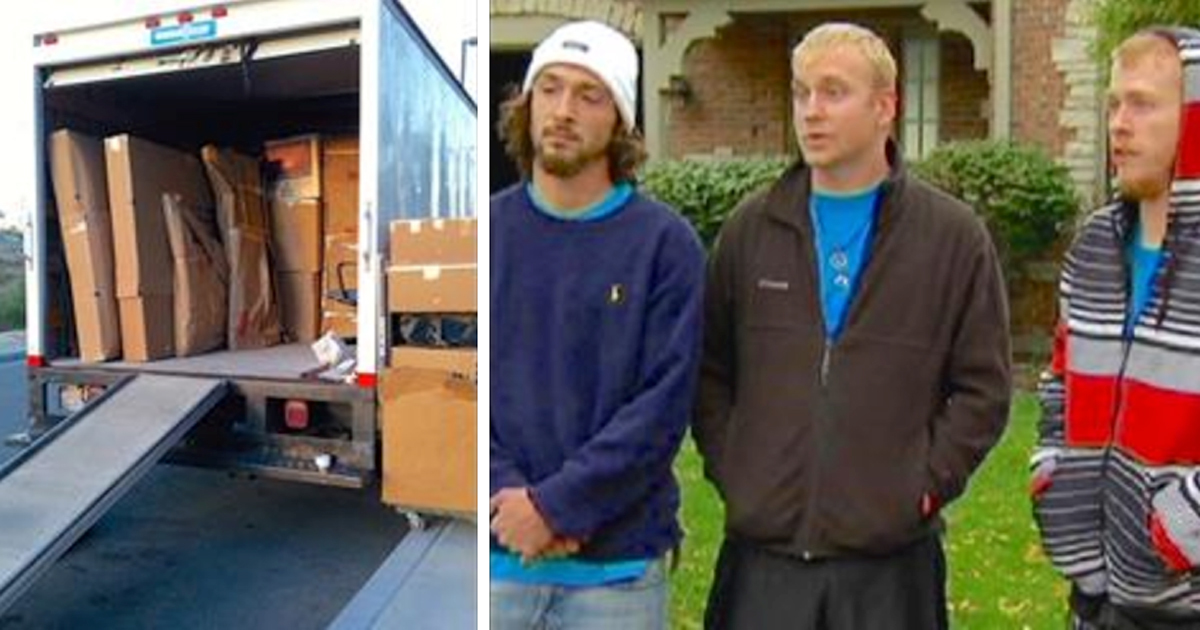 Josh, Cody, and Mike work at a moving company in Chicago. They were in the middle of a move when they heard screaming from the building next door.

“I think there’s a hero in all of us… it just takes a certain situation,” one of the guys said later.

And heroes are just what these guys are.

The staff at Wisdom Moving Chicago are used to transporting beds, couches, and every other household good. But one day last October, they put something quite unusual in one of their moving trucks: a person.

Josh, Cody, and Mike were loading boxes into their truck on a street in downtown Chicago. Suddenly, they heard screaming from the building next door. They turned around and realized that the screams were coming from a dentist’s office. Seconds later, a terrified woman rushed out the door.

Luckily, the guys managed to hide the woman in their truck so the shooter wouldn’t find her. Instead, the man, who turned out to be her ex-boyfriend, shot himself and died on the spot.

The three heroes have won the praise of thousands since the event.

What happened was very tragic, but I’m glad that the man didn’t shoot anyone besides himself. How amazing is it that Josh, Cody, and Mike were in the right place at the right time? Please share this story to pay tribute to them!