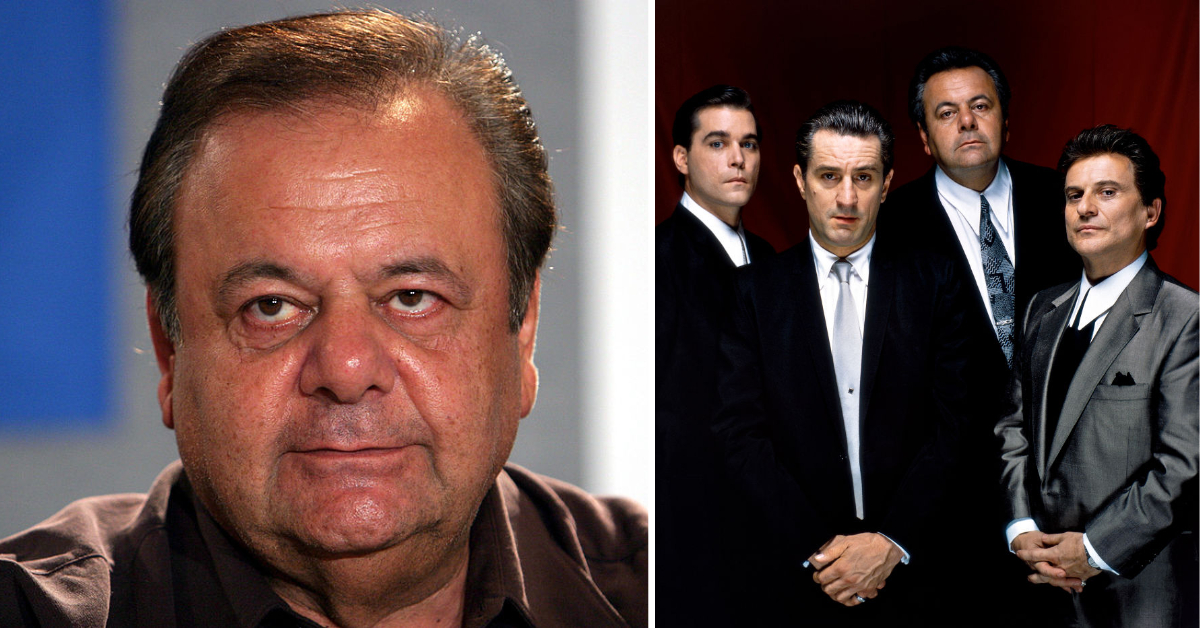 Paul Sorvino, the iconic character actor of stage and screen, has died at the age of 83.

The burly Sorvino was known for playing imposing authority figures on both sides of the law: two of his best-known roles were mob boss Paulie Cicero in Goodfellas, and Sgt. Phil Cerreta on Law & Order.

“Our hearts are broken, there will never be another Paul Sorvino, he was the love of my life, and one of the greatest performers to ever grace the screen and stage,” wife Dee Dee Sorvino said in a statement.

Sorvino was born April 13, 1939 in Brooklyn, New York. His father was an Italian immigrant who worked in a robe factory.

Sorvino took years of singing lessons and had early aspirations to be an opera singer, but while attending the American Musical and Dramatic Academy decided to become an actor.

Appearing on both stage and screen, Sorvino found success in the 1970s, receiving critical acclaim and a Tony nomination for his role in the Pulitzer Prize-winning play That Championship Season.

He had a major role in the Oscar-nominated 1973 film A Touch of Class, and in 1974’s The Gambler he played the bookie of James Caan’s character.

Goodfellas is widely considered one of the greatest movies ever made and established Sorvino as one of Hollywood’s go-to tough guys, but at the time he was unsure about taking the role.

“I was overjoyed but very worried,” Sorvino told the New York Times in 2015, in honor of the film’s 25th anniversary. “I’d done a lot of comedies as well as dramas, but I’d never done a really tough guy. I never had it in me. And this called for a lethality, which I felt was way beyond me.”

“I get a lot of ‘Hey, Paulie!’ every day. It’s a little rankling,” he added. “I didn’t want that to be my legacy. Later on, I made my peace with it. I’m tremendously proud that I was part of it.”

Despite his initial reluctance, Sorvino created one of Goodfellas‘ most memorable characters (“Paulie might have moved slow, but only because Paulie didn’t have to move for anybody,” goes one classic line) and the image of Sorvino as an imposing mob tough stuck throughout his career: he later played mob bosses in The Rocketeer and The Firm.

“There are many people who think I’m actually a gangster or a mafioso, largely because of Goodfellas,” he said in an interview. “I suppose that’s the price you pay for being effective in a role.”

“Most people think I’m either a gangster or a cop or something, but the reality is I’m a sculptor, a painter, a best-selling author, many, many things – a poet, an opera singer, but none of them is gangster, but, you know, obviously I sort of have a knack for playing these things,” Sorvino told Orlando Weekly in 2014.

“It’s almost my later goal in life to disabuse people of the notion that I’m a slow-moving, heavy-lidded thug, and most people’s impression of me IS that – because of the success of Goodfellas and a few other things… It would be nice to have my legacy more than that of just tough guy.”

And another memorable role had him playing on the other side of the law: he played Sgt. Phil Cerreta in early seasons of Law & Order, the partner of Chris Noth’s Detective Mike Logan.

Sorvino left the series after appearing in 31 episodes.

Sorvino was also the father of actress Mira Sorvino, known for films like Romy and Michele’s High School Reunion and her Oscar-winning performance in Mighty Aphrodite.

When Mira Sorvino disclosed that she had been sexually harassed by producer Harvey Weinstein, Paul had some choice words: “I will kill the motherf***er,” he told TMZ in 2018. “If I had known it, he would not be walking. He’d be in a wheelchair.”

Rest in peace to the great Paul Sorvino. A great, versatile actor who was great at playing mob toughs but who could also do so much more.

Share this story with your favorite memories of the great Paul Sorvino.