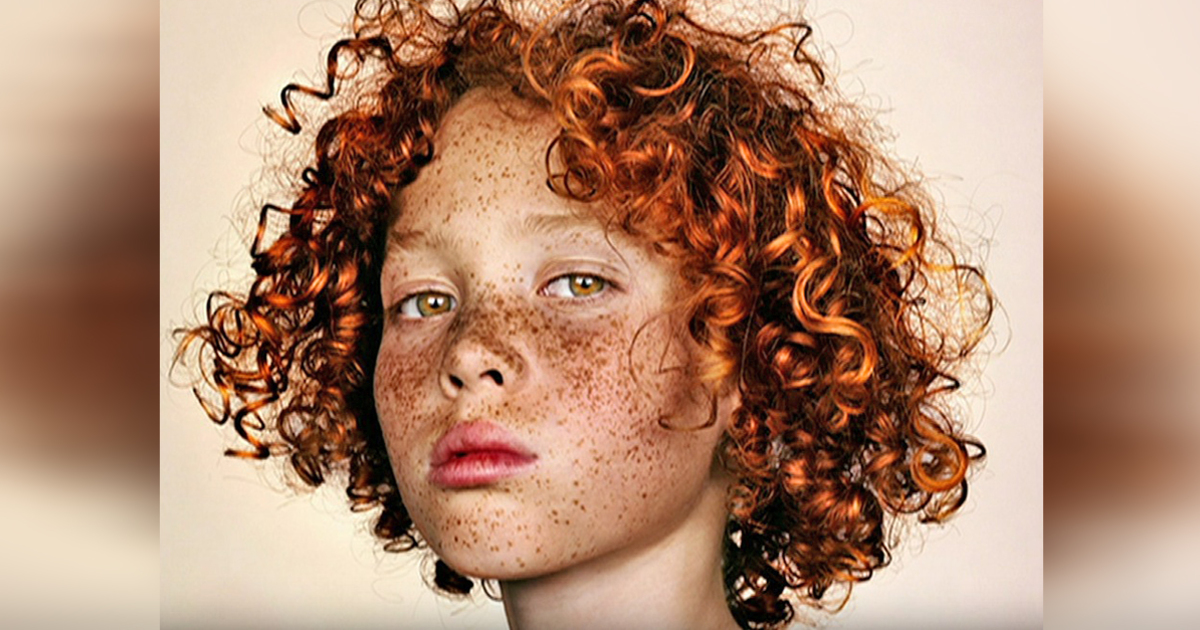 Globally, red hair is quite rare. Scientists estimate that a maximum of 2 percent of the world’s population has red hair, which is perhaps why so many myths have surrounded red heads over the years.

Throughout history, people have portrayed redheads as vampires, witches, demons, and devils. And unfortunately, some of these absurd characterizations still persist today. Even though it is 2016, people with red hair and freckles are often teased and red headed children are often bullied because of their freckles.

Fed up with this, photographer Brock Elbank decided to pay tribute to the beauty of the red-haired, ruddy, and freckled in a stunning series of portraits. Brock hopes this project will show that what some consider abnormal or strange is actually extraordinary.

Red freckles may not be common, but that’s precisely why we should see their beauty.

“I get e-mails from people saying how much they struggled with freckles as a child, but now they’ve grown to live with them, or even like them in later life,” Brock told BBC. “I don’t why people don’t like them. I love the unusual. So many people kind of blend in… I like people that stand out. The more the better, the better for me.”

Aren’t Brock’s portraits just stunning? Which one was your favorite? Share please this video with your family and friends if you think that freckles are beautiful, too!