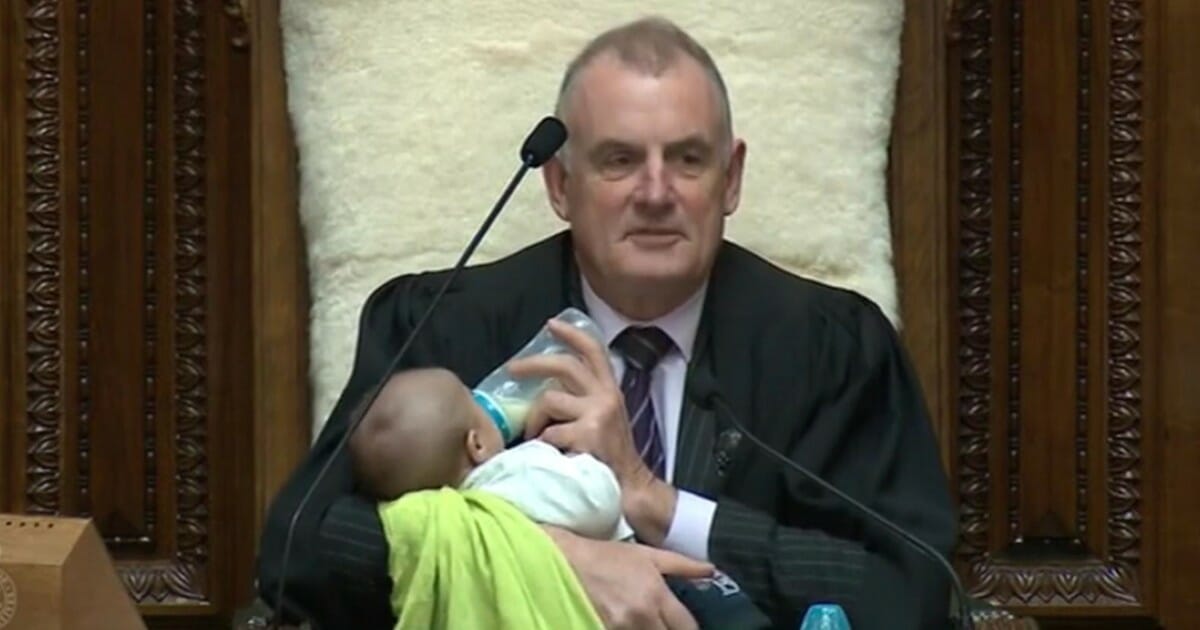 On Wednesday, the New Zealand Parliament welcomed a very important guest, the one-month-old son of a lawmaker.

The newborn, Tūtānekai Smith-Coffey, sat on Speaker Trevor Mallard’s lap as a debate took place. Mallard shared photos of the sweet moment and many on social media praised him for helping out a fellow politician.

On July 10, Tāmati Coffey and his husband, Tim Smith’s boy was born. The Labour MP only recently returned from paternity leave.

“I’ve felt really supported by my colleagues from across the House,” Coffey told Newshub.

On Wednesday, everyone got to see how his colleagues have been helping him transition back to work.

Normally the Speaker’s chair is only used by Presiding Officers but today a VIP took the chair with me. Congratulations @tamaticoffey and Tim on the newest member of your family. pic.twitter.com/47ViKHsKkA

During the general debate, Mallard held and fed Tūtānekai, as the boy’s father sat nearby.

“Babies have a way of calming down the intense environment of Parliament and I think we need more of them around to remind us of the real reason we are all here,” he said.

Shortly after Mallard shared photos of himself and Tūtānekai, he received praise for caring for a baby in a work environment.

Lovely to have a baby in the House, and what a beautiful one @tamaticoffey pic.twitter.com/EP6iP9eQES

While Mallard received praise for feeding a colleague’s newborn, Kwale Woman Representative Zulekha Hassan was kicked out of out Parliament for bringing her five-month-old after she had an emergency and didn’t have any child care.

This is so great that it’s becoming more normal to bring a baby to work. There is nothing strange about caring for a baby, it’s part of life!

Share this if you believe parents shouldn’t be shamed for caring for their children, even in unconventional places.