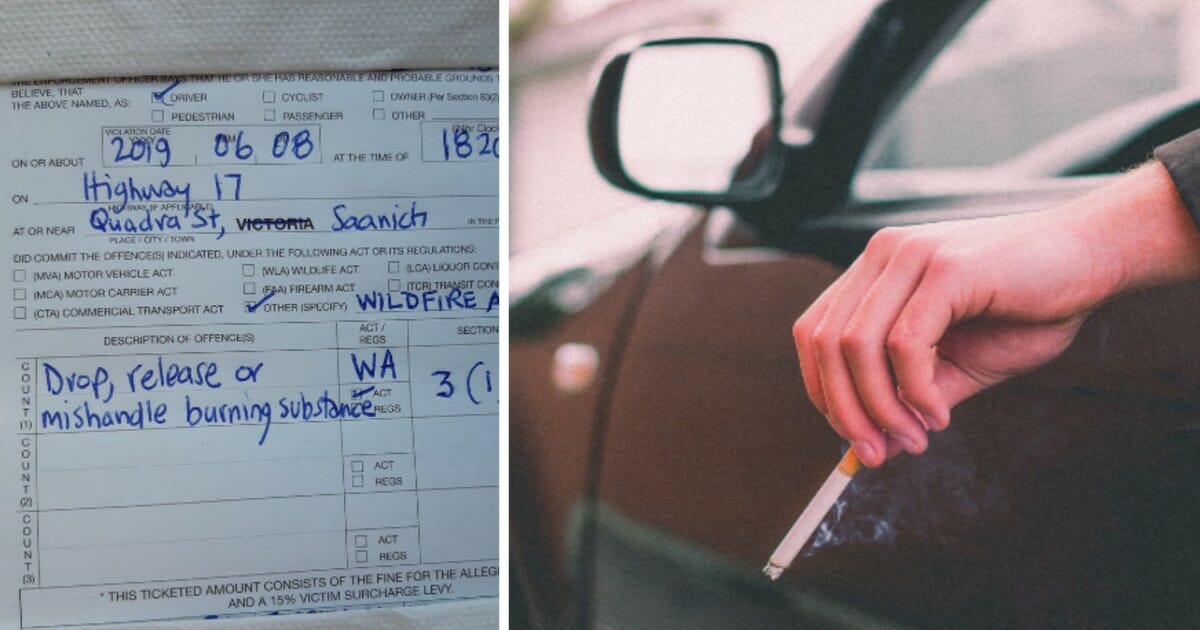 Littering is wrong. It’s something we were all taught when we were little, yet there’s some people who still do it.

Signs that tell the public not to litter line streets and highways informing pedestrians and motorists to toss their trash in a garbage can or keep it with them, but there’s a select few who still fling that banana peel out the window while driving 65 mph.

Well, one Canadian police chief has had enough, and now his ticket is going viral.

Victoria Police Chief Del Manak was driving behind a 21-year-old man when he noticed the driver flick a lit cigarette out his car window.

“I actually was disgusted by it,” Manak said. “I don’t have any time for people who carry on with this behavior.”

According to CTV News, the area’s dry conditions and fire danger rating prompted him to pull the driver over. When he questioned the driver’s motive, he was shocked.

“[I] asked him why he flicked his cigarette out and shockingly to me, he made the comment that ‘I don’t want my car to burn.'”

Manak posted the interaction and the $575 ticket on Twitter.

575 reasons to not throw your lit cigarette out the car window in front of @vicpdcanada. Happened in front of me on the hwy. When asked why, driver replied, "I didn't want my car to burn" as he pointed to his cup holder in console. My response, "Then don't smoke in your car." pic.twitter.com/FhAGJHYX7w

It wasn’t too long ago that Manak issued another driver a fine for improperly disposing of a lit cigarette along the same stretch of road. That time the driver was lucky and only received an $81 fine, but this time the police chief hopes others will get the message – extinguish your cigarettes!

Had this lit cigarette landed on some dry brush, it could have started a forest fire. It wouldn’t have been the first time.

Hopefully this driver learned his lesson and hopefully others will see there are consequences for improperly disposing of trash.