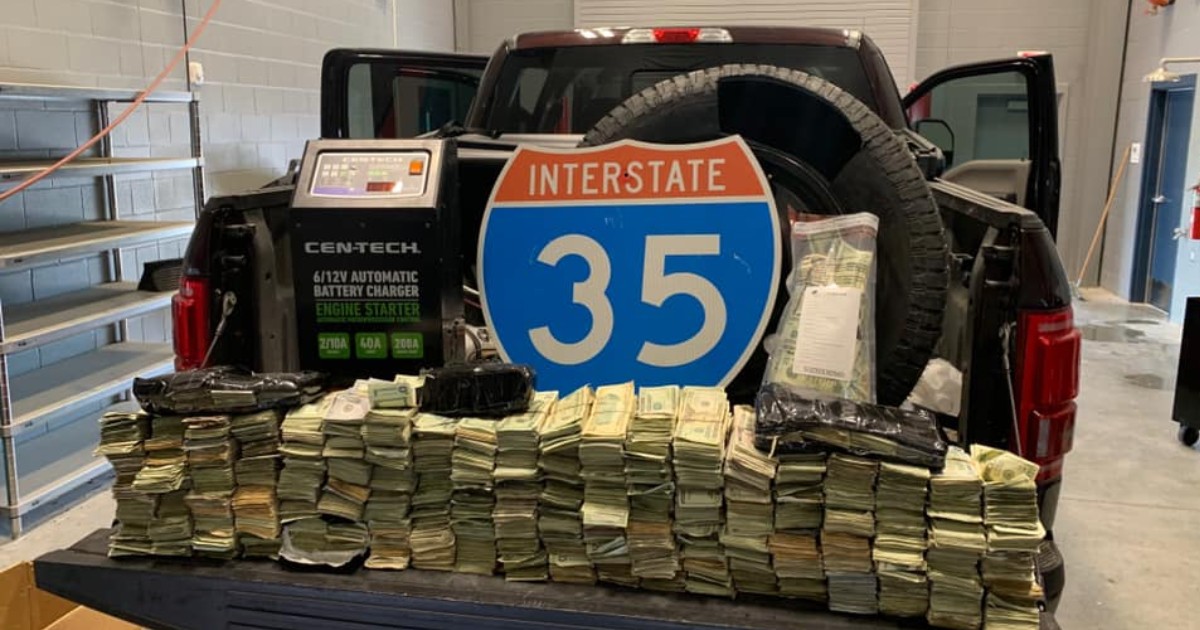 You can file this story under things you don’t hear every day.

Police in Robstown, Texas were in for a surprise when they recently pulled over a vehicle belonging to a suspected drug trafficker.

Their investigation resulted in a traffic stop of a suspected drug trafficker. During the stop, police discovered approximately $1 million in cash hidden in the tires of the suspect’s vehicle.

This is certainly not the first time police have discovered an exorbitant amount of cash stashed away in a car.

In 2016, police in Mississippi $1 million in cash hidden in all four doors of a rental car after they pulled the vehicle over and asked the occupants if they could conduct a search.

And in 2018, police in St. Tammany Parish, Louisiana discovered $370,000 hidden in a secret compartment of a vehicle that had been pulled over. The cash was suspected drug money.

Excellent job by our law enforcement! Share this to thank them for all the work they do to keep us safe.