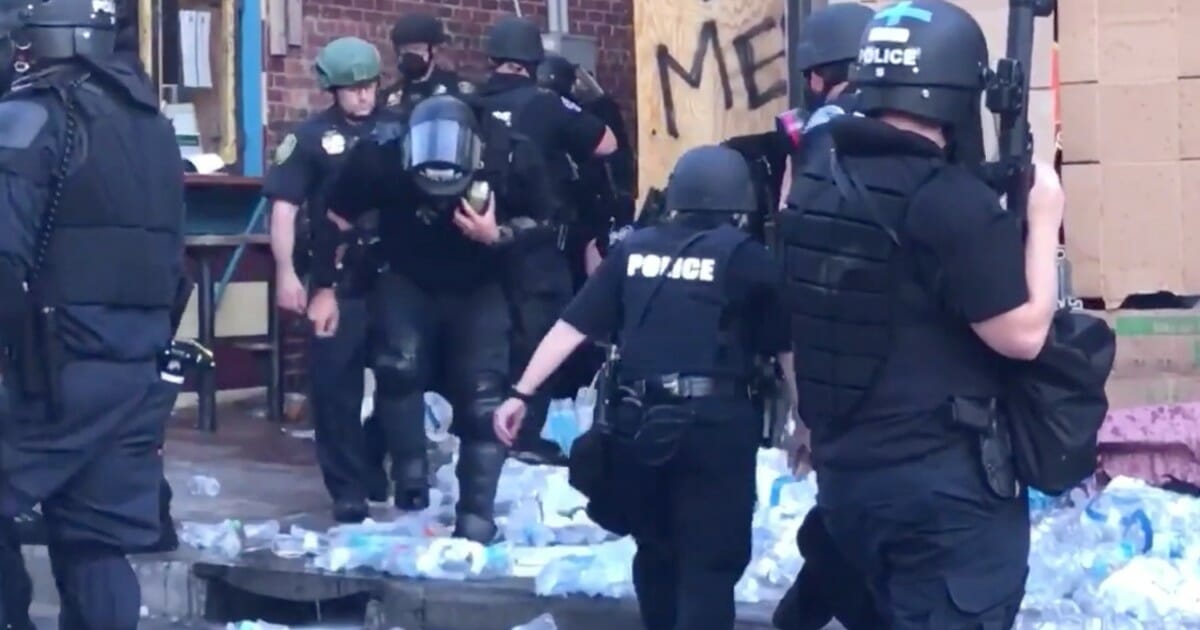 With thousands marching in protest and the news of police using excessive force against peaceful protestors, a group of volunteers in Asheville, North Carolina decided to set up a medic station.

However, on the third night of protests, police in riot gear destroyed a medical tent, and it was all caught on camera.

Those who volunteered to help at the medical tent estimated they lost $700 in supplies.

According to the Citizen Times, the clearly marked medical station was set up about a block away from the police station. Approximately 10-12 medics were on hand to distribute water, bandage anyone who was bleeding, or deliver saline rinses.

The trouble began as soon as protestors left the makeshift tent, around 8 p.m., the city’s curfew.

“A few minutes after 8 o’clock, we saw a SWAT team coming at us,” Sean Miller, a UNC-Asheville student, head of communication for the medical team, told the Citizen Times. “They immediately, when they approached, they said, ‘We’re Asheville Police Department, and you guys need to leave.’ They grabbed us by the shoulders and pushed out of the alleyway where we were trying to provide medical support.”

The volunteer medics witnessed Asheville police officers destroy all of their supplies.

No one was seriously injured.

Videos of the officers destroying the supplies quickly went viral.

Asheville’s mayor, Esther Manheimer called the event a “disappointing moment in an otherwise peaceful evening,” in a Facebook post where she said the council asked for an explanation.

The following day, Police Chief David Zack of the Asheville Police Department put out a statement saying the department would “always prefer confiscation over destruction.”

“We apologize for not being able to confiscate these supplies last night.”

Zack went on to explain that the officers destroyed the medical supplies because water bottles had been previously used as projectiles. He also noted that officers were searching for potential explosives. Meanwhile, that same night a loud firework reportedly went off near APD headquarters, but the police did not respond.

The medical station was also not approved by the city and was located on private property.

Miller disagreed with the police chief saying they never received a warning nor did they have anything that resembled an explosive. Miller did acknowledge they were set up on private property on June 2, but believed they rectified the issue when they spoke to management of the surrounding businesses.

Do you think it was right for the police to destroy the medical supplies? Let us know on Facebook.