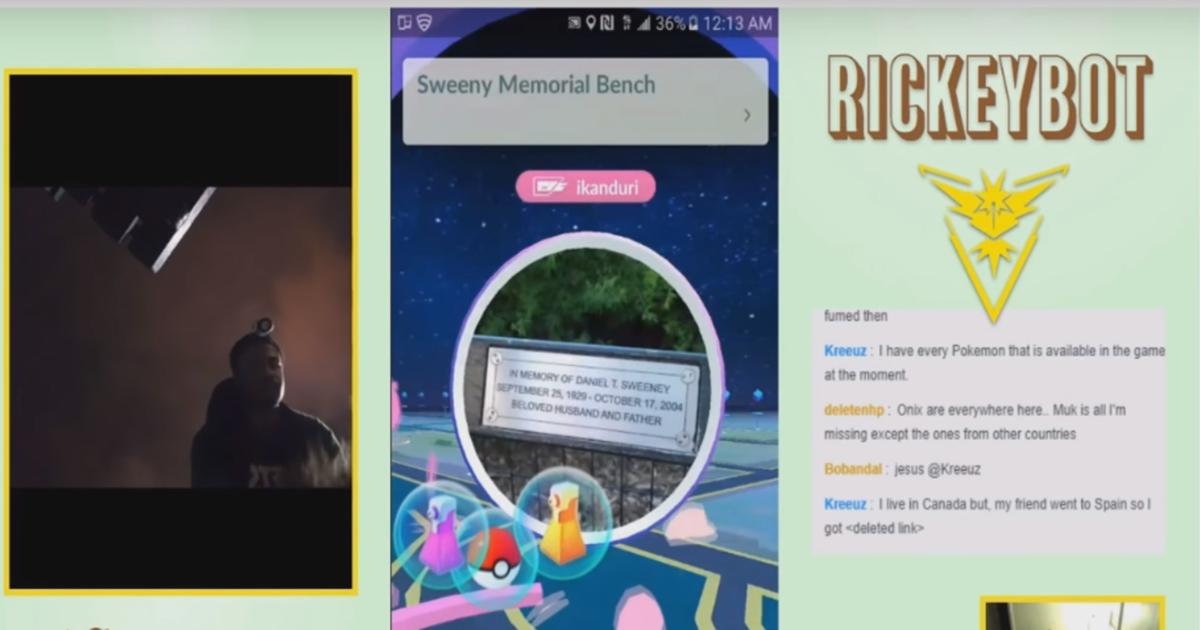 Police forces around the globe are warning Pokemon Go players to remain vigilant, after a player was mugged live on camera in the middle of Central Park, New York.

The victim, 43-year-old Ricky Yaneza was violently attacked before a mugger stole the three mobile phones he used to stream the game live.

During the live assault, which was all caught on camera, the victim can be seen getting punched from behind after a mysterious man was spotted in the background of the stream.

The mugger then tells him to take off his equipment before being filmed running away from the victim. His face in full view for anyone who might have been watching.

Yaneza was searching the Pokemon hotspot with a group of other enthusiasts. He became separated from the Poke troupe and was soon targeted by the mugger.

Speaking with popular gaming website Kotaku, the streamer said: “He literally just sucker punched me. My right jaw is swollen. He clotheslined me with his fist. I hit the ground. I have a bump on my head and a scratch on my elbow.”

Now, police chiefs are asking Pokemon Go users to be vigilant when searching for Pokemon – as distracted people are finding themselves easy prey for muggers and thieves.

Despite several warnings since the game’s release, several Pokemon Go players have been assaulted as they scoured their local neighbourhood for the virtual critters late at night.

In a statement, one officer said: “We don’t want to stop people playing this game, which has been a real craze this summer, but we do want to keep our roads and residential areas safe.”

Officers are investigating footage which was streamed live to hundreds of shocked fans of the game, who suggested calling 911 immediately.

I think it’s horrible that anyone would take advantage of someone distracted and rob them! Please share this story to warn others – especially parents of youth who might be playing Pokemon Go.