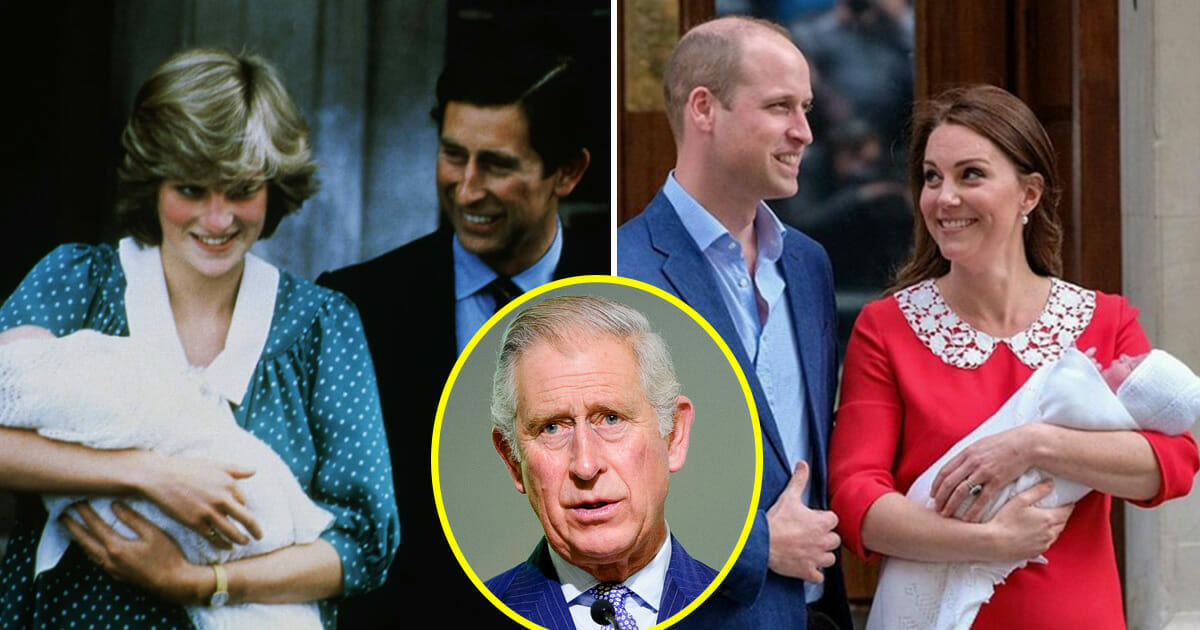 The United Kingdom has a new prince. On Monday, Kate Middleton, Duchess of Cambridge, gave birth to the third child of the marriage between herself and Prince William.

As per the BBC, the baby’s grandfather, Prince Charles, has made his first statement.

On Monday, a prince was born. Here’s what the official statement from Kensington Palace looked like:

Her Royal Highness The Duchess of Cambridge was safely delivered of a son at 1101hrs.The baby weighs 8lbs 7oz and The…

It also means that Prince Charles is a grandfather … again!

In a keynote speech @malarianomoreuk Summit The Prince of Wales said: "Combatting malaria is without doubt an issue of truly global urgency and I am encouraged and inspired to see how real is the determination of the international community to overcome this dreadful disease. The Prince said how he has travelled the Commonwealth and seen first-hand "the devastation that malaria can wreak on communities". His Royal Highness added that it's a wonderful demonstration of the commonwealth at its best; "…that we should witness such avowed determination to tackle the pernicious disease of malaria." #readytobeatmalaria #endmalaria

It was on February 24, 1981, that Charles and Diana Spencer were engaged. On July 29 of the same year, they were married in St. Paul’s Cathedral. 3,500 guests were in attendance, though the wedding was watched on television sets around the world by an estimated 750 million people. Almost all ruling monarchs were present.

The couple went on to have two children; Prince William in 1982 and Prince Harry in 1984. They separated in 1992. By 1996 their divorce had officially come into force, before Diana tragically died in a car accident in Paris in 1997. It was a blow felt by the whole world.

Since 2005, the Prince of Wales has been married to Camilla Parker-Bowles, the Duchess of Cornwall.

Posted by The Royal Family on Wednesday, 18 April 2018

69-year-old Prince Charles is the next in line for the British throne, a seat his mother, Queen Elizabeth II, has held since 1952.

Happy 92nd Birthday to Her Majesty The Queen! This photograph was taken in July 1946 when The Queen, then Princess Elizabeth, was 20 years old. On her 21st birthday, The Queen made a speech dedicating her life to service and to this day continues to carry out Royal Duties, from visits to charities and schools, to hosting visiting Heads of State and leading the nation’s celebratory events. Just this week, The Queen, as Head of the Commonwealth, hosted a dinner for Representatives and Heads of Government to celebrate the Commonwealth during #CHOGM2018 week. To mark Her Majesty's birthday, tonight BBC One and BBC Radio 2 will broadcast a special concert in celebration of The Queen's 92nd at the Royal Albert Hall. The Queen and Members of The Royal Family will attend. #QueensBirthday #HappyBirthdayHerMajesty ?PA

Before the birth of the latest prince, Charles boasted two grandchildren; Prince George, 4, and Princess Charlotte, 2.

Posted by The Royal Family on Wednesday, 18 April 2018

Both are children of Prince William and Kate Middleton.

Of course, on Monday the pair were given a young sibling. At 11:01, local time, a new prince was born. Later that same day, Kate and William presented the as-yet-unnamed boy to the gathered media outside St. Mary’s Hospital, London.

It means that Prince Charles has his third grandchild!

He’s now made a statement expressing his joy.

The Duke and Duchess of Cambridge leave St Mary's Hospital in London with their new arrival, a baby boy. Their Royal Highnesses have thanked all staff at the hospital for the care and treatment they have received, and thanked members of the public for their warm wishes.

“It is a great joy to have another grandchild, the only trouble is I don’t know how I am going to keep up with them.”

It’s good to see Prince Charles, who turns 70 this year, has retained his sense of humour. The royal baby, whose name has not yet been revealed, was visited by siblings Prince George and Princess Charlotte at the hospital, shortly before the family went home to Kensington Palace.

According to the Daily Express, Prince William was in a jovial mood. Outside of St. Mary’s Hospital he held up three fingers to signify the successful birth of his third child.

Feel free to share this article to show your congratulations!