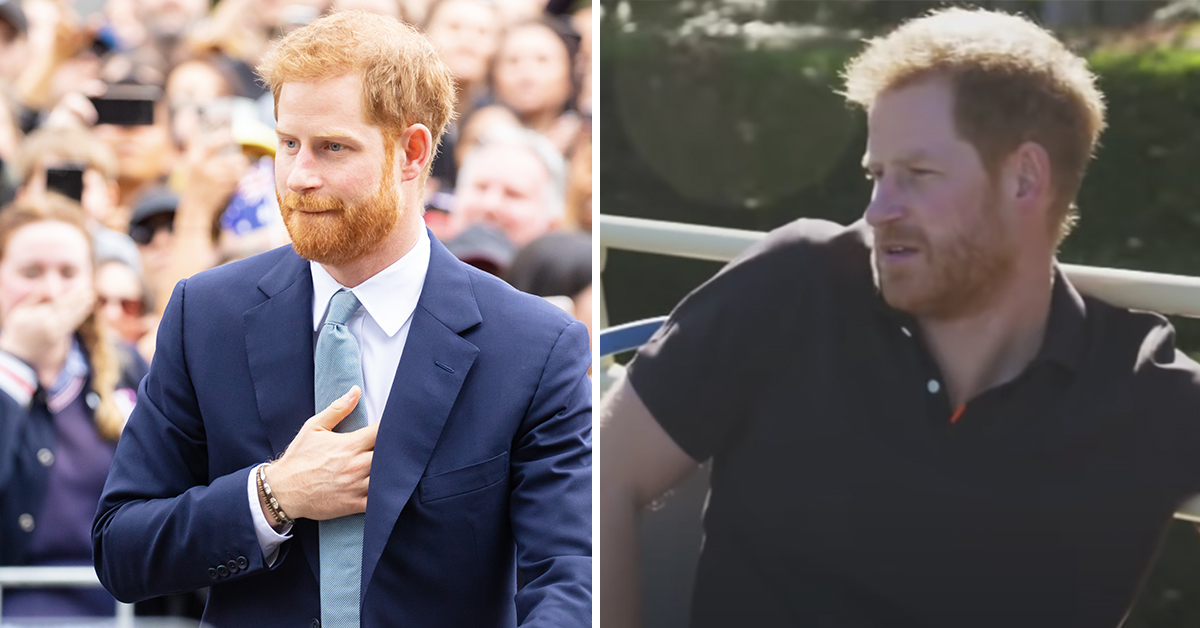 Let no one say that Prince Harry isn’t a man of resolve and character. The younger son of Princess Diana has walked through a veritable firestorm over the past year, and yet he remains determined to do right by his wife and their child.

Since marrying Meghan Markle in 2018, the British prince has had more to deal with than perhaps even he – with all his experience in the spotlight – could have expected.

Just this year, the couple have found themselves in and out of headlines on a weekly basis, thanks in no small part to their decision to go public and air their grievances related to the British Royal Family via Oprah Winfrey.

That ground-breaking sit-down was packed full of accusations, allegations and talking points that Queen Elizabeth and those around her would sooner have kept out of the light of day.

Harry and Meghan left no stone unturned when it came to the dirt they were willing to dish on the Royal Family, painting a bleak picture indeed.

Among the more serious allegations included Meghan being left feeling isolated when she harbored thoughts of ending her own life, and questions fielded by other, unnamed, members of the Royal Family as to what the skin color of their then-unborn son Archie would be.

Since then, Harry and Meghan have endeavoured to continue to build their new life across the Atlantic, though that’s proving to be a difficult task indeed.

The long and short of it is that the media simply won’t leave them alone. Speculation has continued to push the idea that Harry’s ties to the British Royal Family are all but burned, while much was made of his return to the UK for the funeral of Prince Philip.

The hope was that Harry and certain factions of his family – not least his brother, Prince William – would mend their sour relationship and restore at least some semblance of peace to their lives.

To that end, unfortunately, it doesn’t look as though things went to plan.

Rather, Harry and his brother William, who were the picture of brotherly love before the recent storm, were separated when it came to the funeral procession. Not only that, but Harry was said to have felt “ambushed” by his brother and father, Prince Charles, when they tried to hold talks with him after Philip’s ceremony.

Harry then returned to the US to be with Meghan, who is of course pregnant with the couple’s second child.

For their part, the couple appear determined to move on with their lives and adapt to a more civilian manner of living. They’ve inked deals with both Spotify and Netflix, while Harry has started working as Chief Impact Officer for mental health service start up ‘Better Up’.

Even so, Harry is not like to forget his past, nor the reason he felt forced to leave the UK in favour of the United States in the first place.

As it happens, the aforementioned interview with Oprah wasn’t the only recent sit-down Harry has had; he also took the time to link up with fellow Brit James Corden. During an open-top bus ride around LA, Harry revealed more elements of his decision to Corden, as well as explained who was the most to blame.

“[The British press] was destroying my mental health,” he said.

“This is toxic. So, I did what any good husband and what any father would do. It’s like I need to get my family out of here. But, we never walked away, and as far as I’m concerned whatever decisions are made on that side, I will never walk away. I will always be contributing, but my life is public service so wherever I am in the world it’s always going to be the same thing.”

Emphasizing that in his mind, he and Meghan haven’t walked away, he said: “It was never walking away. It was stepping back rather than stepping down. It was a really difficult environment.”

Just how Harry and the Royal Family will move forward remains to be seen. It should go without saying that we hope they can repair relations, but not unless Harry and Meghan Markle feel completely comfortable in doing so.

Obviously, there were many elements of life in the UK that they simply could not adapt to, and so perhaps it’s best if they are left to move on with their lives without the shadow of the royals looming over them.

Harry, of course, knows first hand the damage the press can do when they refuse to cease hounding someone. One need only cast their mind back to the tragic circumstances surrounding Princess Diana to be served a reminder.

What do you think about the whole situation involving Prince Harry, Meghan Markle and the Royal Family?

Do you think Harry did the right thing by removing his inner family from the situation and giving them the opportunity to move on in life?

Do let us know your thoughts and feelings in the comments box on Facebook! And share this article if you’re supporting Prince Harry.