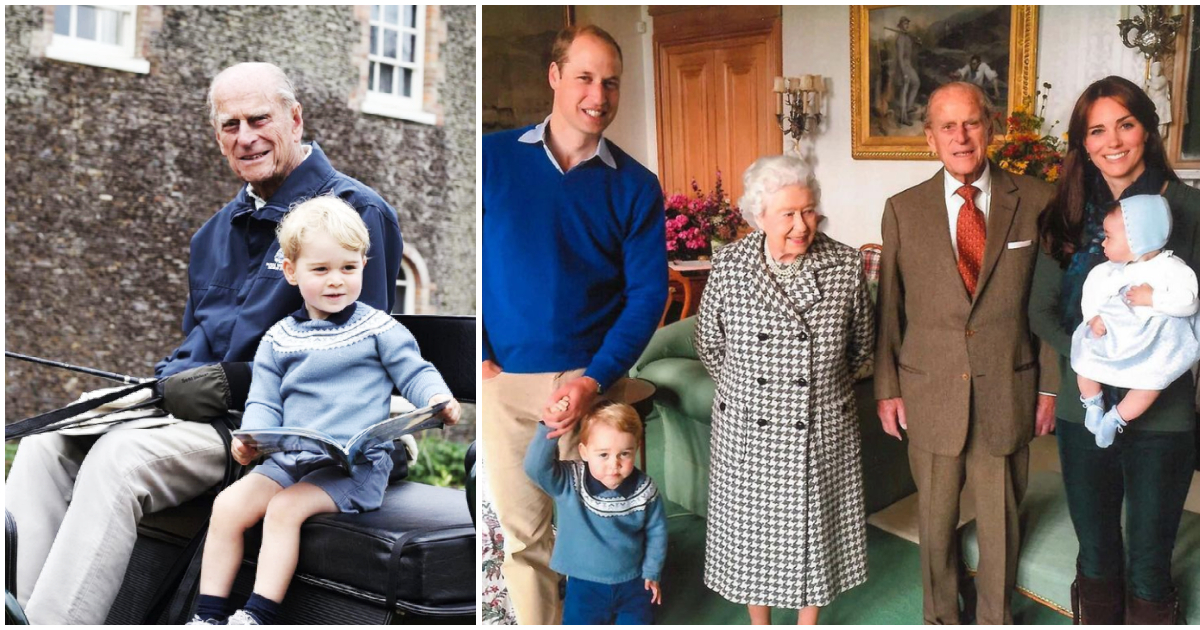 The world continues to mourn Prince Philip, the patriarch of the royal family who served for nearly seven decades as the queen’s consort, who died last week at the age of 99.

Philip was many things: a World War II veteran, an accomplished pilot, and the longest-living member of the British royal family. But he was also a family man who got to see the births of ten great-grandchildren.

The Royal Family today posted a photo of Philip and the Queen surrounded by their then-seven great-grandchildren:

Prince William, the Duke of Cambridge and second-in-line to the throne, has three children with his wife Duchess Catherine: Prince George, 7, Princess Charlotte, 5, and Prince Louis, 2.

They’re all still at a young age to be dealing with the loss of a family member, and they are not listed to attend Prince Philip’s private funeral service.

But the older children still understand the loss and are grieving for their great-grandfather.

“William told George, Charlotte and Louis that Prince Philip has ‘gone to heaven’ and ‘is an angel now,’” a royal insider told Us Weekly. “They’re still so young so he and Kate wanted to let them down gently.”

“Naturally, the children are very upset, particularly George and Charlotte. Louis is still very young and had only met Prince Philip a couple of times.”

The source said the children also helped William choose a photo of Philip to hang in their home in his memory.

In Prince William’s own tribute after his grandfather’s passing, he shared a photo of his son riding with Philip in a horse-drawn carriage. Prince Philip was famously an avid carriage driver.

He says his children, while still young, had the opportunity to get to know Philip.

“I will never take for granted the special memories my children will always have of their great-grandpa coming to collect them in his carriage and seeing for themselves his infectious sense of adventure as well as his mischievous sense of humour!” William wrote.

The Queen and Prince Philip had four children, eight grandchildren and ten grandchildren, while an 11th grandchild from Prince Harry and Duchess Meghan due this summer.

Prince Philip may be gone, but he will be remembered by many — especially the generations of family members who knew and loved him.