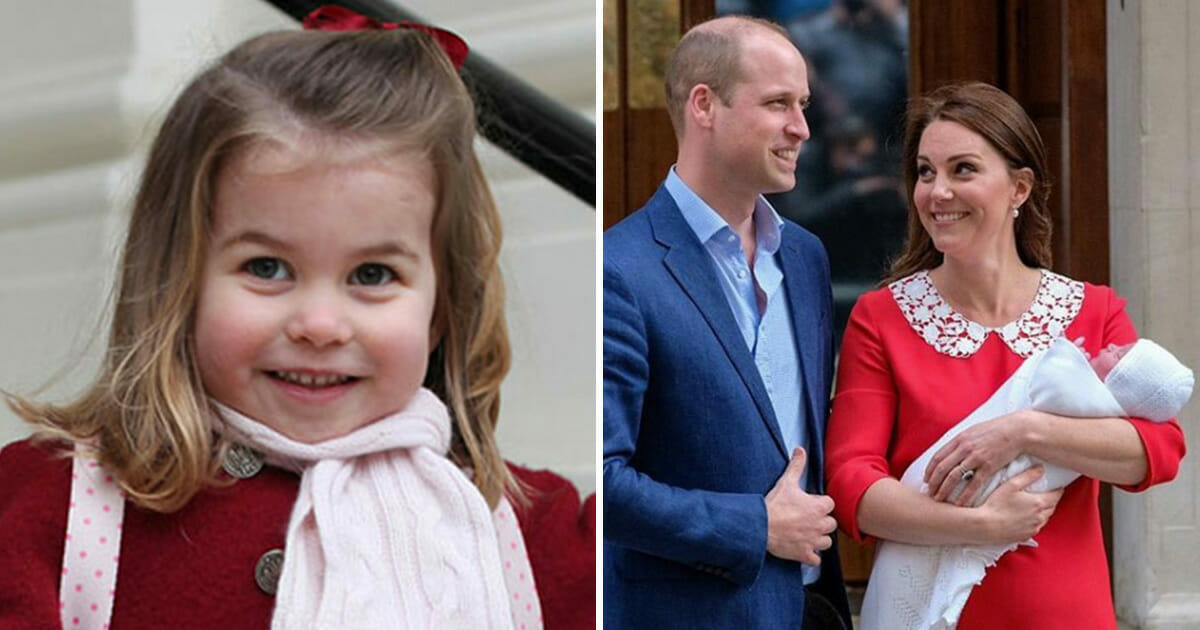 Shortly before noon – 11:01am, local time, to be exact, Prince William and Kate Middleton, Duchess of Cambridge, welcomed their third child to the world. Later that evening they proudly introduced their son to the gathered media outside St. Mary’s Hospital.

According to Buzzfeed, however, lost in the commotion of the birth, the new prince’s big sister was making history.

There was lots going on in London on Monday, when William and Kate welcomed their third child. Just as with Prince George, 4, and Princess Charlotte, 2, the new prince was delivered safely at St. Mary’s Hospital.

It was the couple’s second son, with speculation now rife in Britain as to what he will be named. According to the AFP news agency, it’s speculated that Arthur, Albert, Frederick, James or Philip are the most likely names for the new prince. The palace’s official Twitter account posted the following message in wake of the birth:

The Duke and Duchess of Cambridge and their son have traveled home to Kensington Palace today. Their Royal Highnesses would like to thank all staff at the hospital for the care and treatment they have received.

The baby was healthy, weighing in at 8Ibs, and reportedly Prince William was at his wife’s side throughout. Thankfully, both mother and child are doing well.

The new prince was met by his elder siblings on Monday afternoon; Prince George, who is 4, and Princess Charlotte, 2.

Interestingly enough, according to sources, Charlotte made a little piece of history herself on the day of her younger brother’s birth.

Prince George and Princess Charlotte arrive with The Duke of Cambridge at St Mary’s Hospital to meet their little brother.

The new prince’s arrival sparked a historic change in the British royal family, one that young Charlotte has benefitted from.

For the first time in 900 years, the newborn prince will not jump ahead of his elder sister in the line of succession, according to Buzzfeed. This comes as a result of a change to British law in 2013. The alteration only impacts children born after 2011, so, for example, Queen Elizabeth’s second child, Princess Anne, still comes after her younger brothers in the line of succession, despite the fact she’s older than them.

Essentially, it means that Princes Charlotte is the first female not to slip down the line of succession just because she is a girl. The four-year-old remains fourth, after her older brother, Prince George.

The Duke and Duchess of Cambridge are very pleased to share two photographs of Princess Charlotte at Kensington Palace this morning. The images were taken by The Duchess shortly before Princess Charlotte left for her first day of nursery at the Willcocks Nursery School.

Please share if you think this is an interesting bit of information! Do you think it’s good that the British monarchy is reforming and getting with the times? Let us know in the comments!

The Duke and Duchess of Cambridge are very pleased to share two photographs of Princess Charlotte at Kensington Palace this morning. The images were taken by The Duchess shortly before Princess Charlotte left for her first day of nursery at the Willcocks Nursery School.