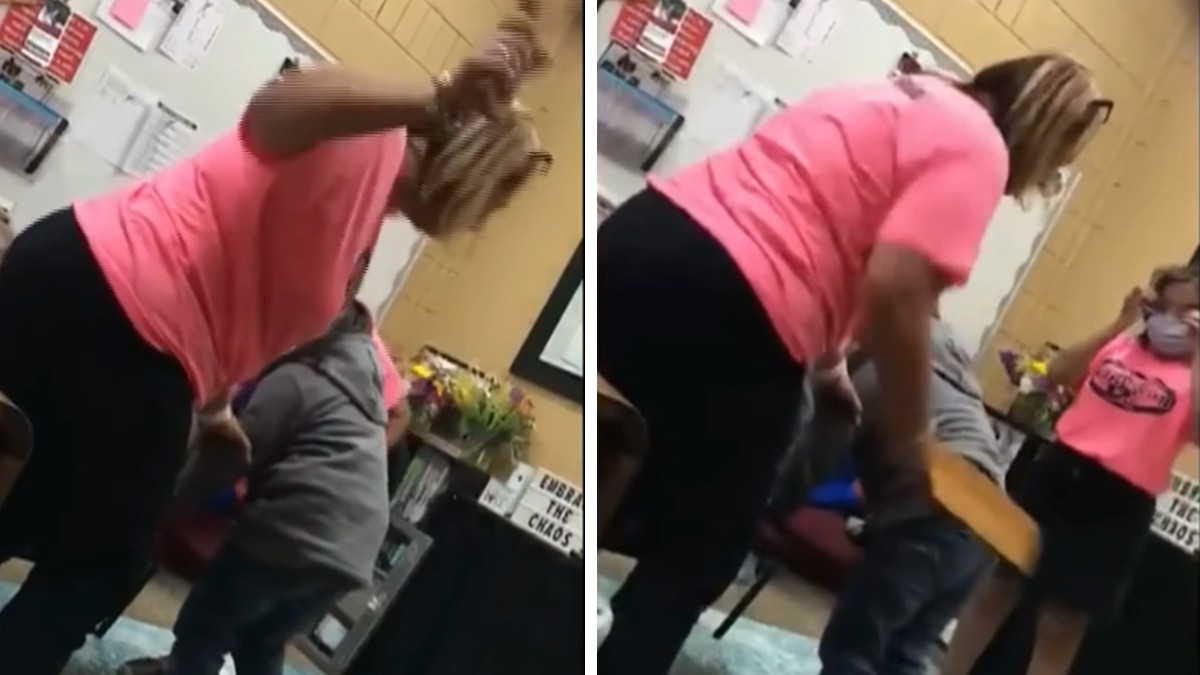 An elementary school principal is under investigation after she was caught on camera paddling a 6-year-old student.

The child’s mother recorded Melissa Carter, the principal at Central Elementary School in Clewiston, Florida, after she realized there were no cameras in the school office and it would just be her word against the school employees.

Some may find the video disturbing.

According to WINK News, the incident took place on April 13 when the school contacted the child’s mother to inform her the child had damaged a computer. She was told there would be a $50 fee.

A police report states the woman, whose identity has not been released, was told about paddling and a deputy being present, but due to a language barrier, she was unsure what the school official meant.

The woman went to her child’s school to pay the fee, and she was brought to the principal’s office where she found her child, Carter, and Cecilia Self, a school clerk who was reportedly acting as a translator.

There was no deputy.

“My daughter was already in the office,” the woman told WINK News. “The principal started to scream.”

That’s when she secretly began to record Carter and Self.

While corporal punishment is legal in 19 states, including Florida, it is not allowed in the Hendry County School District where the incident took place.

Many who have a connection to the school questioned the mother’s reaction to her daughter’s punishment.

I wouldn’t record your child getting paddled that’s, that’s not right at all,” Jocelyn Edwards, whose sister attends the school told WINK News.

But the woman said she was frozen in fear and felt recording was all she could do because of her legal status.

“Nobody would have believed me,” she said. “I sacrificed my daughter, so all parents can realize what’s happening in this school.”

Brent Probinsky, the family’s attorney said the case has now been turned over to the State Attorney’s Office and they are determining if criminal charges will be brought against Carter and Self.

The Department of Children and Families is also investigating.

CBS This Morning reported that Carter is currently on administrative leave.

It is sickening that this occurred. Melissa Carter should not be employed nor should Cecilia Self.