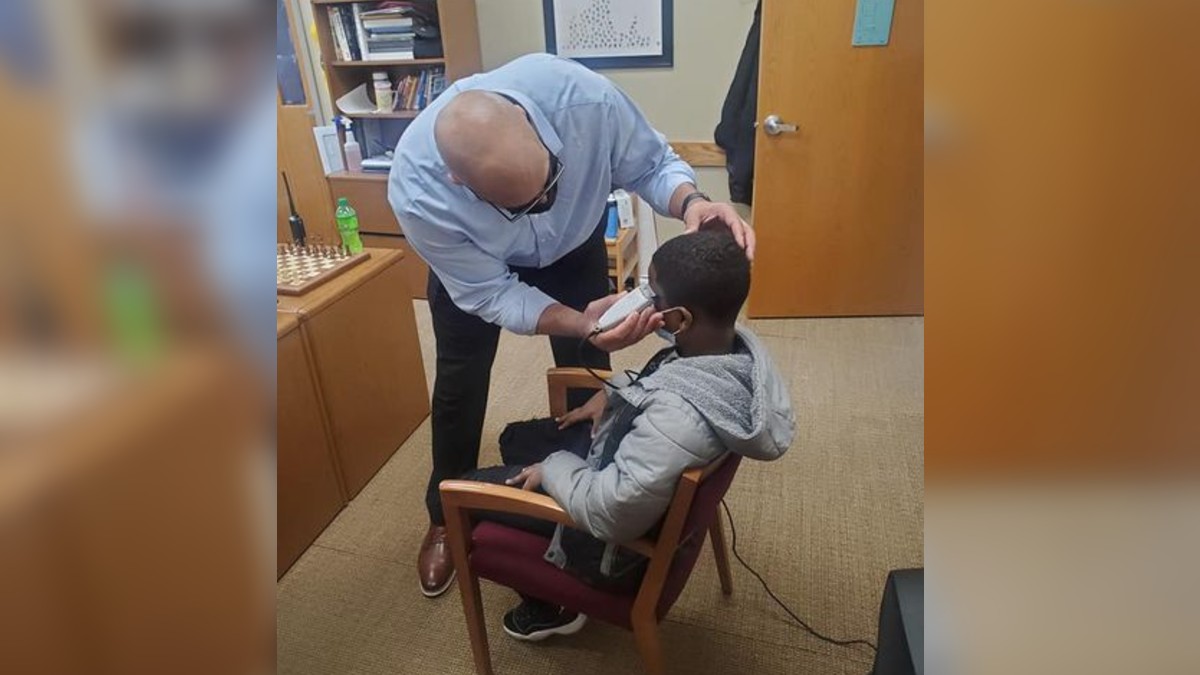 We’ve all received our fair share of haircuts that we’ve been a little less than pleased with, and while most can deal with it until our hair grows in, some are a little more self-conscious about their appearance.

Recently, an eighth grade student ended up in the principal’s office at Stonybrook Intermediate and Middle School in Warren Township, Indiana. The boy refused to take his hat off in class.

Jason Smith, the school’s principal, took the time to learn why and then helped the boy work through his issue.

“He thought his hairline looked a little funny,” Smith said.

The boy wasn’t satisfied with a recent haircut and wanted to keep his hat on to hide his hair. Smith said that while he thought the student looked fine, he understood why the eighth grader felt the way he did.

Smith, who played college basketball and cut his teammates’ hair and has been cutting his own son’s hair for 17 years, ran home to get his professional clippers.

A school police officer snapped a photo of the two while Smith was giving the boy a haircut and the photo, along with a photo of another boy who was self-conscious about going to school without a haircut and received a haircut from a local barber, went viral.

“I try to bring up possible careers and things like that to try to get him to think about the future and to dream and set goals,” the school principal said.

Once the boy’s edges were cleaned up the boy went back to class.

“That age is a time where peer acceptance is huge. So, a young man, especially an African American young man, the barbershop is a big deal in the community. Looking good and representing and presenting yourself is huge for kids.”

While Smith’s way of handling the situation may have been seen as different compared to others who have sent students home for violating dress codes, he said he’d rather work through the problem with the student.

“He really was not trying to get out of class. He just thought that he would be laughed at, so we took the time and did what we could to help him.”

Jason Smith is the kind of leader we need in school. We need people who are understanding and not quick to punishment.