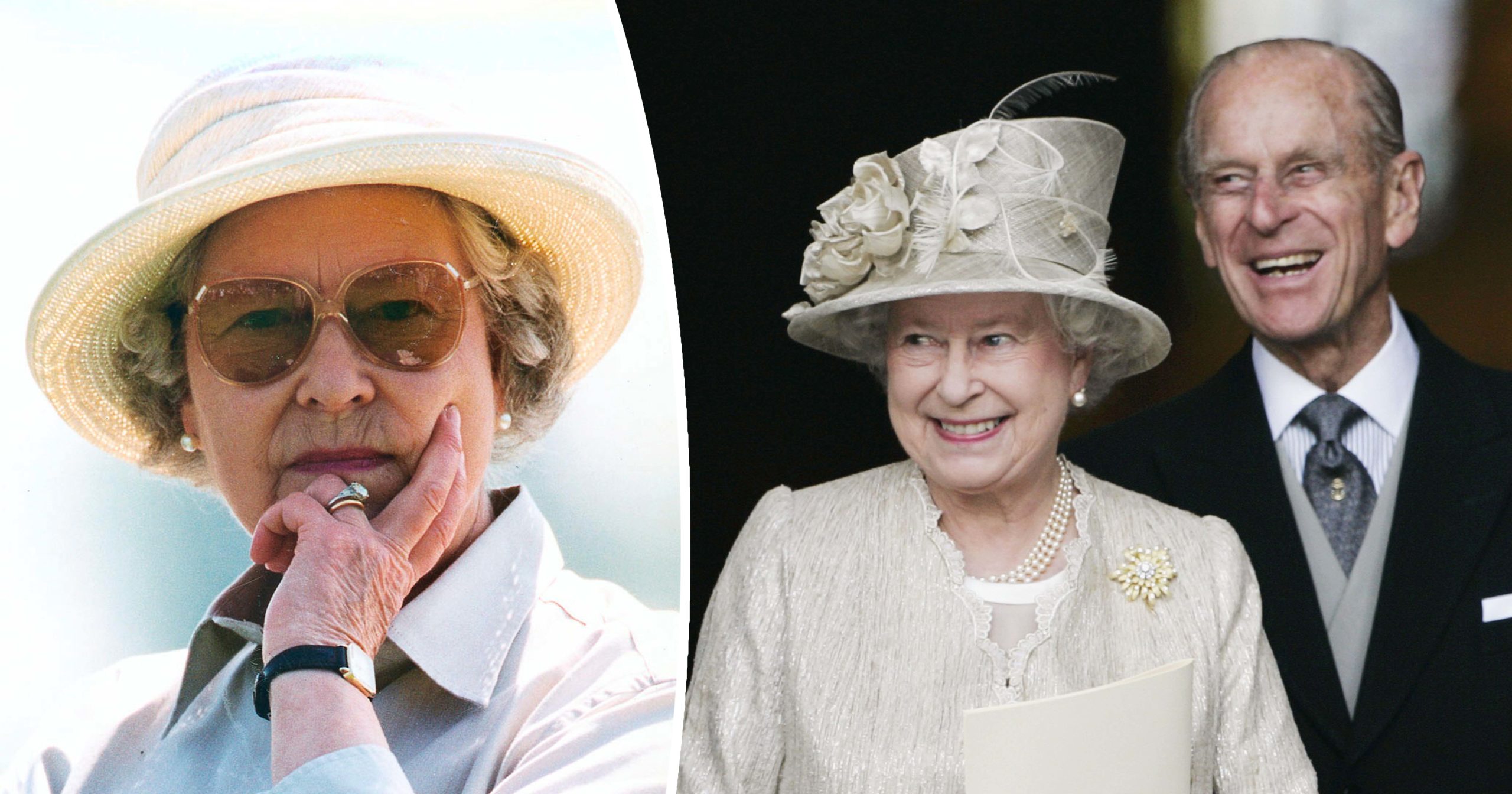 Queen Elizabeth’s passing has left an entire nation in mourning. The late monarch reigned in Britain for and incredible 70 years, and had her beloved husband, Philip, by her side for 69 of them.

Her Majesty experienced a very rough period when she lost her longtime husband last year. Prince Philip was 99 at the time, and one look back at their love story makes it clear that he and Elizabeth had a wonderful marriage and life together.

When they tied the knot, Queen Elizabeth reportedly received a personal and secret message from Philip that was engraved in her wedding ring. By all accounts, no one but the two royals and the jeweler has reportedly seen. Now, though, following her passing, one of her biggest secrets is most likely to be revealed.

Few, though, can match the union between Queen Elizabeth II and Prince Philip, the Duke of Edinburgh.

The two met for the first time when they were still children. Only a few years later, they would embark on a journey that lasted an entire lifetime. Both of them are sadly gone now, but we can still cherish and celebrate their love, not least to honor their memory and legacy.

Of course, there are things we don’t know about the Queen and Prince Philip’s marriage, which lasted just shy of 74 years. That said, it now seems like one of the biggest secrets the pair shared might be revealed.

Queen Elizabeth and Prince Philip met for the first time in 1934, when Prince Philip’s cousin, Princess Marian of Greece, and Queen Elizabeth’s uncle, Prince George, were getting married. The Queen was eight years old at the time; Philip 13.

Love probably didn’t flourish right away given their tender years, but there can be no denying that it did only a few years later.

In 1939, the two met again at the Royal Naval College in Dartmouth, where Elizabeth and Philip became friends. They began exchanging letters, and not long after, they fell in love.

On July 8, 1947, Queen Elizabeth and Prince Philip announced their engagement. However, things weren’t that simple. Philip had been born in Greece and his family didn’t have that much money.

Fortunately in this instance, love prevailed.

Before the couple tied the knot, Philip renounced his Greek and Danish titles and converted to the Church of England.

For him, there was no question that he was making the right decision.

“To have been spared in the war and seen victory, to have been given a chance to rest and to re-adjust myself, to have fallen in love completely and unreservedly, makes all one’s personal and even the world’s troubles seem small and petty,” Philip was quoted saying in Philip Eade’s book Young Prince Philip: His Turbulent Early Life.

On November 20, 1947, Queen Elizabeth and Prince Philip married at Westminster Abbey. The ceremony had around 2000 guests in attendance, while more than 200 million listeners followed their wedding via broadcast.

“Britain had just endured six years of war, emerging battered but victorious. Prince Philip had served in the Royal Navy in the Far East, while I was grappling, in the ATS, with the complexities of the combustion engine and learning to drive an ambulance with care,” the Queen recalled of the setting for their union in a speech for their 1997 golden wedding anniversary.

Elizabeth and Philip welcomed four children all told. Prince Charles was born in November 1948, with Princess Anne following two short years later. In 1960, the couple then welcomed Prince Andrew, and in 1964, Prince Edward.

At that point in time, neither Elizabeth nor her husband thought that she was to become Queen anytime soon. King George VI, Elizabeth’s father, hadn’t even turned 50, and Philip was preparing for a life in the navy.

Sadly, her father the King suddenly passed away just five years after she and Philip had tied the knot. The couple were on a trip to Kenya at the time, and it was Philip himself who broke the news of the King’s death to his wife.

One might think that Elizabeth’s coronation wouldn’t change anything in her and Philip’s relationship, but it did.

At that time in history, it was expected that a wife would take her husband’s last name when they wed. Of course, that wasn’t feasible for Her Majesty.

No, the Queen took the name Windsor instead of Prince Philip’s Mountbatten. This alone served to offer certain complications.

“I am the only man in the country not allowed to give his name to his own children,” Philip once said.

When the Queen’s grandmother passed in 1960, the royal family adopted the name Mountbatten-Windsor, which was given to Queen Elizabeth and Prince Philip’s male descendants who hadn’t receive a royal title. Today, Harry and Meghan’s children, Archie and Lilibet, bear the Mountbatten-Windsor name.

In the years following their marriage, Philip became a stay-at-home husband, while Elizabeth attended endless official events. He reportedly loved fixing their flat – and even bought his wife a gift; a washing machine.

Queen Elizabeth was accustomed to life as a royal, but for Philip, things were a little bit different. He preferred to do things informally, and liked carrying his own bag and making his own drinks.

Moreover, according to Philip Eade, the Prince refused to have his speeches written by a royal family public relations expert. Instead, he wanted to write his own speeches.

Decades later, in 2011, Philip admitted to having difficulty finding his role within the royal sphere.

“The problem was to recognize what the niche was and to try and grow into it and that was by trial and error… There was no precedent. If I asked somebody, ‘What do you expect me to do?’ they all looked blank. They had no idea, nobody had much idea,” he told the BBC.

Despite their trials and tribulations, Philip and Elizabeth always stuck together. Their love for one another never faded, and despite the obvious formality of their jobs, they laughed, danced, and teased each other. According to Tatler, Philip called her “Sausage” or “Lilibet” in private. Sometimes it was just “darling.”

When they celebrated their golden anniversary – 50 years of marriage – in 1997, the Queen spoke of her love for her husband in a moving speech.

“All too often, I fear, Prince Philip has had to listen to me speaking. Frequently we have discussed my intended speech beforehand and, as you will imagine, his views have been expressed in a forthright manner,” Queen Elizabeth said.

One of the last public images of the pair together was on their 73rd anniversary in 2020. Sadly, in April of last year, the famous love story ended.

On April 17, an official statement from the royal family read that Prince Philip had “died peacefully.” His death certificate – certified by Sir Huw Thomas – head of the Royal Medical Household, listed the cause of death as “old age.”

Prince Philip’s coffin was carried in a specially-built Land Rover, which he was involved in designing himself. This was in line with his wishes.

It was actually one of two of the Duke of Edinburgh’s final wishes – the Queen had promised her beloved husband to fulfill both.

According to the Daily Mail, Philip often told Queen Elizabeth that he wanted his final journey to be “stuck” in the back of the Land Rover and then “driven to Windsor.”

A royal source told the New York Post that Philip also wished to pass away in the comfort of his home – something that was also realized.

Queen Elizabeth to be buried next to Philip

“It was the Duke’s fervent wish to die peacefully at home,” the royal source said. “We knew that when he was taken home, it was to die on his own terms, not in a hospital bed, but in his own bed.”

One year and three months later, Queen Elizabeth is set to be reunited with her beloved husband. The state funeral for Her Majesty is set to take place on Monday, September 18, in Westminster Abbey.

The Queen will then rest in the King George VI Memorial Chapel at Windsor Castle, alongside her parents and sister Princess Margaret. But also alongside her husband.

After his passing, Philip’s coffin was placed in the royal vault below St. George’s Chapel. Now, however, he is expected to be relocated, and will lie with the Queen at the King George VI Memorial Chapel.

Interestingly, now that the Queen has passed away, one of the biggest secrets of her and Prince Philip’s marriage could be revealed. And it has to do with her engagement ring.

Queen Elizabeth’s secret in wedding ring to be revealed?

As is tradition, Queen Elizabeth wore a Welsh gold wedding ring after her royal wedding in 1947. However, Philip had a special and secret message engraved on its inner side. Only three people know what the inscription read; Queen Elizabeth, Prince Philip, and the jeweler.

“She never takes it off and inside the ring is an inscription. No one knows what it says, other than the engraver, the Queen, and her husband,” Ingrid Seward, author of Prince Philip: Revealed, said.

Queen Elizabeth’s engagement ring – made from pure Welsh gold from the Clogau St. David’s gold mine – features a fantastic stone, estimated at three carats. It is flanked by smaller pavé diamonds – and is said to be worth more than $175,000. For the Queen, it was, of course, priceless.

We will miss Queen Elizabeth dearly, but we can take solace in the fact that she is now reunited with her beloved husband, Prince Philip.