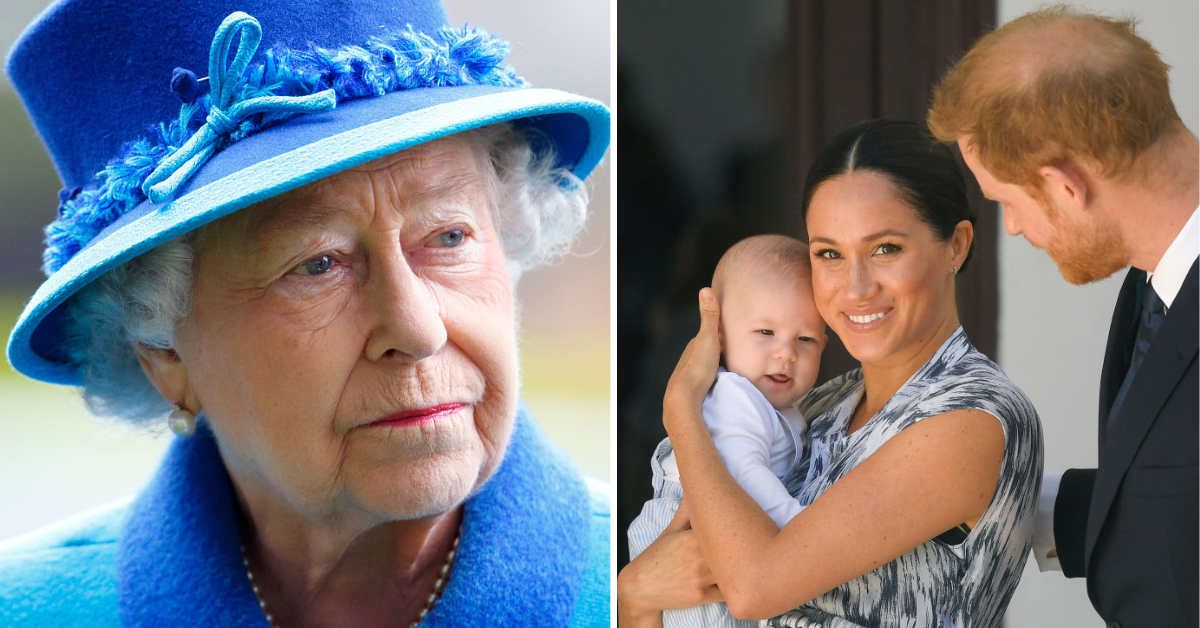 For the past two weeks, the eyes of the world have been on the British royal family following the death of Queen Elizabeth II. The Queen passed away at the age of 96, ending a historic 70 years on the throne.

Her death marks the end of an era, and raises some questions about how the royal family moves forward without the beloved queen. Recent years have seen new fractures within the family, stemming from Prince Harry and Meghan Markle’s decision to step away from royal duties.

And sadly, it seems that all the drama took a toll on Queen Elizabeth in her last years, as she was reportedly hurt by Harry’s exit — and sad she didn’t get to spend more time with her grandkids.

In 2020, Prince Harry and his wife Meghan Markle, Duke and Duchess of Sussex, shocked the world after announcing they would be stepping down from their roles as senior royals, announcing plans to move to the United States and become financially independent from the family.

The news made headlines around the world, and was dubbed “Megxit.” The news reportedly took other members of the royal family by surprise, and they held a summit to discuss how to respond.

The Queen herself issued an official response — a rare personal address from the monarch, which conveyed no hard feelings.

“Although we would have preferred them to remain full-time working Members of the Royal Family, we respect and understand their wish to live a more independent life as a family while remaining a valued part of my family,” the Queen wrote.

While that was the official response, the Queen was personally hurt by the decision. She and her grandson Harry had always enjoyed a particularly close relationship, so his announcement that he would not only abandon his royal duties but move across the pond was hard for her to hear.

“She was very hurt and told me, ‘I don’t know, I don’t care, and I don’t want to think about it anymore,’” a friend of the Queen revealed, as quoted by Vanity Fair.

It was also hard for the Queen because it meant being separated from her two young great-grandchildren: Harry and Meghan’s son and daughter Archie and Lilibet.

Harry named Lilibet in honor of the Queen, naming her after Elizabeth’s childhood nickname, but with the Sussex royals living in California, the Queen did not get to see much of them.

According to the source, Queen Elizabeth was particularly hurt when Harry, Meghan and their kids did not visit Balmoral in August, when she held a “sleepover” for the grandchildren and great-grandchildren.

Sadly, this distance between Queen Elizabeth and Prince Harry remained for the rest of the queen’s life. While Harry rushed to Balmoral to see the queen, along with the rest of the family, as her health declined, he reportedly did not make it in time to see her before she passed.

During the mourning period following the Queen’s death, Harry and Meghan remained in England, and photos show how personally Harry took the loss of his grandmother.

Harry was overcome with emotion during the ceremony for the late Queen Elizabeth’s lying in state at Westminster Hall. Harry walked alongside his brother and other close members of the royal family, and could be seen wiping tears from his eyes as his grandmother’s coffin was placed in the hall.

Reports have frequently said that Harry and Meghan are deeply estranged from the rest of the royal family, including William and Kate, both due to their departure and their explosive interview with Oprah Winfrey in 2021, in which they criticized the institution and alleged that a member of the royalty made a comment about the skin color of their then-unborn child.

However, things seemed to be okay within the family over the past two weeks, as they were joined in their grief, suggesting a possible step forward towards forgiveness. Harry reportedly offered an “olive branch” to his father, King Charles III.

And in his first official speech as king, Charles expressed some words of support for Harry and Meghan.

“I want also to express my love for Harry and Meghan as they continue to build their lives overseas,” the King said.

After the funeral, the family has now gone their separate ways once again: Harry and Meghan have returned to their home in California, while Charles, William and the other working royals return to official duties and begin a “post-Elizabethan age.”

Hopefully, it will be a time of peace within the family without many hard feelings or unresolved resentments.

It’s heartbreaking that the Queen died reportedly feeling estranged from her grandson and two great-grandchildren. We hope the royals can patch things up in the future.