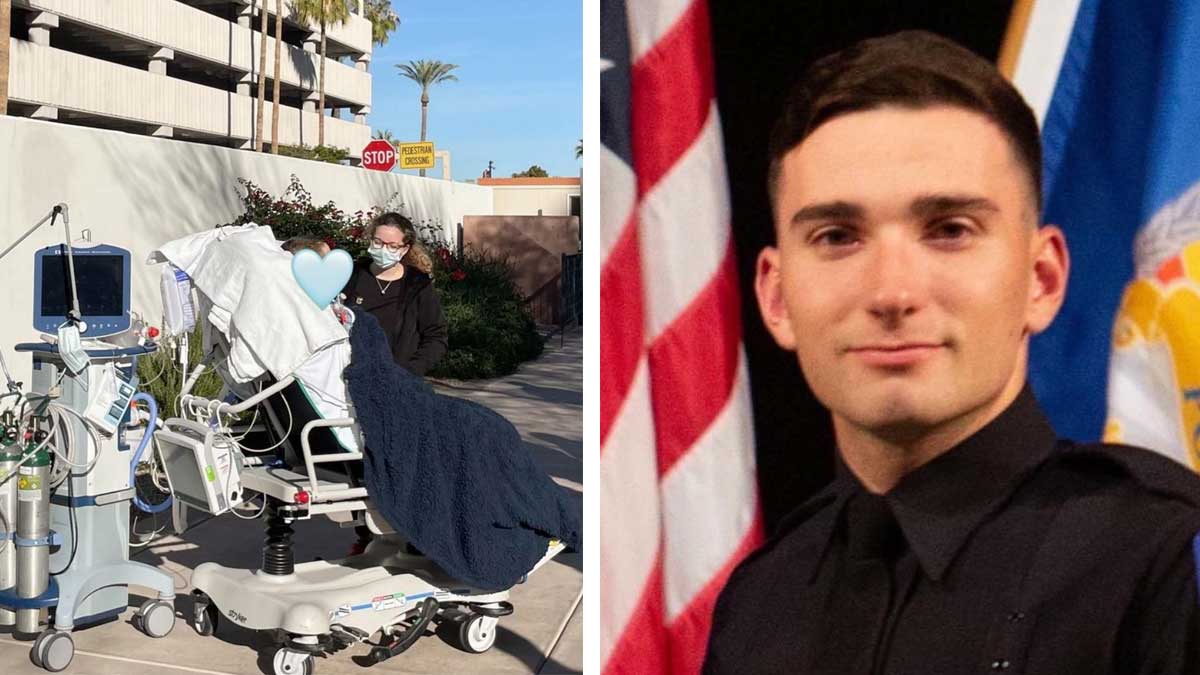 Tyler Moldovan, the Arizona police officer who was on life support after being shot eight times in December, has made yet another incredible step on his his road to recovery.

The 22-year-old officer was released from the hospital, according to the Phoenix Police Department. He was transported to a medical facility where he will undergo rehabilitation.

On December 14, Officer Moldovan responded to a call in Phoenix, Arizona about a vehicle driving erratically. When he arrived at the scene, he conducted a search.

The suspect, identified as 24-year-old Essa Williams, hid on the patio of an apartment and after Moldovan confronted him and asked if he had a weapon, Williams emerged with a gun.

Williams shot Moldovan eight times, including once in the head.

The 22-year-old officer was rushed to the hospital and put on life support.

Despite the grim outlook – Phoenix Sgt. Ann Justus said the officer’s injuries were initially described as “not survivable” – Moldovan made slow, but steady progress.

“These past few weeks have been a blur,” Tyler’s wife, Chelsea, wrote in an update a month after the shooting. “The emotional roller coaster we have all been on has been unimaginable.”

Around the one month mark, Chelsea shared that Tyler “recognizes those around him and responds with facial expressions like smiling.”

He was even able to open his eyes.

On January 13, he showed movement in all four of his limbs.

Although Chelsea has yet to reveal the severity of Tyler’s injuries, Justus stated his injuries were “life-altering.”

AS each day goes by, Chelsea has continued to keep friends, family, coworkers, and supporters updated through social media.

On Monday she shared the good news that Tyler graduated to rehab. He was transported to an undisclosed medical facility where he will begin rehabilitation, according to the Phoenix Police Department.

“Six weeks ago, no one knew where we would be now,” she wrote on Instagram. “No one even thought twice about rehab in the future. But here we are, by the wonders of God!”

Williams, who was accused of shooting Officer Moldovan, was arrested and charged with first-degree attempted murder of a law enforcement officer, possession of a weapon by a prohibited person, resisting arrest, and attempted aggravated assault of an officer.

My heart goes out to Officer Moldovan, his wife, and his colleagues. It is incredible the progress that he’s made in such a short amount of time.

Please share this story on Facebook and join me in praying for the continued recovery of Officer Moldovan.