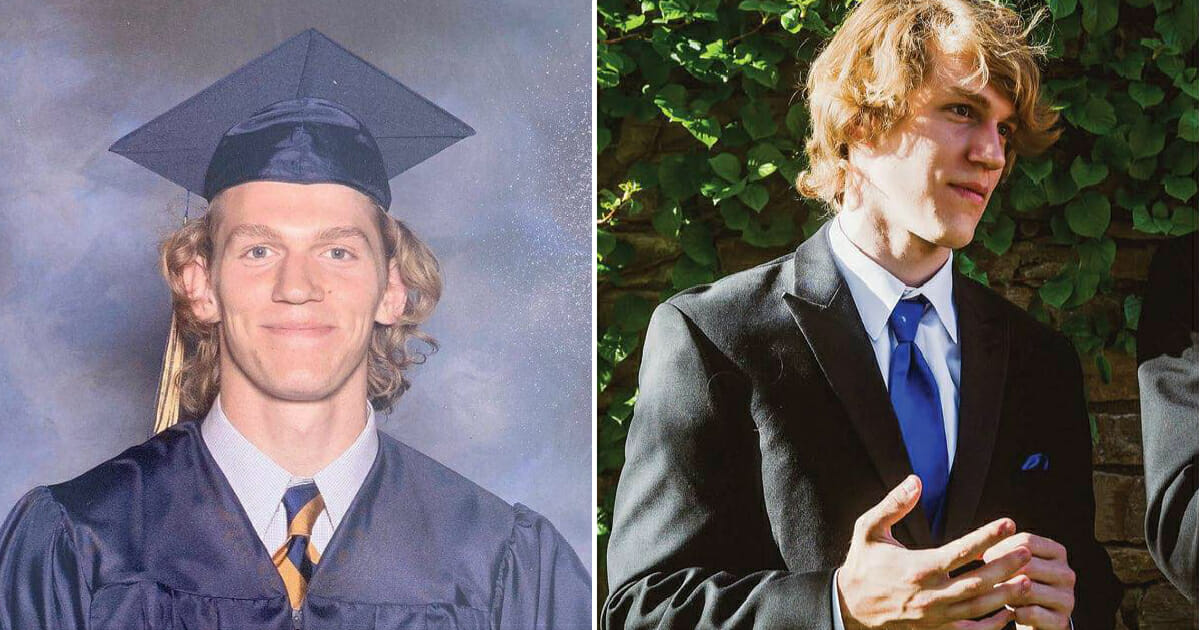 On April 30, 2019, a gunman opened fire in a classroom at the University of North Carolina at Charlotte. The shooting occurred on the last day of classes of the Spring semester and sent six people to the hospital, two of whom were dead upon arrival, and left three others in critical condition.

Of the deceased was 21-year-old Riley Howell. Riley wasn’t just a student, but an Army ROTC cadet. As the shooter continued to empty his gun into the classroom, Riley Howell tackled him while yelling “go, go, go!” to his classmates, according to witnesses.

Riley is most likely the reason why so many of his peers were able to live another day.

Because of his actions, Riley is now being posthumously awarded with two of the nation’s highest honors: the Purple Heart and the Bronze Star.

The Purple Heart is awarded to those in the U.S. military members who are injured or killed in battle. A Bronze Star is given to individuals who show “heroic or meritorious achievement or service.”

Riley Howell of University of North Carolina-Charlotte. He rushed the shooter, knocking him off his feet. Howell died in the process.

Posted by De Glockenspiel Chick on Wednesday, 1 May 2019

Charlotte-Mecklenburg Police Chief Kerr Putney said after the shooting that Howell “did exactly what we train people to do.”

“You’re either gonna run, gonna hide and shield, or you’re gonna take the fight to the assailant,” he added. “Having no place to run and hide, he did the last.”

“Unfortunately, he gave his life in the process. But his sacrifice saved lives. What he did was, he took the assailant off his feet, and then the heroes that we have here were able to apprehend him from there.”

It is clear that Riley is a hero and deserves to be awarded for it. Without him, maybe dozens would have died. Let his family know that you will always remember him and and his actions by sharing.