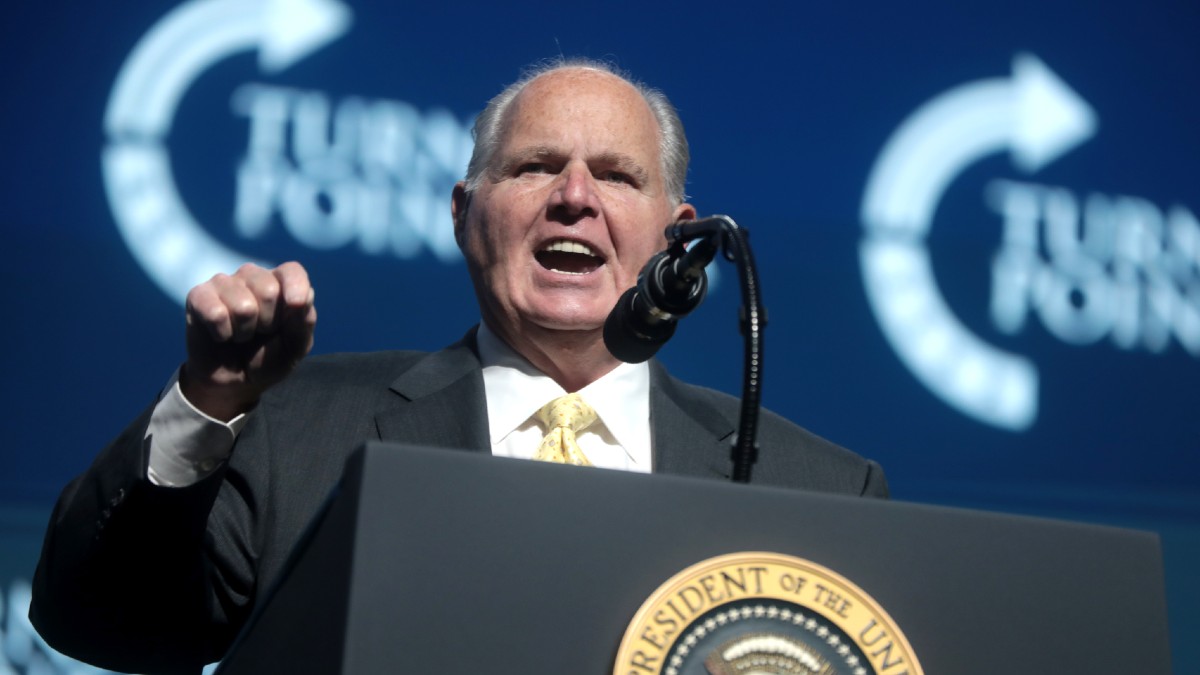 Limbaugh’s wife Kathryn made the announcement on his radio show.

“As so many of you know, losing a loved one is terribly difficult, even more so when that loved one is larger than life,” she said. “Rush will forever be the greatest of all time.”

In February 2020, the conservative media icon, who used the airwaves to spew conspiracy theories and fuel bigotry, announced he had been diagnosed with stage 4 lung cancer.

He informed loyal listeners of his show, which has been on the air for more than three decades, after initially considering keeping his diagnosis a secret.

“And I wish I didn’t have to tell you this, and I thought about not telling anybody. I thought about trying to do this without anybody knowing,” he said. “Because I don’t like making this about me. But there are going to be days that I’m not going to be able to be here because I’m undergoing treatment or I’m reacting to treatment.”

Limbaugh promised his listeners he would show up to his radio show every day “as competently and as expertly as I do each and every day” and that’s exactly what he did leading up to his death.

The media icon, who has been credited with shaping the Republican Party, received the Presidential Medal of Freedom from former President Donald Trump during the 2020 State of the Union.

Trump called Limbaugh “the greatest fighter and winner you will ever meet.”

While announcing her husband’s death, Kathryn talked about Limbaugh’s successful career rather than the outrageous lies he told his audience over the years.

She remembered “a gentle giant” who was “brilliant, quick witted, genuinely kind.”

“Despite being one of the most recognized, powerful people in the world, Rush never let the success change his core or his beliefs.”