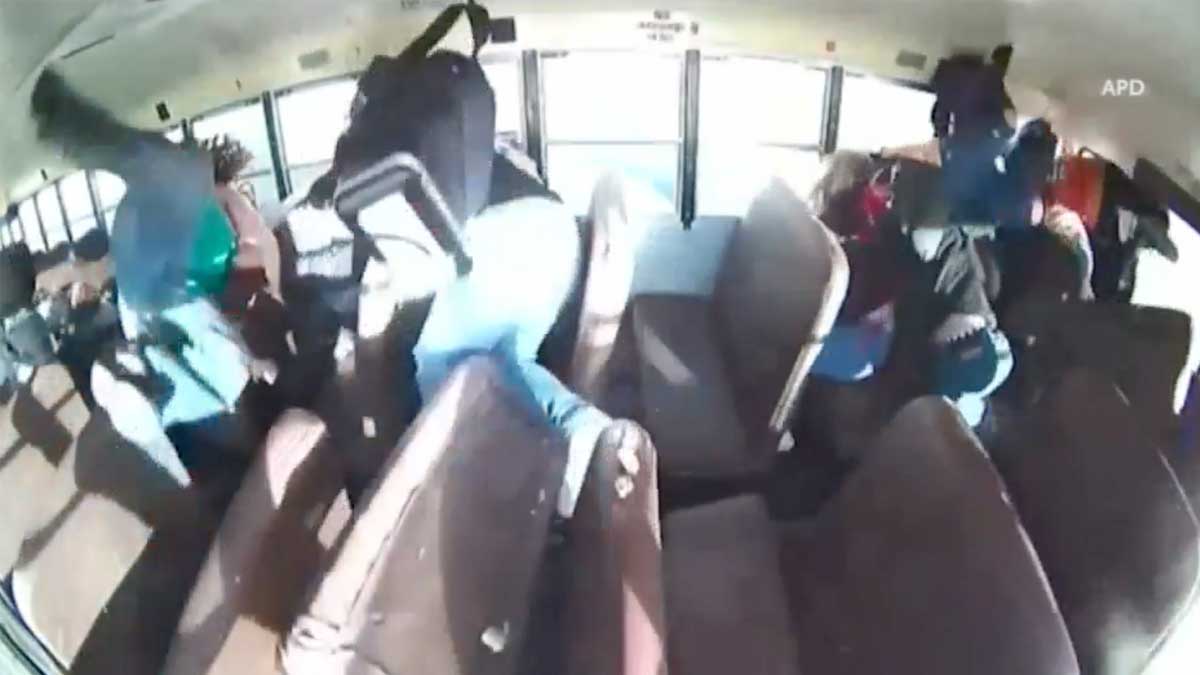 Newly released video shows the terrifying moment a vehicle slammed into the side of a school bus carrying more than 20 children home from an Albuquerque school in late February.

The driver of the vehicle has been charged with two counts of causing great bodily harm with a motor vehicle.

The frightening crash occurred just after 4 p.m. on February 23.

According to witnesses and court documents, Mario Perez, 49, was racing his Mustang against another Mustang when he crashed into the passenger side of the school bus.

The other vehicle reportedly kept driving after the crash.

The bus driver had just picked students up from George Sanchez Collaborative Community School and was driving through the intersection at an estimated 9mph, according to the driver.

Witnesses guessed Perez was driving in excess of 110mph, though he told police he was going between 60 and 85mph when he hit the bus.

The speed limit on the road was 40mph.

Video from the school bus shows the children screaming and flying from their seats at the moment of impact.

Seven children were taken to the hospital. Two suffered serious injuries to their legs, and another had a fractured pelvis.

Some may find the following video disturbing.

Perez was also injured in the crash. He made his first court appearance in the beginning of April.

This makes me so angry that someone was so selfish and wanted to race their cars without a thought for anyone else around them. Thankfully no one was killed.