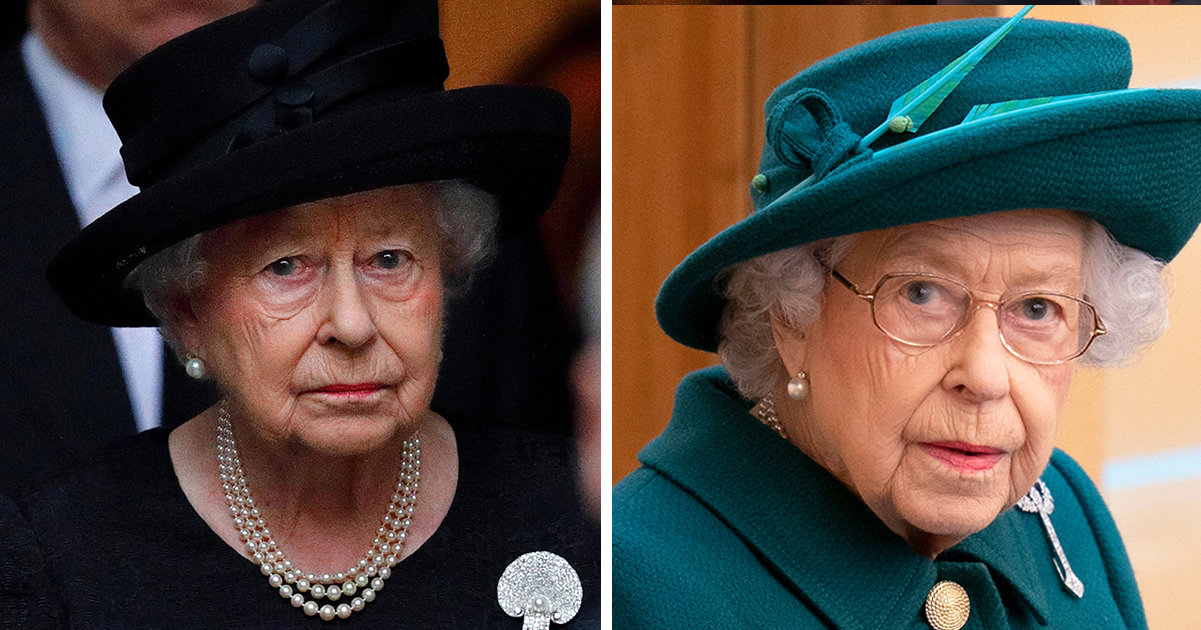 There are few figures in history who have carried themselves with the same air of infallibility, the same sense of strength and grace as Queen Elizabeth II of England.

Yet rich or poor, pure or evil, grand or pitiful: Father Time comes for us all. So what will happen when Queen Elizabeth finally passes on? What is the secret code word to be used in the event of her death? How will the UK move on without their most iconic head of state? Find out below …

According to reports, doctors recently gave Queen Elizabeth advice that she’d rather not have heard, and if the rumors are to be believed then fans might have cause to be concerned as to her overall health.

Again, given her advanced years, it might have been foolish to read more into that than necessary. The follow-on reports, however, have left fans of Queen Elizabeth slightly more worried.

The monarch was hospitalized for “preliminary investigations” last week, and a few days ago Buckingham Palace announced that she had been warned that she needs to rest for two more weeks. A report claims she will continue with “light, desk-based duties”, but won’t be doing anything that might put her health in further jeopardy.

According to the Daily Telegraph, Buckingham Palace’s statement read:

“Following on from their recent advice that The Queen should rest for a few days, Her Majesty’s doctors have advised that she should continue to rest for at least the next two weeks.

The doctors have advised that Her Majesty can continue to undertake light, desk-based duties during this time, including some virtual Audiences, but not to undertake any official visits. Her Majesty regrets that this means she will be unable to attend the Festival of Remembrance on Saturday, 13th November.

However, it remains The Queen’s firm intention to be present for the National Service of Remembrance on Remembrance Sunday, on 14th November.”

Just what caused the Queen’s hospitalization hasn’t been revealed – she’s entitled to medical privacy – but it’s safe to say the rumor-mill is up and whirring.

Naturally, the Queen’s situation is hardly helped by the fact that she now resides on this earth without the support of the man she referred to as her “strength and stay”.

Prince Philip, the Duke of Edinburgh, was 99 at his time of death, and had been sick for a while. Nevertheless, his loss no doubt left a hole in her heart that will never be filled.

His Royal Highness passed away peacefully this morning at Windsor Castle.”

As has become typical of her reign, the Queen has remained stoic and strong in the face of tragedy. Yet reports concerning Elizabeth’s health have been forthcoming of late.

And all of this begs the question, what will happen when the Queen eventually passes?

Fortunately, The Guardian provided a lengthy article back in 2017 with a detailed run-through of what will happen.

According to them, the first official to deal with the news will be Sir Christopher Geidt, the Queen’s private secretary, whose initial act will be to contact the UK’s prime minister.

The code-word “London Bridge” is down will be uttered on secure lines, while the news will also be sent to the 15 governments outside of the UK where the Queen is also the head of state, and the 36 other nations of the Commonwealth for whom she has served as a symbolic figurehead.

Given the age of advanced technology and information that we find ourselves in, the public will hear of the Queen’s passing many hours before they heard of the passing of her father, King George, in 1952.

As per the The Guardian, the news will be released to the Press Association and the rest of the world’s media simultaneously. At the very same time, a footman dressed in mourning clothes will exit from a door at Buckingham Palace, and cross the courtyard to pin a black-edged notice on the gates. The palace website will also be transformed into a single page showing the same text on a dark background.

Word of the Queen’s death will then trickle out across all forms of media. Experts – who have pre-arranged contracts in place – will be called onto major TV stations, while on-air DJs at all commercial radio stations in the UK will be notified to switch to the news by the turning on of a blue light in their studio.

Indeed, the Queen’s death will differ from that of any other high-profile figure. According to reports, trial-runs and tests for the eventual announcement are a routine thing. Scripts have been written, news anchors are ready, and everything – down to the color of ties and the tone of voice – is set in stone.

The nine days that follow the Queen’s death are referred to in parliament documents as D-day, D+1 etc, D+2 etc, and it’s safe to assume it’s within those nine days that as much planning and pomp as possible will come into play.

So what happens to the Queen’s body after she passes? Well, that depends mostly on where she does so. If she passes abroad, a jet known as the Royal Flight will take off from Northolt, at the western edge of London, with a coffin on board to collect her body.

Regardless of the outbound location, however, the destination remains the same: Buckingham Palace.

According to The Guardian, the Queen’s body will return to the throne room. There will be an altar, the pall, the royal standard, and four Grenadier Guards, bearskin hats inclined, rifles pointing to the floor, standing watch.

It is expected that Prince Charles – who, as it happens, has waited longer than any other heir in British history to ascend the throne – will make his first address on the evening of his mother’s death. Parliament, meanwhile, will be called, and both houses will ideally sit within hours of the Queen’s death. Flags all across the UK will be lowered to half mast.

The following day (D+1), flags will go back up. Prince Charles will be proclaimed King at 11a.m., after which he will embark on an immediate tour of the UK, visiting Edinburgh, Belfast and Cardiff to attend services of remembrance for his mother.

The nine days following D+1 will be full of preparation for the Queen’s funeral. On D+4, her lead-lined coffin will move to Westminster Hall, to lie there in state for four full days. Four soldiers will stand vigil for 20 minutes at a time. The wreaths on the coffin will be renewed every day.

At 9am on D+9, the day of the Queen’s funeral, Big Ben will strike.

The Queen’s coffin will then make the journey of a few hundred meters from Westminster Hall to Westminster Abbey. When the coffin reaches the abbey doors – which should happen at 11a.m. – the country will fall silent.

Inside the Abbey, the archbishop will being to speak. During the prayers, broadcasters will not show royal faces. When the coffin emerges again, the 10 pallbearers will place it on the green gun carriage that was used for the Queen’s father, and his father and his father’s father, and 138 junior sailors will pull.

The Queen’s last journey, from Westminster Abbey to Windsor Castle, is one of 23 miles by road. There, the royal household will be waiting for Elizabeth. Once she has entered, they will close the gates and the cameras will stop their broadcasts. Within the chapel, the lift to the royal vault will descend, and King Charles will drop a handful of red earth from a silver bowl.

The end of an era will be official. The dawn of a new one will begin.

I certainly didn’t know any of this protocol for the passing of Queen Elizabeth. Did you? Let us know what you think of all the arrangements in place for her death.

Meanwhile, share this article if you are a fan of the British Royal Family, and if you think that Queen Elizabeth has done a fantastic job.