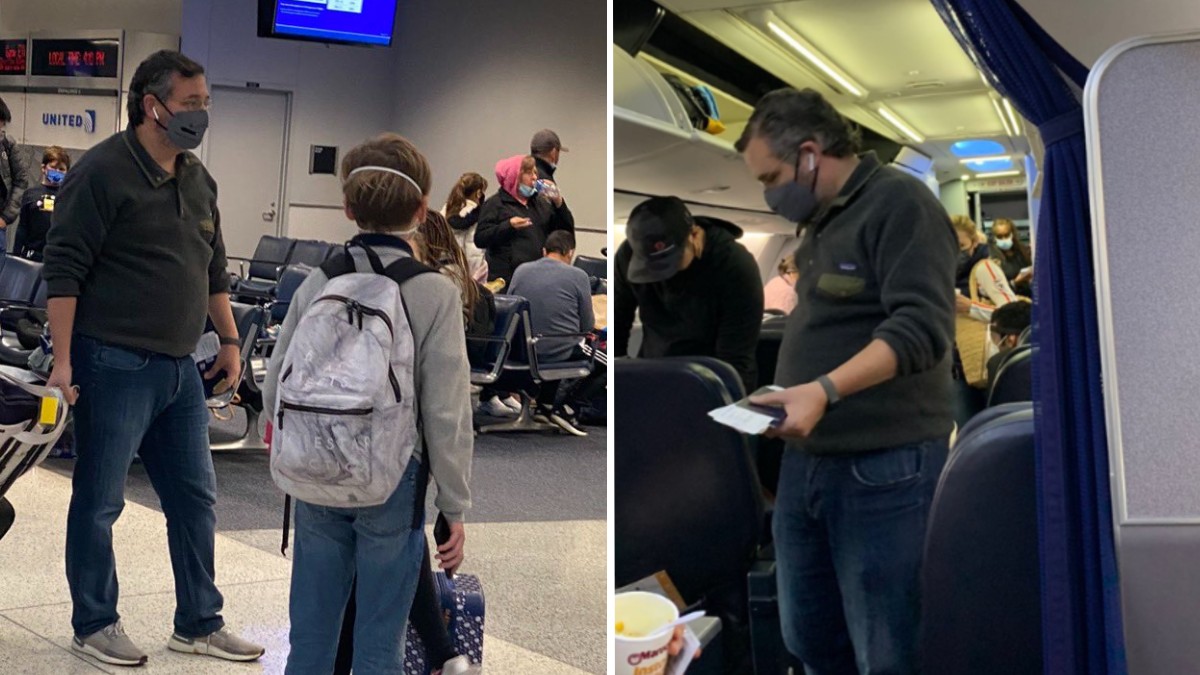 On Thursday Sen. Ted Cruz acknowledged that he flew to Cancún, Mexico hours after pictures began circulating online of what appeared to be him and his family traveling.

The Republican, who is a possible 2024 White House candidate, represents Texas, a state that recently endured an unprecedented winter storm that left millions without power, food, or water for days.

According to a statement, Cruz described what has been an “infuriating week for Texans.”

He then went on to explain his reason for leaving the state Wednesday night.

“With school cancelled for the week, our girls asked to take a trip with friends,” Cruz said. “Wanting to be a good dad, I flew down with them last night and am flying back this afternoon. My staff and I are in constant communication with state and local leaders to get to the bottom of what happened in Texas.”

As soon as photos began to surface of Cruz at the airport Wednesday night, many took issue with the senator.

Media outlets reached out to his office for comment, but were met with silence.

The Texas Democratic Party called for his resignation, but still nothing.

Beto O’Rourke, Cruz’s former Democratic opponent, called out the current senator for “vacationing in Cancun right now when people are literally freezing to death in the state that he was elected to represent.”

NBC News reports that the Houston Police Department did receive a request for assistance from Cruz’s staff for when he landed.

“They reached out to us, let us know that he was going to be arriving and could we assist, so upon his arrival to the Houston airport we monitored his movements,” a police department spokesperson said.

As of 3 p.m. Thursday, Cruz was photographed at Cancún International Airport.

It is unclear if he intends to help his constituents once he returns from his day trip to Mexico.

Should Sen. Ted Cruz have flown to Mexico while his state was in crisis?