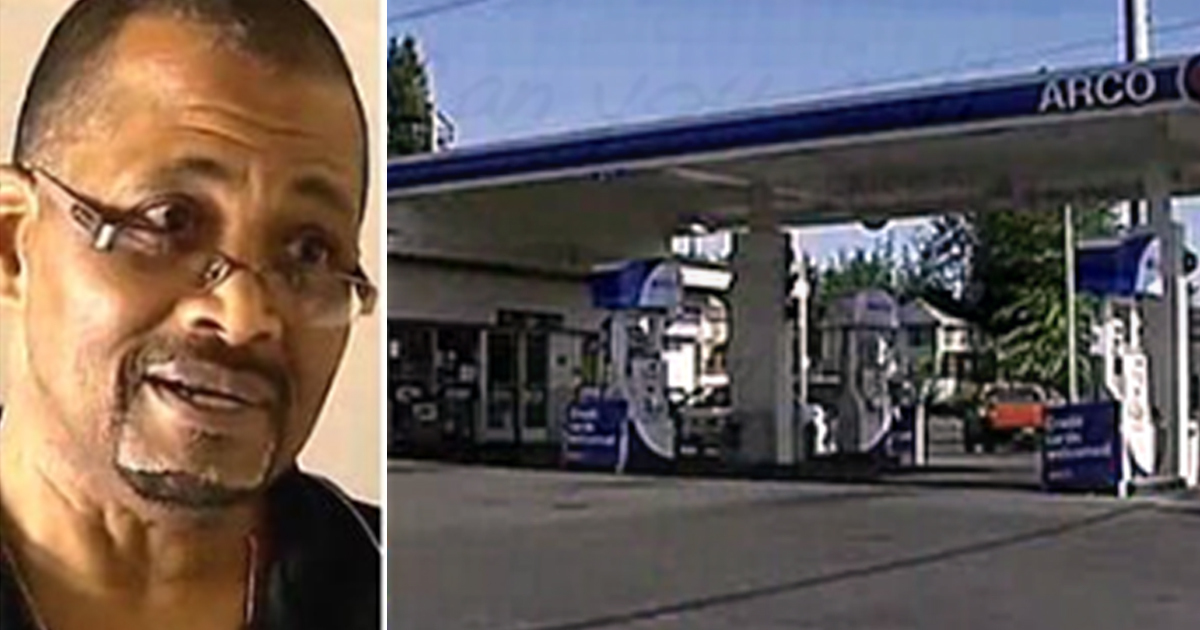 Bruce Dean’s day working behind the counter at a gas station in Washington began like any other.

It was a Saturday, so plenty of people were pulling in to fill up their car. But it was one particular customer who caught his attention… and her actions would soon cause his day took a sudden, dramatic turn.

A woman entered the station. Bruce could immediately see that she seemed nervous and stressed.

Before Bruce could ask how she was, she asked to use a pen and paper. She wrote a note, folded it and handed it to him, before quickly leaving the store.

In the note, the woman said “Can you call 911?” . She’d also written down a registration number and wrote: “Baby in car,” as well as “DV” – meaning domestic violence.

Bruce acted quickly – he phoned the police and shared the information.

Using the vehicle registration number the woman had written down, police managed to track down the car.

It turned out that a man named Mark Valuckas, who the woman lived with, had threatened the woman and forced her into the car, along with her baby. She was worried that if she didn’t agree to go with Valuckas, he would hurt her baby.

It was when they had stopped to refuel the car that the woman managed to sneak into the store and quietly plea for help.

Valuckas was arrested by the police and both the woman and the child were uninjured, thanks to Bruce’s quick actions.

Watch the full report below:

What a brave woman under such difficult circumstances! I’m so glad that Bruce didn’t hesitate to immediately call the police – and I think Bruce deserves plenty of praise for his swift reaction. Share this story if you agree!