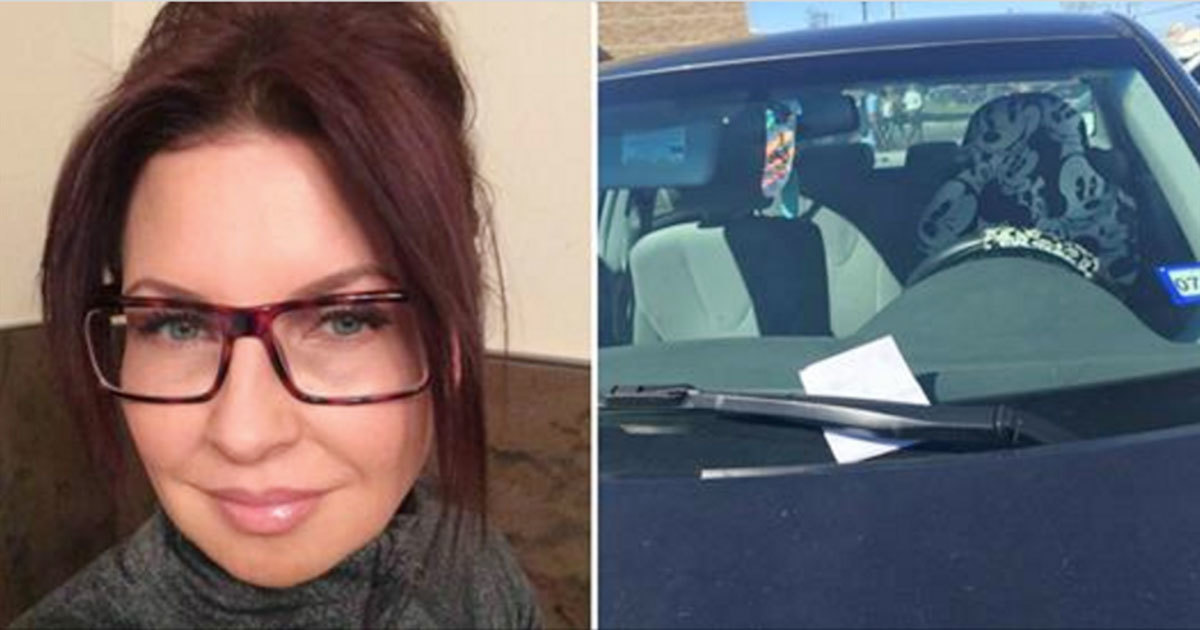 Everyone knows that you should never drink and drive. But sadly, scores of accidents and fatalities are still caused from this criminal behavior each year.

Some drivers think they’re sober enough to drive despite having had a few drinks. But it’s important to remember that our motor skills and reflexes are seriously impaired after consuming alcohol.

Thankfully, the vast majority of us understand and respect this, and would never dare put other lives or own own at risk and drink and drive.

Paula Grzelak-Schultz is one such person.

The young woman was out with some friends at Original Joe’s restaurant in Alberta, Canada. When it was time to go home, she felt that she had had too much to drink to get behind the wheel. So, she left her car in the parking lot outside the restaurant.

A few days later, she returned to the parking lot to pick up her car. As she approached, she saw something on her windshield – and immediately assumed that she’d received a parking ticket.

But she was wrong.

The note was in fact a letter from one of the restaurant managers, who wanted to thank her for not taking her car home that night. Here’s what it said:

Attached was a gift card for 1lb of chicken wings – a tasty gift from the restaurant.

Paula later posted a picture of the letter on her Facebook wall, and it was not long before it had spread to thousands, receiving over 20,000 likes.

What a wonderful gesture by this manager! I hope Paula’s picture of the letter gets even more attention to remind everyone to never get behind the wheel under the influence!

I think everyone should take from Paula’s example and never drink and drive – like and share this story if you agree.