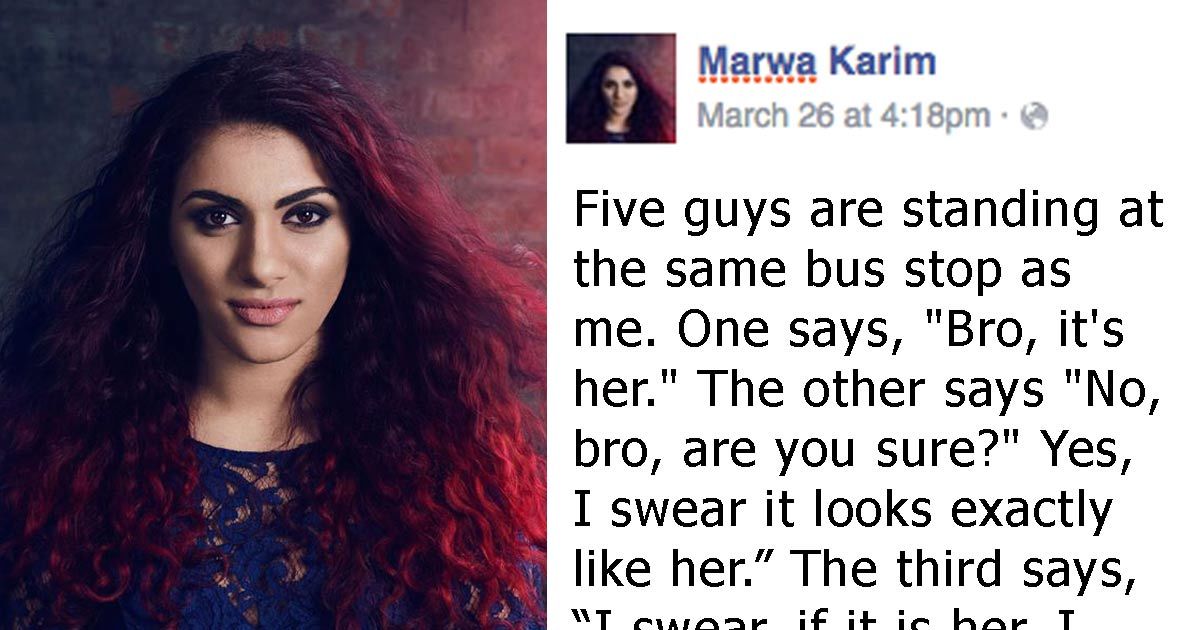 It all began when Swedish blogger and feminist Marwa Karim, 20, wrote a publicized opinion piece in which she said she would continue to hate on men so long as they raped and hindered on women’s rights. She received several death threats following its publication.

“I believe that all men are idiots. And right now, over the past few days, men have been threatening me and my family,” Karim later told local media. Then, the other day, as she was waiting for the bus, she overheard a gang of guys standing nearby speaking about her. When she got off at her stop – they followed. She was terrified and thought they would try to hurt her. But it turns out they had a completely different agenda.

I jump on the bus, thinking, please, don’t let them bring up my article about man-hating. Please do not let these guys start a discussion with me now.

The guys look pissed and sit behind me in the bus. I am on my way to the hospital and going to work, and as we approach the hospital, I prepare to jump out the bus even before it is stopped. But the guys are getting ready too, and then jump off at the same stop.

“Ey, excuse me, aren’t you Marwa Karim? Who got a prize of Heroes Gala”. My heart is pounding and I think to myself – crap, the discussion has begun. I simply answered yes and gave them a cold look. The guy responds: “Ah, I thought I recognized you. We read your post about man-hating. We thought that you hated all men but you are so right in what you write. I have a sister who is the same age as you. Continue with what you do, you inspire us all and strengthen our sisters.” I got teary-eyed and thanked him from the bottom of my heart. His friend said,” We support you, and then gave me a hug.

What a great start that was for my night shift.

“I was in tears when they hugged me and I could not stop crying at work. It was the absolute best thing that happened since my article went public,” Marwa later told local media.

Her bus story has since gone viral, with thousands of people liking and sharing it on Facebook. Here is her original post below (in Swedish).

Everything is really not always as it appears, like if you too were touched by this! Strong>