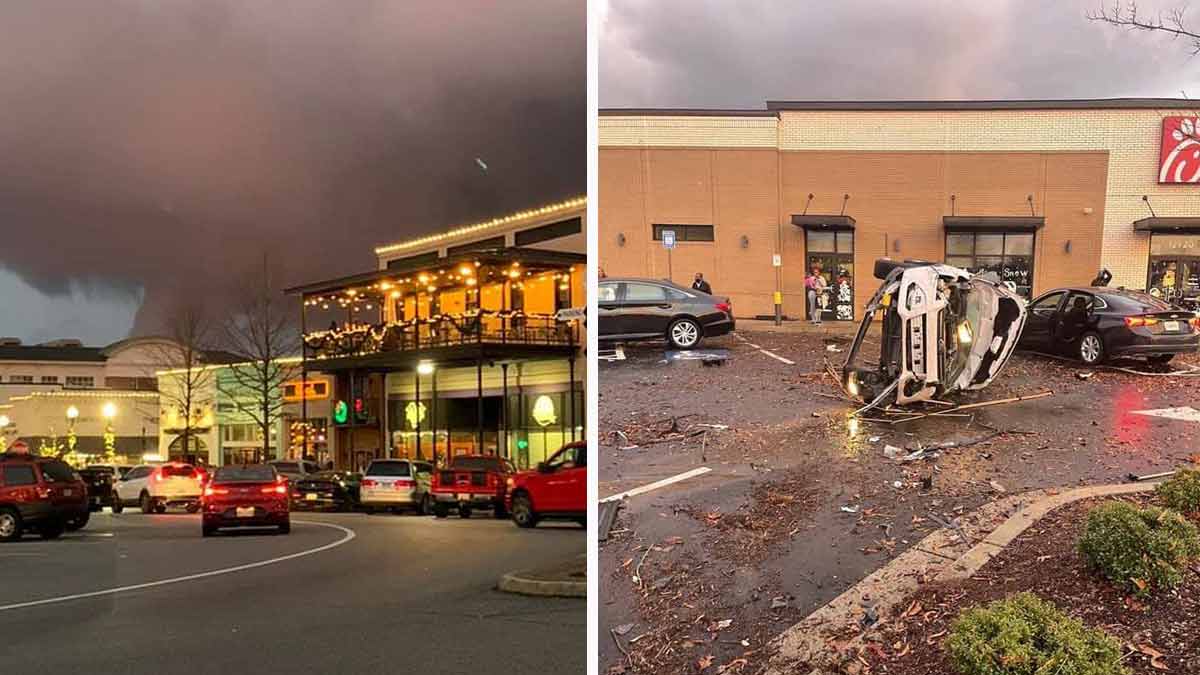 A Georgia woman is thankful to be alive after a tornado picked her car off the ground, flipped it several times, and then dropped it pinning her and her brother inside the wreckage.

“I thought I was going to die,” Alisha Jacques said. “It was awful.”

Multiple tornado warnings had been issued for parts of Georgia as severe weather rolled through the state on the last day of 2021.

Jacques and her brother were at a Chick-fil-A in Covington, Georgia as the storm was brewing. The two had just placed their order at the drive-thru when “out of nowhere, a transformer blew out.”

She didn’t pay attention to it, but then she noticed people trying to escape the parking lot.

Jacques didn’t have time to move her car. They were a sitting duck.

A confirmed EF-1 tornado plowed into the Chick-fil-A parking lot. The winds were so strong it lifted Jacques’ car and tossed it to the ground.

“It just picked up my car and threw it and did it like three of four times,” she said.

After the tornado had passed, Jacques and her brother found themselves pinned inside her wrecked car. Thankfully one of the restaurant’s managers was able to free both of them.

Neither of them were seriously injured, but her car was totaled. While several others at the Chick-fil-A were injured, thankfully no one was killed.

“This was a miracle – angels watching above me and my brother,” she said. “Thank God that I made it out alive and it could’ve been worse.”

Imagine how scary this must have been. I’m so glad no one was killed or seriously injured.

It’s so important to keep an eye on the weather, you never know when severe weather may strike.