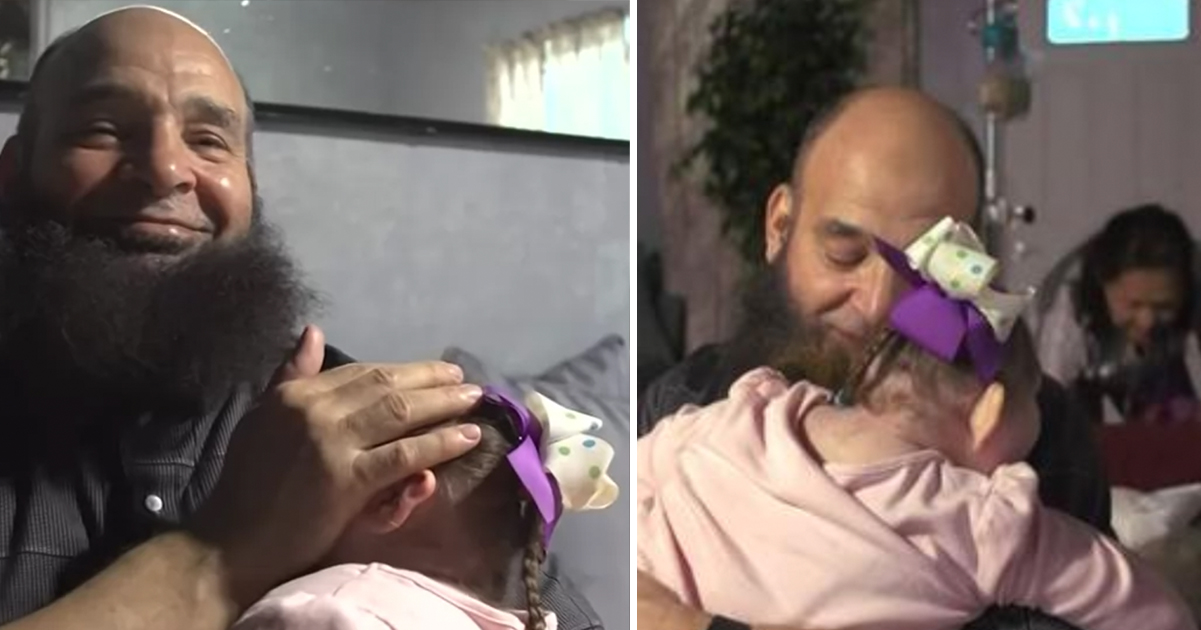 Finding good homes for the all of the foster children of the world is, sadly, an impossible task as stands, despite the best efforts of millions of compassionate people.

Simply put, pairing a foster child with a loving family is a long and complex process, and each week more young boys and girls find themselves in the system. Sometimes their parents pass away and they have no family to go to. More often, though, their parents aren’t up to the task of raising them, and so, through no fault of their own, they can go without a stable, supportive family environment for months, even years at a time.

Yes, you read that right.

You might not have ever considered the possibility of there being terminally ill kids without a family that loves them – I know I sure hadn’t – but they are out there, and it goes without saying that they’re every bit as deserving of warmth and care as anyone else.

One man, 62-year-old Mohamed Bzeek, of Azuza, California has dedicated his life to making a difference to these unfortunate children’s lives.

As per reports, he’s been fostering children since 1989, when he and then-wife Dawn began welcoming them into their home. Sadly, in 1991, the couple experienced the death of one of their foster children, changing their outlook on the process and guiding them towards their true calling.

For the 30 years since then, Mohamed has been focusing his attention on fostering those children who are sick or terminally ill.

“The key is, you have to love them like your own,” said Mohamed.

Mohamed and Dawn simply couldn’t bear the thought of children going without the love and warmth a parental figure brings, especially not in their last few months of life.

The couple split in 2013, but Mohamed has continued with his compassionate efforts since then, and is doing his utmost to make a difference for the foster children of California.

As per sources, the 62-year-old has buried 10 children. Some of them have even passed in his loving arms. All told, he says he’s cared for 80 children.

“The only house that accepts orphans and children who are about to die in Los Angeles is my house,” he said. “I have dealt with 80 children since 1989. Ten children lost their lives in my arms.”

At the moment, Mohamed is devoting his time to caring for a 6-year-old girl who suffers from a rare brain defect that has left her blind, deaf and paralyzed in her arms and legs. As a result of her condition, she requires round-the-clock care.

“I know she can’t hear, can’t see, but I always talk to her,” Mohamed said. “I’m always holding her, playing with her, touching her. … She has feelings. She has a soul. She’s a human being.”

When the girl was just two years old, doctors decided there was nothing more that could be done from a medical standpoint to save her life. Thanks to Mohamed’s care, though, she’s still alive and fighting four years later.

“In the hospital, they give birth, they leave them,” Mohamed said in an interview last year. “Their families don’t name them. It comes on the paper: ‘Baby boy,’ ‘Baby girl.’ I name them. I give them names.”

Mohamed, a former Libyan immigrant who moved to the US 40 years ago to study electronic engineering, admitted that caring for terminal children has taken its toll.

“I know it’s heartbreak,” he said. “I know it’s a lot of work and I know it’s going to hurt me sometimes. You know, I feel sad. But, in my opinion, we should help each other, you know?”

And this great man’s work has not gone unnoticed. In the Californian adoption community, he’s garnered a well-earned reputation.

Melissa Testerman, a DCFS intake coordinator who finds placements for sick children, said: “If anyone ever calls us and says, ‘This kid needs to go home on hospice,’ there’s only one name we think of.

“He’s the only one that would take a child who would possibly not make it.”

I don’t know about you, but I think caring souls like Mohamed deserve so much more recognition and praise than they get.

Reading about this man’s endeavors brought me to tears. Thank you, Mohamed, for all that you’ve done and continue to do. You are a true hero.

Please, share this article on Facebook if you, too, want to thank Mohamed for this fantastic work.