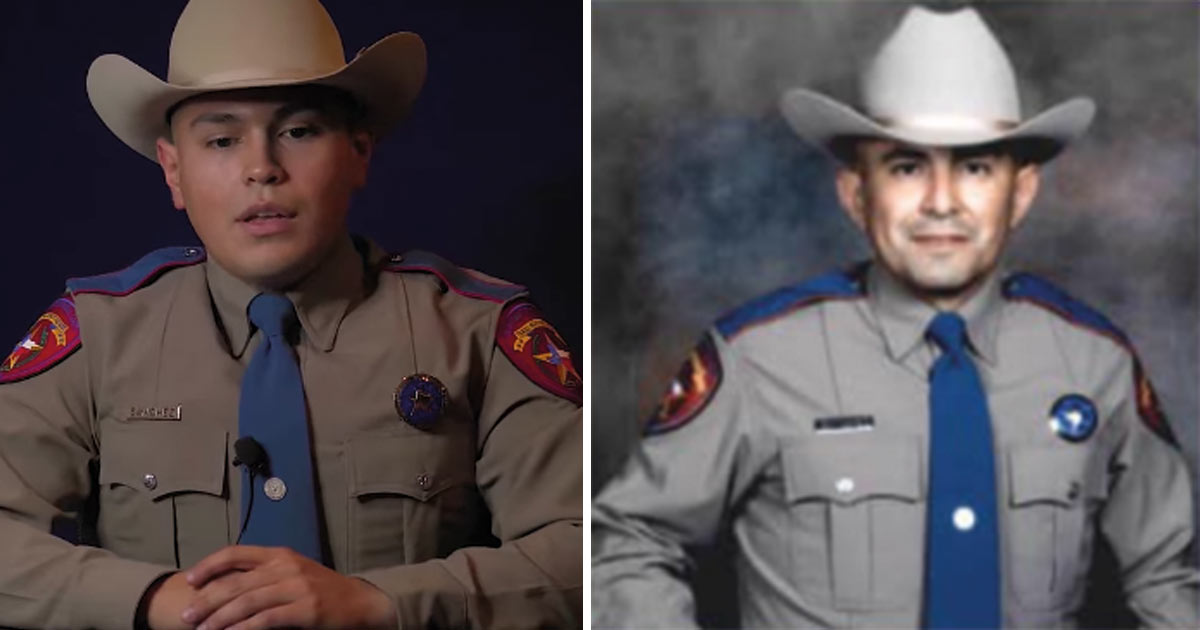 The son of a Texas State trooper killed in the line of duty is honoring his father’s memory by joining the ranks himself.

Zachary’s father DPS Trooper Moises Sanchez was shot in the shoulder and head as he tried to arrest a suspect accused of fleeing the scene of a crime on April 6, 2019.

Four months after the 49-year-old was shot he died as a result of complications from his wounds, according to the Officer Down Memorial Page (ODMP).

The married father of three had served with Texas Highway Patrol for four years, as per the ODMP page. In October 2019, the corner where he was shot was renamed Trooper Moises Sanchez Blvd.

At the ceremony, his mother Yvonne Sanchez handed Zachary his diploma. They then hugged each other as the crowd stood up and clapped.

“A legacy built by heroes. Heroes like Trooper Moises Sanchez,” Gov. Greg Abbott said during the ceremony. “His legacy continues to live on as his son joins the ranks of the Texas Department of Public Safety.”

DPS shared a video of Zachary explaining why he decided to become a trooper, before his graduation.

“After seeing my own father go through the DPS academy and live the life of a trooper, I got to witness first hand that while his work had its own fair share of excitement, that sense of fulfillment and service leaked out into even the simpler efforts,” Zachary said, as per ABC13 Houston.

“I feel I can honor the legacy he leaves while committing to a career where every day I get the chance to support the people around me.”

Congratulations to State Trooper Zachary Moses Sanchez and all the other candidates who graduated that day as they go forward to serve the nation, putting their lives at risk to keep us safe; they are true heroes.