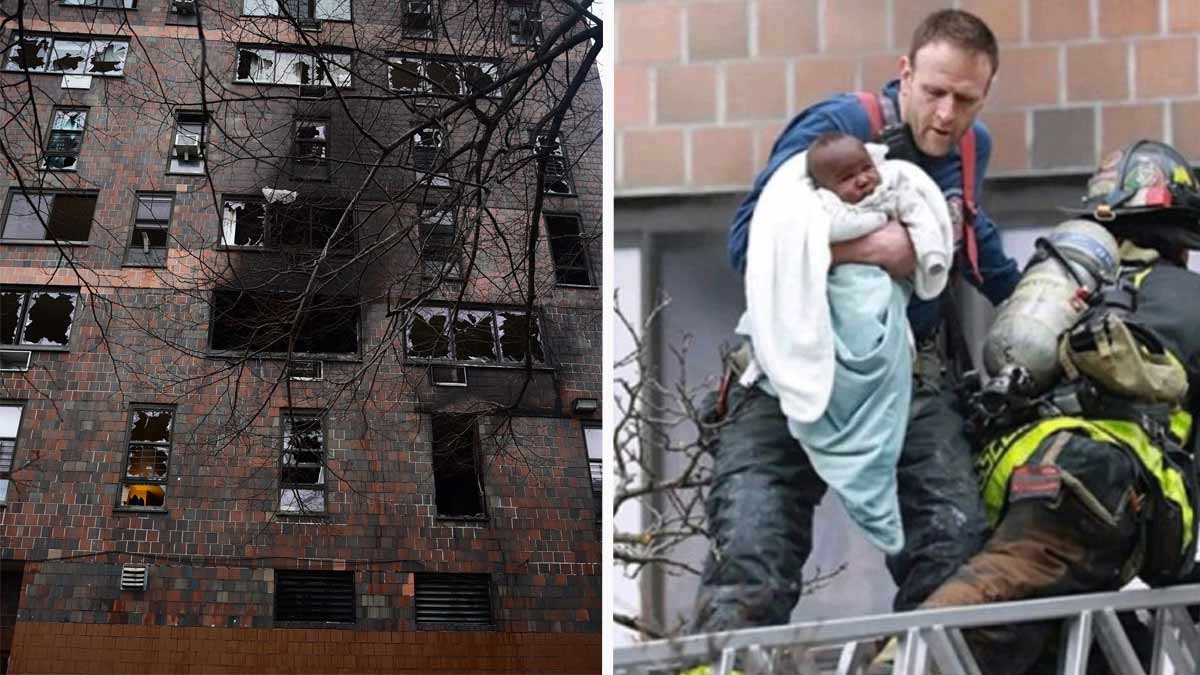 Nineteen people are dead and dozens more were left injured after a horrific blaze ripped through an apartment building in the Bronx Sunday morning.

New York City Fire Commissioner Dan Nigro said a malfunctioning electric space heater caused the fire, and the deadly fire spread when a door in a two-level second-floor apartment, where the fire originated, either didn’t automatically close or was left open.

During a press conference, Nigro added it’s likely that a second open door allowed the smoke to travel throughout the 19-story building.

As residents and officials come to terms with the extreme loss of life, stories of survival have emerged.

Fatima Wood shared how a stranger helped her and her young children down from the ninth floor after she thought they were stuck in the building.

Wood told NBC New York that she and her children were trying to escape, but the dense smoke made it nearly impossible. Just as she found the stairwell she ran into a neighbor she had never seen before.

“Me and that man had bumped into each other, he asked if we needed help bringing the kids down. I said yea, so he grabbed my daughter,” she said.

Mohamed Keita was in the process of escaping the smoky inferno, but he didn’t hesitate to stop and help a mother in need.

Keita, who lived near the top of the apartment building, grabbed the 3-year-old and rushed her down the stairs.

“As soon as I got down, the kid was cold, she didn’t have enough clothes. So I took off my jacket and I wrapped her in my jacket,” Keita said.

He brought her to a waiting ambulance. Both Keita and the girl were taken to a hospital where they were treated and released that night.

“I cried all day, even when we got here (to the hospital) and we finally see her, I was still crying because it’s so traumatizing,” Wood said.

She and another child were eventually rescued by firefighters.

Approximately 200 firefighters responded to the blaze, which New York City’s new mayor Eric Adams said will be “one of the worst fires we have witnessed here in modern times in the city of New York.”

More than 60 people were injured, some left with life-threatening injuries, in the fire. At least 19 people were killed, including nine children, and it’s possible that number may increase.

My heart is broken. I cannot imagine how scary it was for everyone inside the apartment building as it filled with smoke.

Thank you to everyone who helped their fellow neighbors escape, and thank you to all the first responders. You are all heroes.