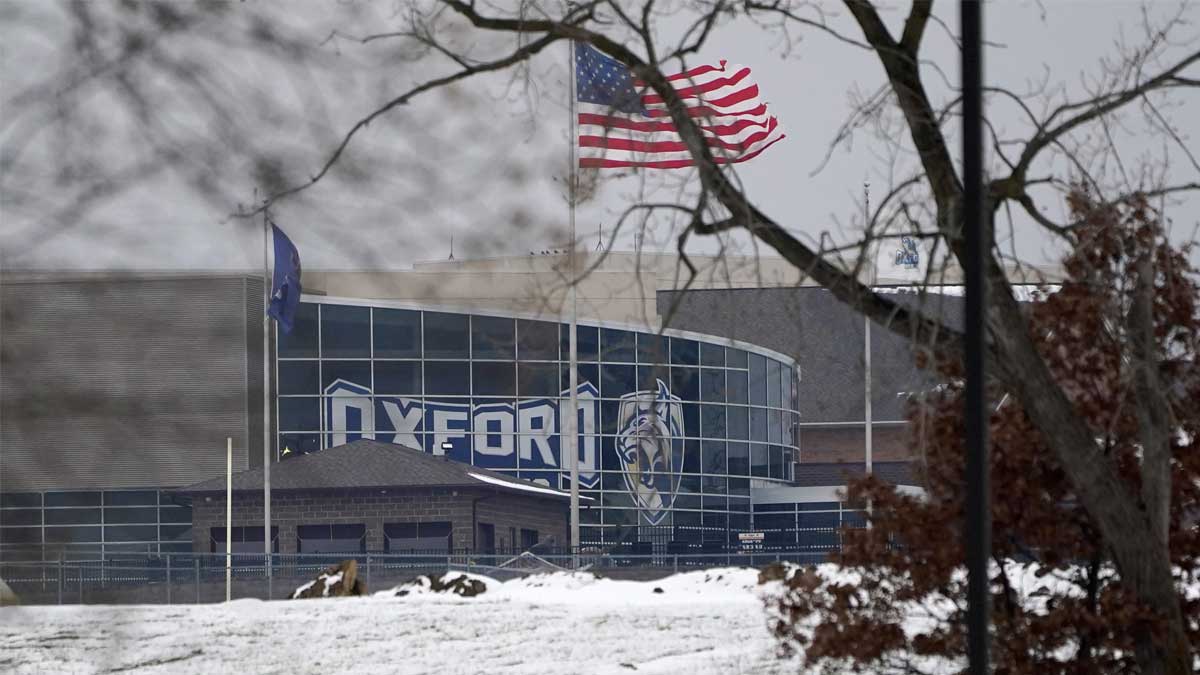 Oakland County Prosecutor Karen McDonald announced the 15-year-old suspect in the Oxford High School shooting will be tried as an adult.

Ethan Crumbley is charged with four counts of first-degree murder, seven counts of assault with intent to murder, 12 counts of possession of a firearm in the commission of a felony, and one count of terrorism causing death.

The shooting began around 1:00 p.m. Students reported hearing an ALICE warning, a program used to alert students and teachers, shortly after they heard the first shots fired.

“I just kept thinking it’s probably a suspicious person walking campus, they’ll get them in a minute and it’ll be over,“ one student told FOX 17. “In various group chats, I start to get messages saying ‘this person got shot, that person got shot,’ and immediately I was like, ‘OK this is real.’”

Students armed themselves with what they had – calculators and scissors – as they barricaded themselves in their classrooms.

Police arrived within five minutes, and two to three minutes within their arrival the 15-year-old suspect surrendered, according to reports. The suspect was not injured.

The gun the suspect used was purchased by his father on Black Friday.

Three people were killed, and eight were sent to the hospital. One of the victims, Justin Shilling, who was transported to the hospital, died Wednesday morning.

A teacher was treated and the hospital and has since been released.

Six more remain in the hospital. A 14-year-old girl was placed on a ventilator after surgery.

During Wednesday’s press conference, McDonald stated it was possible the 15-year-old’s parents could also face charges. It was also possible the teen could face additional charges.

It makes me sick how many school shootings we have in the United States. Why do we constantly have to worry about our children and teachers in schools?

When is enough going to be enough?

Please share this if you are against gun violence and want to see something done about stricter gun laws.