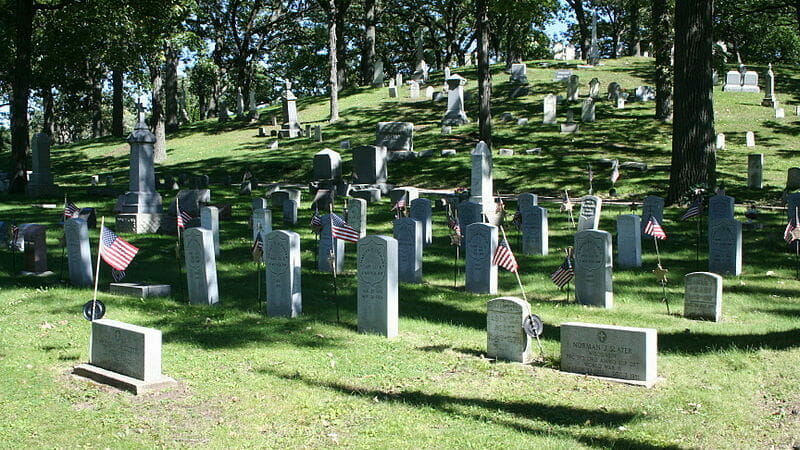 It’s a time-honored tradition that on the eve of Memorial Day scouts across the nation place American flags on the graves of veterans.

But when Eagle Scout Austin Erich placed flags on gravestones he noticed what poor shape they were in and was saddened by their condition.

The 17-year-old decided to do something about it and after his hard work toward a two-year project he is being honored with a special ceremony.

Austin, from Ridgway, Colorado, said he told his dad that you couldn’t even read the names on some of the gravestones.

“He said, ‘This isn’t right for a veteran to lose recognition,’” his dad Chris Erich told the Courier Express.

Erich, a Middle/High School senior, decided to start the project to restore 55 Civil War veteran headstones in his local community.

He raised just over $7,000 to complete the project replacing footers, new markers, and helping to dig up and replace two of the headstones by machine.

For his project, which he started in 2017, Erich also researched 68 local Civil War veterans for a book to document his achievements.

“He has a lot of pride for people who have served in the military,” Erich’s dad told the Courier Express. “He would always go up to them and shake their hands.”

A ceremony for Erich and his project is due to be held later this month when the hardworking teen plans to read the Civil War veterans’ names and contributors to the project, and have the book on display.

Thank you Austin. What a wonderful act of kindness, not to mention all the hard work involved. Thank you and great job, young man!

Please share to pay tribute to this inspirational young man.