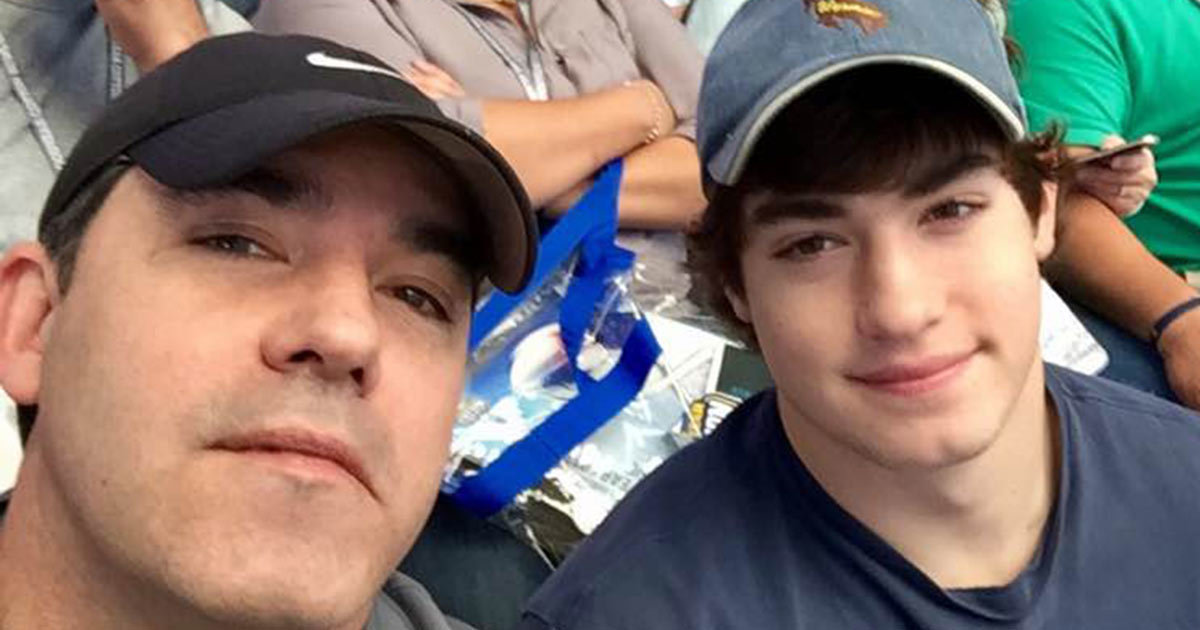 What is the most embarrassing thing ever? The answer to that question can vary greatly from person to person – but for teens, there is one iconic thing that never fails to embarass: parents.

So when a 17-year-old teenage boy from Texas misbehaved at school, his dad got a brilliant idea. Instead of grounding him or removing cell phone rights, he decided to use a rather, not to mention creative, form of punishment.

It all began when 17-year-old Bradley Jr. Howard’s teacher repeatedly complained that the teen spoke too much during lessons.

“I like to talk a lot, and so my teacher kept emailing my dad about it,” Brad told BuzzFeed News.

In the end, Brad’s parents realized that they needed to put their feet down – and dad suddenly came up with a rather unconventional solution.

“For some reason I said, ‘Hey, if we get another call I’m going to show up in school and sit beside you in class,” the dad told Buzzfeed.

It was a warning that all teenagers would should take seriously – but unfortunately, this 17-year-old paid it no heed. Eventually, another call came from the teacher – and dad felt backing down on his word was not an option.

Said and done. The teen arrived to class one day – only to find to his horror that dad was already sitting in the classroom.

“I didn’t even notice him until after I had said hi to all of my friends, but I was super shocked,” the teen said.

Brad’s classmates naturally got a good laugh out of the situation – and little sister Molli Howard decided to post about it on Twitter, sharing the picture below and writing: “My dad told my brother if he got another call from the physics teacher complaining he would go sit in in his class… dad got another call “

Mother Denise Howard also later commented on the viral event: “The Howard men are famous. We’ve had a great time with this but more than anything we hope we don’t get anymore calls about Bradley interrupting in physics class,” she wrote on Facebook.

Watch the below report about the incident:

Share if you also laughed at dad’s creative punishment!