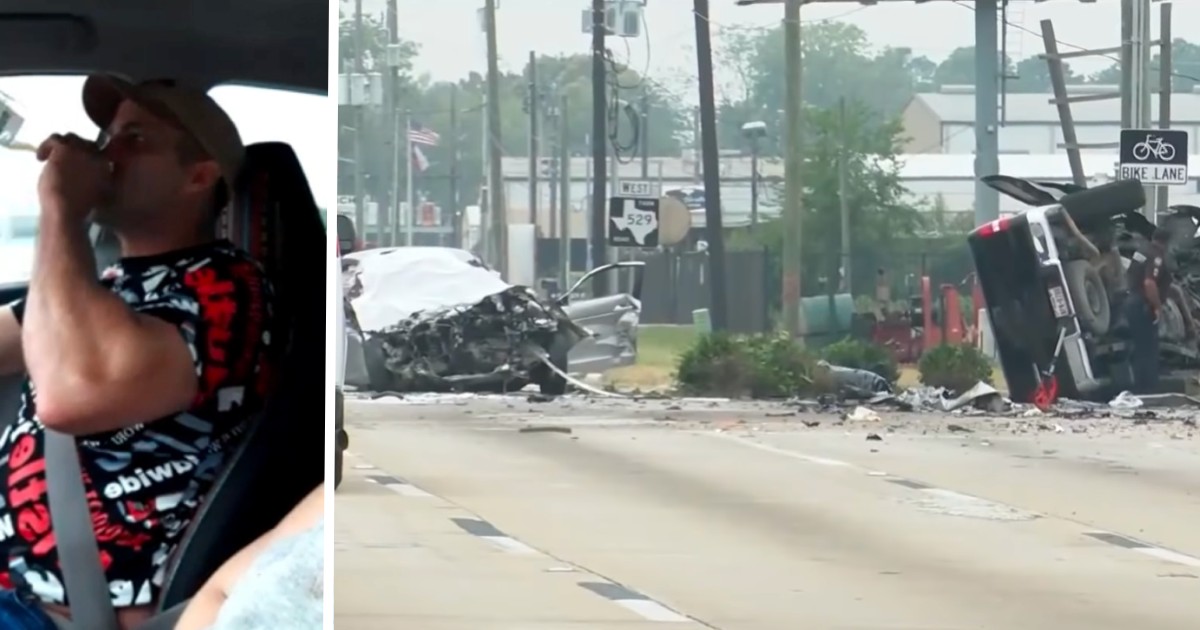 New video has been discovered after a crash in Houston, Texas killed three and injured two on October 25.

The video, which is a Facebook live, confirms their suspicions.

In the video, Camilo Morejon, 47, appears to be driving himself and three other passengers, one who was his girlfriend, while he drinks a beer.

The other passengers also take a drink.

At one point during the video he tells his passengers, in Spanish, that he drives better when he drinks.

Minutes after the video stops, the fatal crash occurs.

According to KSAT, Morejon was caught on surveillance video six minutes later crashing his vehicle “at a high rate of speed” into a pickup truck.

The driver of the truck, who was not wearing a seatbelt, was ejected from his vehicle. He was hospitalized in very serious condition.

The three passengers from Morejon’s vehicle were pronounced dead at the scene, according to NBC News.

“It’s very rare that we see the actions of a defendant that close in time to a horrific crash like this. But, it’s what happens, it’s what goes on in those cars moments before lives are lost,” Harris County prosecutor Sean Teare said.

Morejon has been charged with three counts of intoxication manslaughter and one count of intoxication assault. The Harris County District Attorney said if the other driver does not survive, the charges will be upgraded.

Driving while drinking is NEVER okay. So many lives were ruined because of this man’s decision.

Share this if you agree that it’s never okay to drive while drunk.