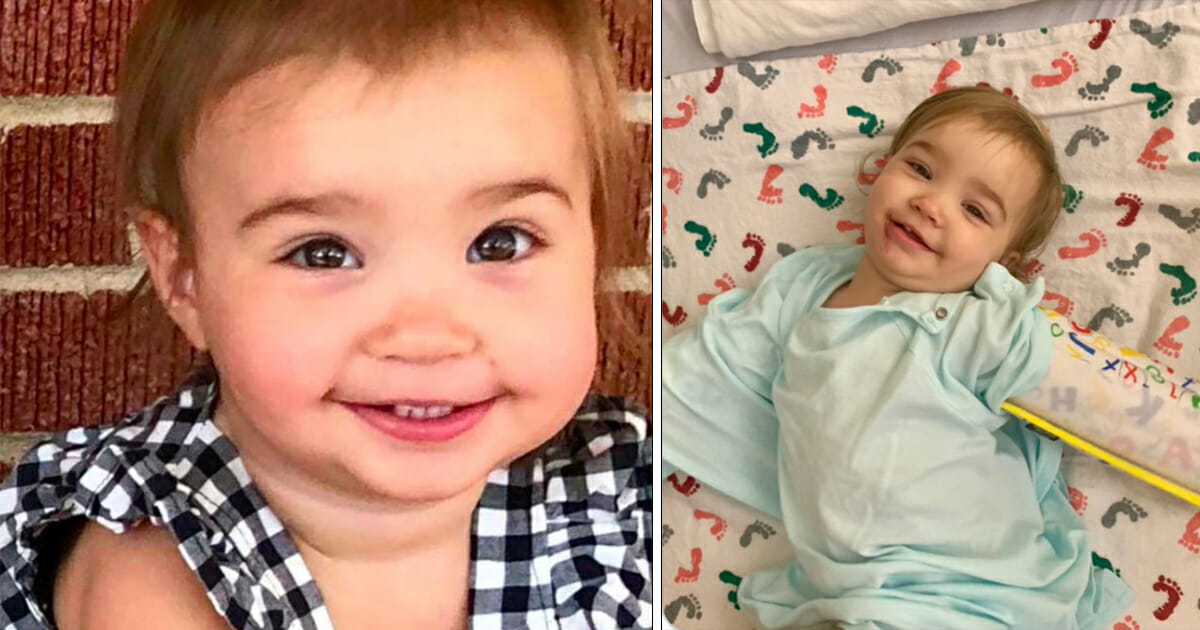 Anderson Davis, the 17-month-old injured during the West Texas shooting rampage at the weekend, is out of surgery and recovering well.

According to reports, Anderson, who was hit in the face by shrapnel that tore through her bottom lip and damaged her front teeth, is expected to make a full recovery.

The young girl was scheduled to undergo surgery yesterday, and it appears that all went well.

As we previously reported, little Anderson was one of 25 people injured at the weekend when a man hijacked a mail truck and went on a shooting spree in West Texas. The suspect was eventually shot dead by police after a stand-off outside a cinema, but not before killing seven people.

Anderson was hit by flying shrapnel that injured her chest, lip and teeth, but Ector Country Sheriff Mike Griffis said in a statement on Monday that she is now at home and on the mend.

Good News: 17 month old Anderson Davis is now at home. She’s the baby who was shot in the Odessa mass shooting, hit with shrapnel & left with a hole in her lip & tongue. She underwent surgery before going home. Her mother shared these pictures with CBS News. pic.twitter.com/4uYLWOWaV9

Parents Kelby and Garret Davis said in a statement emailed to CNN: “We hurt so badly for the families whose loved ones didn’t survive this tragedy.

“We are thankful for our beautiful baby girl and look forward to reuniting her at home with her twin brother soon.”

#RT @WSMV: 17-month-old Anderson Davis was one of the 22 people injured in a shooting spree in West Texas. Despite her injuries, she's expected to make a full recovery, her parents said. ❤? https://t.co/toIPUj5A8X

CNN cite the FBI in reporting that the gunman responsible for the rampage on Saturday, Seth Ator, was in a “distressed mental state” and had been fired just hours before he began the shooting.

We’re so happy Anderson Davis was able to make a full recovery. Our thoughts and prayers continue to go out to those still recovering and those not fortunate enough to survive.