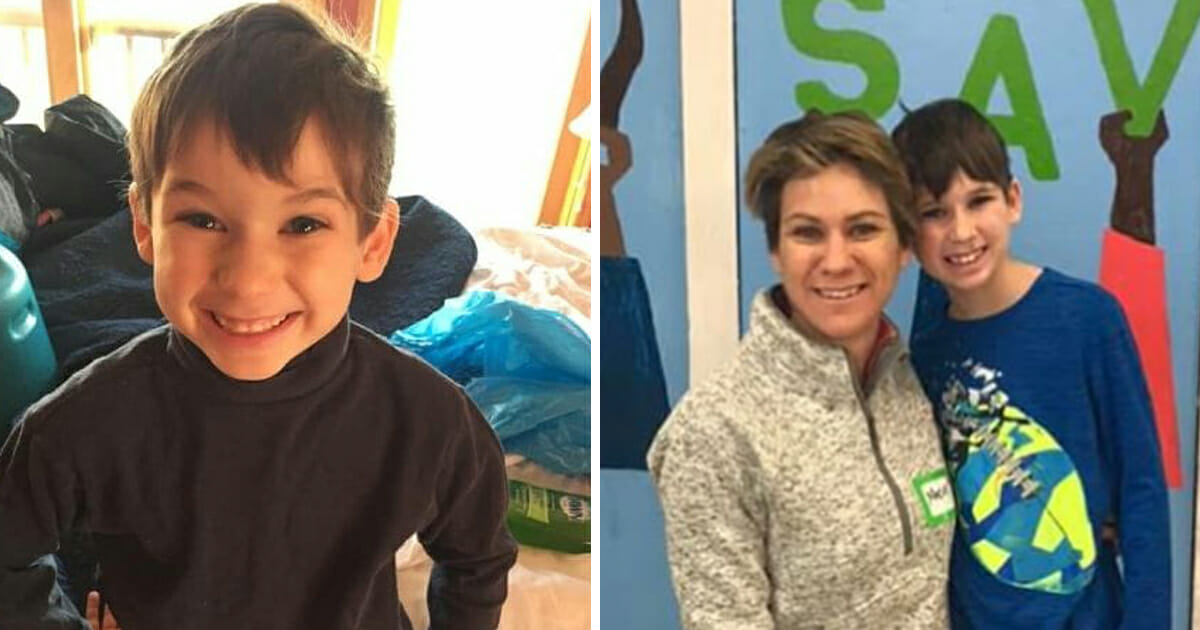 The body of Gideon McKean, great-grandson of former Sen. Robert F. Kennedy, has been found six days after he and his mother were last sighted alive.

Searchers looking for the pair, who were last seen when they took a canoe out into Herring Bay – an offshoot of Chesapeake Bay – found Gideon’s body on Wednesday, as per reports.

Police with Maryland Natural Resources confirmed the eight-year-old’s body was found in 25-feet of water, according to USA Today.

Gideon is sad to have been found more than two miles from Shady Side, Maryland, the residence of his grandmother, Kathleen Kennedy Townsend. The McKean family had been there to self-isolate during the coronavirus pandemic.

Earlier this week, Dave McKean, Gideon’s father, told how Gideon and his mother, Maeve Kennedy Townsend McKean, had been playing kickball by the water. When one of them kicked the ball in they got a canoe to fetch it, only it’s believed strong winds and heavy seas may have prevented the mom and son from returning to the shore.

Gideon’s body was found about 2,000 feet from where searchers found his mother’s body, as per reports.

Dave McKean said: “It is impossible to sum up Gideon here. I am heartbroken to even have to try. I used to marvel at him as a toddler and worry that he was too perfect to exist in this world. It seems to me now that he was.”

I am truly heartbroken to hear the confirmation that little Gideon also passed away in this tragic accident.

Life is a fragile gift, and one that can change or be taken away on a dime. Cherish your loved ones and may the most of every day!

Share this article to send prayers and blessings to the family of Gideon and Maeve McKean.