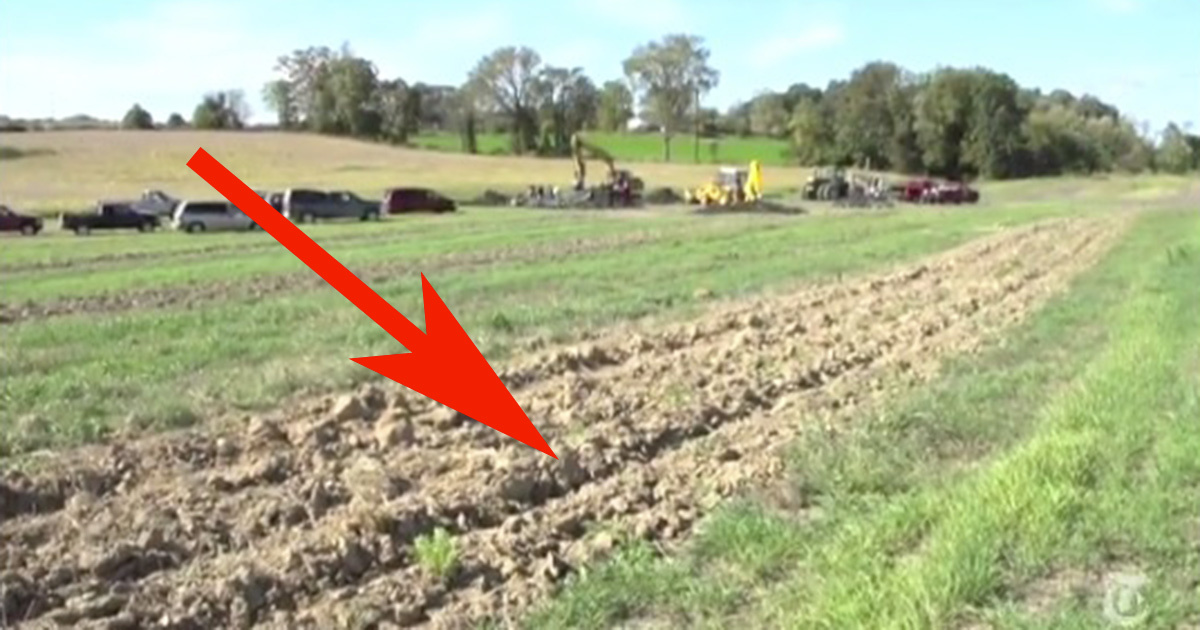 It was a regular day in the life of Michigan, US, soy farmer James Bort, who was out ploughing his field. But on this day, he hit something hard beneath the earth. He thought it to be some kind of fence post. But it turned out to be something completely different. Buried beneath this ordinary farmer’s land, a discovery was made which is blowing the minds of thousands of regular people and archeologists alike. It was not a fence that he hit – instead it was enormous ribs. I’m just amazed that these massive creatures once roamed our Earth.

It was on his soy farm in Chelsea, Michigan that farmer James Bort made the incredible discovery.

They discovered the butchered remains of a 10,000 year-old woolly mammoth. While shovelling, James had actually hit part of a rib.

According to Dr. Daniel Fisher, the paleontologist who lead the excavation, the mammoth most likely roamed the area 11,700 to 15,000 years ago. He would have been about 40 years old when he died.

Watch this fascinating video of the excavation below.

The paleontologists said that parts of the giant beast had likely been stored there 10,000 years ago by the prehistoric people that captured it, in order to come back and eat it later. But they mysteriously never returned. However, the mammoth’s legs were not found, leading the research team to assume that those were either buried somewhere nearby or had in fact been consumed.

Before grabbing a shovel and heading out to your own backyard, do keep in mind these amazing occurrences don’t exactly happen everyday. But you never know! 🙂