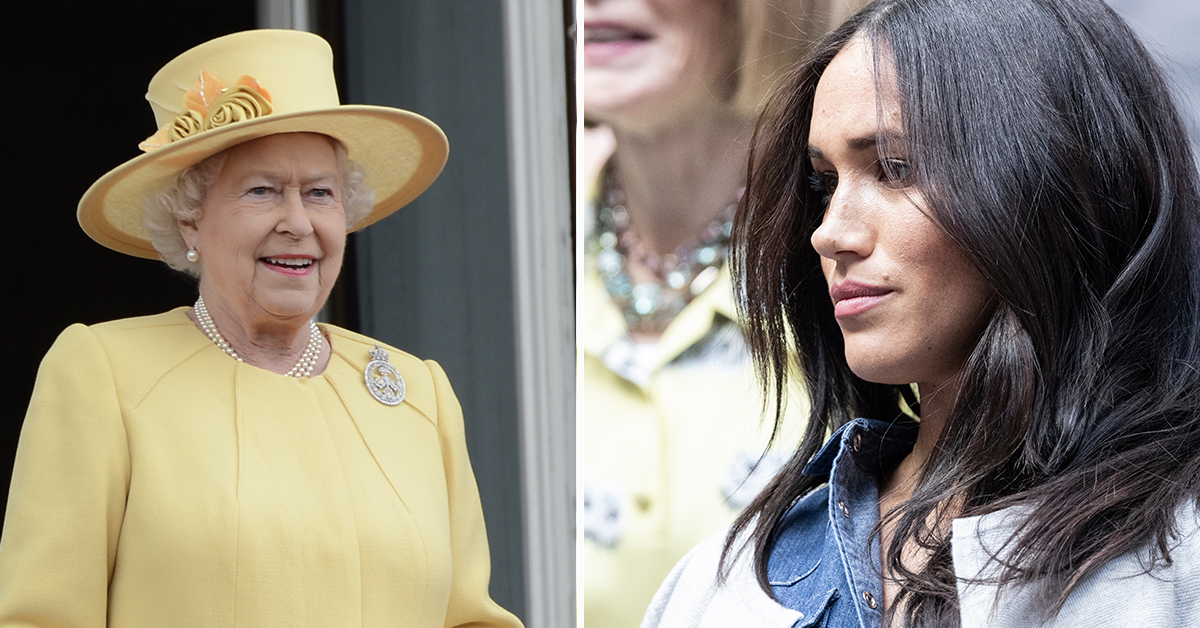 Of all the long years of Queen Elizabeth‘s reign, 2021 has to be up there with the most trying. And we’re only in May.

The now-95-year-old would have been forgiven for thinking her hardest days were behind her, but being the Queen of England – arguably the world’s most recognizable monarch – is imbued with difficulties both unpredictable and unsavoury.

With this year having started off as the last ended – and the Queen remaining in quarantine – there was surely hope that the first few months would offer something of a reprieve. The worst of the COVID-19 pandemic appeared to be over, and the circulation of a vaccine had begun in earnest.

Yet other problems – both home and abroad – have reared their heads, and it’s those that have taken their toll on Her Majesty.

It could be argued that it started with Prince Harry and Meghan Markle’s tell-all sit-down interview with Oprah Winfrey, during which the couple levelled a whole host of damaging claims at the Royal Family.

Queen Elizabeth is the matriarch of said family, of course, and so much of the scrutiny where the eyes of the world were concerned fell directly at her doorstep.

During the interview with Oprah, Harry and Meghan, who last year announced their plans to ‘step back’ from their royal duties, accused Royal Family of – amongst other things – bullying and racism, with Meghan suggesting she even harbored thoughts about taking her own life.

Needless to say, it was an issue that Queen Elizabeth did not need, nor likely expect to have to deal with.

Nevertheless, in typically robust fashion, she issued a statement promising to get to the bottom of Harry and Meghan’s claims.

“The whole family is saddened to learn the full extent of how challenging the last few years have been for Harry and Meghan,” her statement read.

Yet merely a month after the drama played out, and with the initial shock of the Oprah interview beginning to fade, Queen Elizabeth was struck once again by the cruel fist of fate.

Prince Philip’s death at the age of 99 must have impacted Her Majesty terribly – not only has she lost the love of her life, but also the rock wherein much of her strength was grounded.

With Prince Philip now buried, the Queen has resumed her usual duties, though it’s speculated that she will begin to take a back-seat in favour of letting her son, Prince Charles, future King of England, have more of a direct say in matters.

To that end, there remains the mess with Harry and Meghan to clean up. The couple say they are moving on with their lives in the US, but critics have pointed out that they appear to be taking every chance possible to double down on their criticisms of the life they left behind.

Just what Queen Elizabeth makes of it all deep down can only be speculated about, though palace insiders have said in the past that she likes Meghan.

Even so, one thing she won’t be allowing is for the former Suits actress to borrow any jewelry from the royal collection.

A royal insider is said to have told The Sun: “This is a surprising situation that has been going on behind the scenes over the past few months and has caused tension and upset, especially for Harry.

“It is at the discretion of the Queen and trusted advisers which items in the Royal Collection she chooses to loan out and to whom.

“Aspects of Meghan’s behaviour, including before the Royal Wedding, caused resentment with forces within Buckingham Palace.

“To be perfectly honest, the Queen herself was not impressed with some of Meghan’s demands, especially as a new member of the family.

“As a result, Buckingham Palace has decided that not all items from the Queen’s royal collection will be opened up to Meghan.

“As part of that situation, the Queen informed Prince William that the items from the Royal Collection worn by Princess Diana would not immediately be made available to Meghan.”

It remains to be seen just how this defining recent chapter of the Royal Family will come to a close, but one thing’s for sure: the tensions are yet running high.

What do you think about Harry and Meghan Markle’s comments to Oprah Winfrey? Do you believe that they’ll be able to live a better life now that they’re away from the Royal Family?

Let us know your thoughts and feelings on the matter in the comments box. Meanwhile, share this article on Facebook to encourage healthy debate.