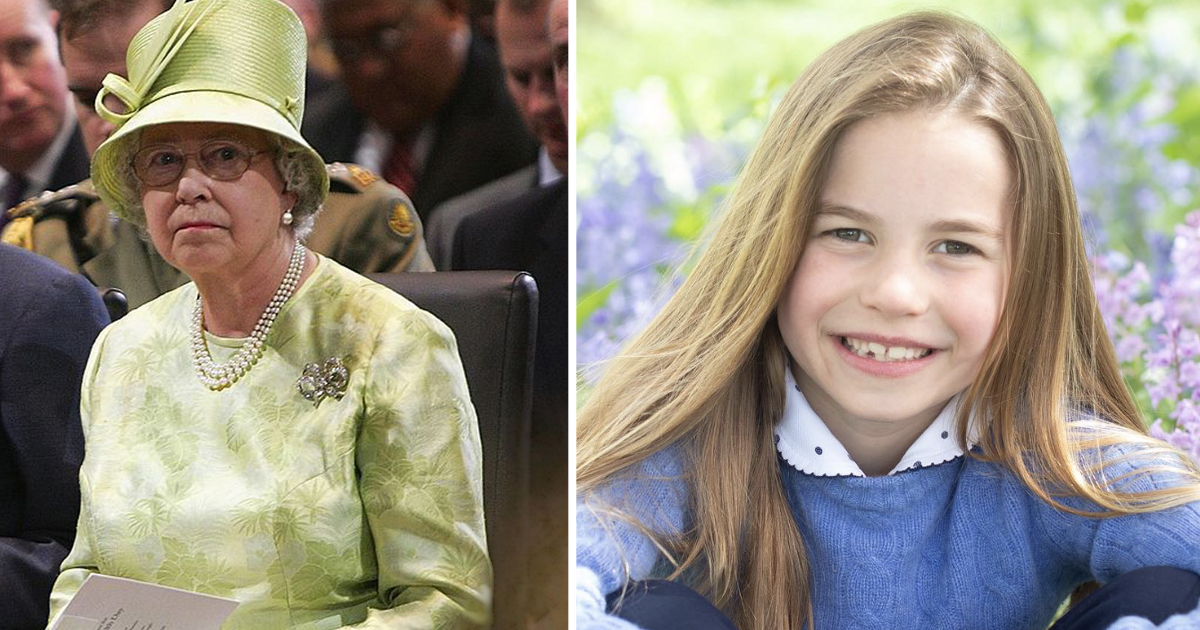 One of the things Queen Elizabeth will always be praised for is her dedication to modernizing the monarchy considerably during her reign.

And as she got older, she became bolder in her choices. When she became a great-grandmother she changed laws so her great-granddaughter would never suffer or be made to feel less-than...

Queen Elizabeth II died on September 8th, 2022 at the age of 96. She spent over 70 years on the throne, making her the longest reigning monarch in British history.

During her long reign, the Queen made a lot of changes to the monarchy. One of the most significant changes she made was perhaps what she did for her great-granddaughter, Princess Charlotte.

After having experienced the unfairness doled out to her own daughter, who was bumped down in her position to the line of succession after her little brother was born as male heirs took precedence over female ones.

The Queen knew very well what it was like to have a daughter be overlooked in the line of succession simply because of her gender. One day Princess Charlotte is set to inherit the Princess Royal title from her great-aunt Princess Anne.

Princess Anne, much like her grand-niece is the middle child, in between two brothers. When her younger brothers Prince Andrew followed by Prince Edward were born, because of an archaic law, Princess Anne was moved down the line of succession behind them.

The law dictated that a male heir has precedence to ascend to the throne before a female heir. While the Queen did not do anything when it came to her children, the long-reigning monarch knew she could not let the injustice take place again.

So when Prince William and Kate Middleton were expecting their first child, she had the law changed. She issued the Succession of the Crown Act, which updated the laws that were discriminatory towards female heirs of the crown. With this law, all children were to have an equal right to the throne regardless of their gender.

What this means for Prince William and Kate Middleton’s children is that since Prince George is the oldest born, he is first in the line of succession, followed by his sister Princess Charlotte and then their brother Prince Louis. If the law had not been changed, after the birth of Prince Louis, Charlotte would have been bumped down in the line of succession; her brother taking precedent.

Constitutional expert Iain MacMarthanne commented on this act. He explained, “The 2013 Act sought to bring multiple pieces of outdated and discriminatory legislation relating to the monarchy up to date.”

He further added, “The disqualification from inheriting the throne by marrying a Catholic was removed; and the Royal Marriages Act of 1772 was repealed, resulting in only the first six in line to the throne being required to obtain the sovereign’s permission.”

In 1948, when the Queen was about to give birth, people realized that while she was second in life of succession, her children would be born as “commoners.” George VI issued a Letters Patent about the situation and made sure his grandchildren would enjoy the royal titles of Prince and Princess.

“Just as her father had done it took the Queen issuing Letters Patent to remedy the situation,” MacMarthanne said of the Queen’s decision.

According to Closer Weekly, George, Charlotte, and Louis met the news of the Queen’s passing with many tears and great sadness.

It was Kate who delivered the news.

“She wanted them to hear about the tragic news directly from her to ease the blow. Kate used her words carefully and said that Elizabeth is in heaven with Prince Philip. There were lots of tears and hugs and naturally the children are upset,” an insider told the tabloid.

The Queen really was a progressive monarch who made all the needed changes in the monarchy laws to update it to today’s standards.

What do you think of the Queen’s decision to make sure all heirs regardless of gender should have their right to the throne? Let us know in the comments section.