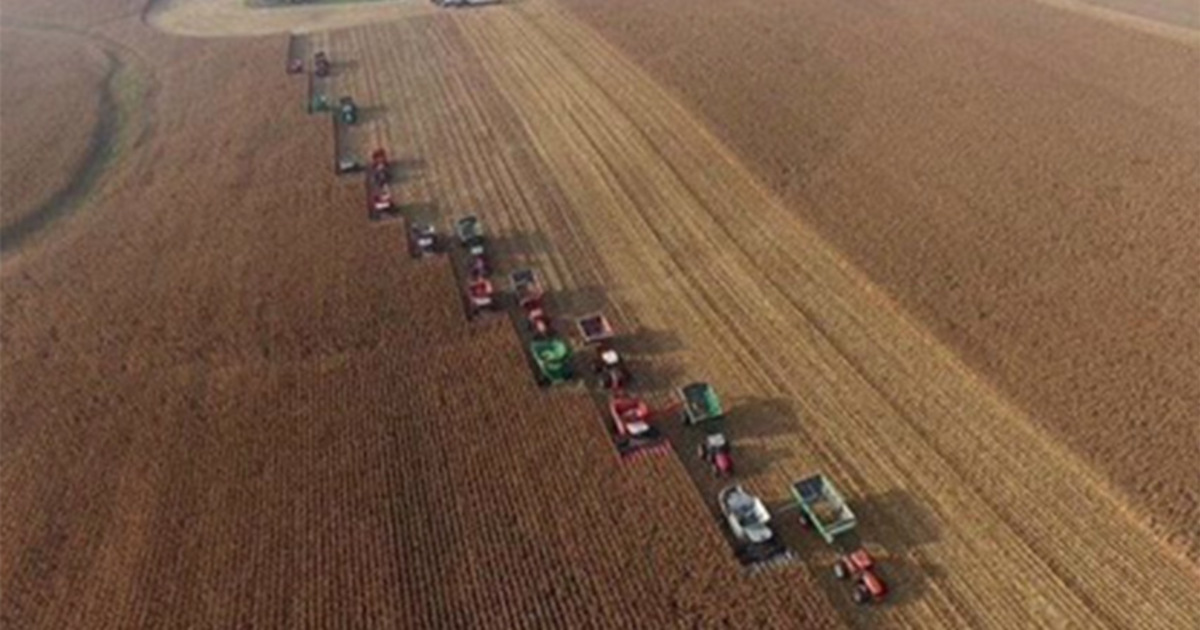 When life takes an unexpected turn in the form of being affected by the pains of cancer, the challenges are both psychological and physical. And if you’re also struggling with maintaining a large farmhouse, those challenges can feel even larger. Coping with everything is not easy. This was the case for an American farmer who struggled with coping with the year’s harvest as he suffered from cancer. But then, a few good people came forward and changed everything.

When Carl Bates, a farmer from Illinois, USA, was diagnosed with cancer, he could no longer look after his fields – 450 acres of land on his own was just too much for him to handle.

Carl’s family decided to reach out for help. They began speaking with neighbors and spreading Carl’s story via social media, asking people to kindly assist Carl with his harvest.

More than 40 people from the neighborhood showed up to help, with local shops lining up to donate food and drinks to all those working. In just one day, they managed to harvest the entire land- a daunting task which would normally have taken at least a week.

“It fills us with pride to be from here,” Carl’s cousin, Jason Bates, told The Huffington Post in an email. “It shows how many good, selfless people there still are in this country.”

Carl took an emotional walk down to his fields to personally thank each and every person that had come to support and help him when he needed it most.

“It was special when Carl came out to see everyone,” said Jason. “But the special moment was the moment of the day itself. Being together and enjoying the company of others through the work.”

This story of compassion straight to my heart. If it had the same impact on you, feel free to share it so that more people can be inspired by this beautiful act of humanity.